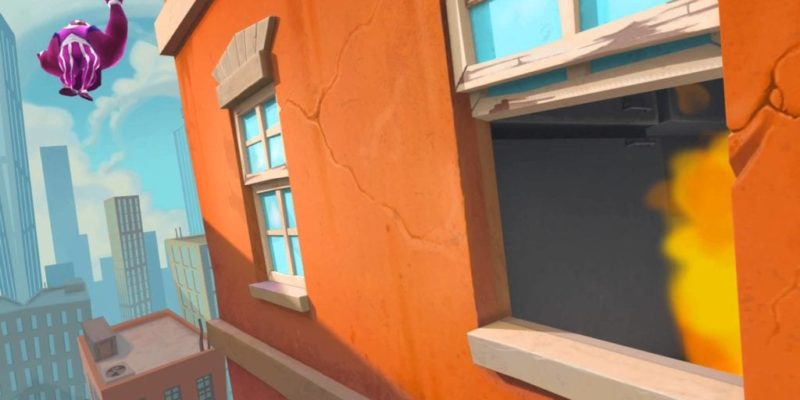 No Bull Intentions have slapped their forthcoming point-and-clicker Supreme League of Patriots onto Steam Greenlight.

Supreme League of Patriots has been proudly described as the game which may have “videogames’ most awful character”, which is quite a claim in a world where Postal 3 exists. You take the role of Kyle Keever, an aspiring actor who auditions for America’s Got Superpowers and gets a little too far into his alter-ego, the Purple Patriot. In addition to defending Truth and Justice and all that stuff, his rather extreme moral compass means he’s also dedicated to battling a number of other evils. Like hippies, and immigrants, and anyone less than hot-bloodedly heterosexual.

Which sounds monstrously offensive, but it’s worth noting that this is meant to lampoon scare-mongering outlets like Fox News and the Daily Mail and to satirise the things its protagonist espouses. Which might be excellent, if it’s done as well as South Park! Or it might just be monstrously offensive. This one’s going to live or die based on its writing, I suspect.

Supreme League of Patriots is set to arrive in three episodes, all of which should be out this year. I’ve managed to wangle some preview code, so I will likely have some more concrete thoughts on this sometime soon.

A trailer and some screenshots can be found below.