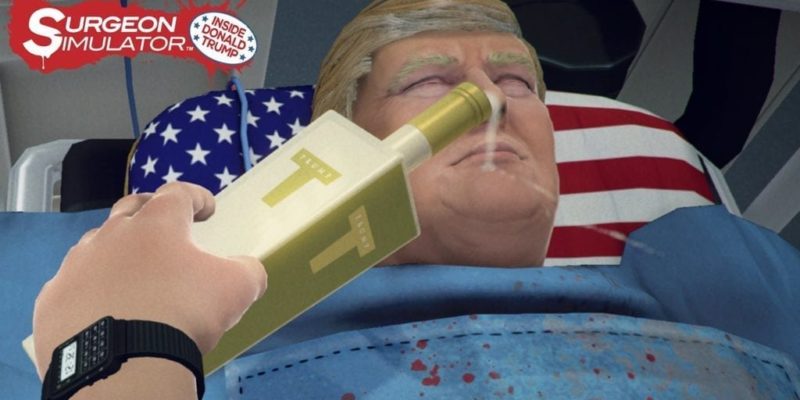 Any player who owns Surgen Simulator: Anniversary Edition on Steam will get this expansion for free, while people who have Surgeon Simulator 2013 will have to upgrade to the newer edition in order to perform a surgery on Donald Trump.

You can get more details on Inside Donald Trump via the video below and keep in mind that players will have to decide if they want to put a golden heart of a hero inside Donald Trump’s body or maybe a stone-heart transplant that belongs to a… villain!