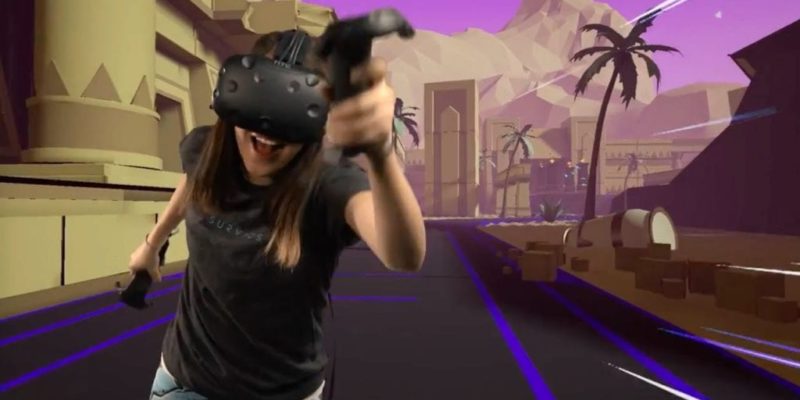 Suvios’ has done exceptionally well in the VR space with Raw Data and their next game is Sprint Vector. Today they announced that a beta test will take place between Friday 18 January and Sunday 28 January.

Sprint Vector is a mental looking physical game that will have players running, jumping, climbing, and flying through interdimensional race levels inside VR. It’s been designed with competitive play in mind and features multiplayer for up to eight players. It also utilises Suvios’ Fluid Locomotion System to help maintain extreme speeds in VR.

This is one game that could test your fitness levels and it should be highly entertaining. Today the beta sign-ups close down so get in quick if you want to take part. The schedule can be seen in the image below. 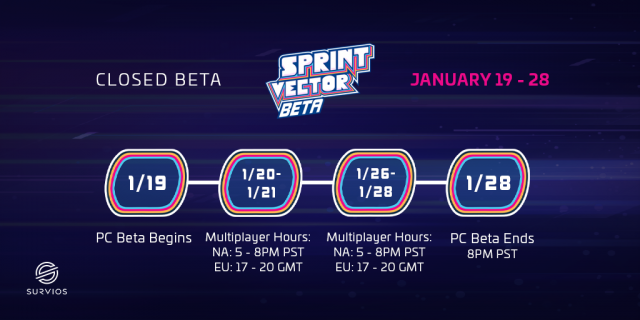