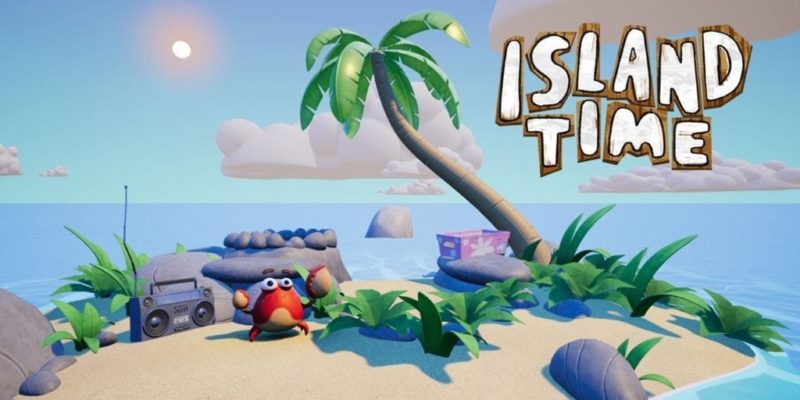 Stranded on a small island after a shipwreck, players will have to use limited resources and craft tools in order to survive in a race against time. Players will need to stay alive by not starving and generally not doing anything stupid like setting themselves on fire.

“Island Time VR is a comedy survival game where you play on an island the size of a coffee table,” said Adam Volker, Creative Director at Flight School Studio. “The game’s difficulty curve and secrets are designed to be discovered over multiple playthroughs. The player might craft a new item or find new foodstuffs they haven’t seen before. This trial and error is what teaches players to survive as long as they can.”

While stranded on the island you have a buddy called Carl, a crab that id voiced by Kinda Funny’s Greg Miller. Here’s the game’s first trailer and there’s an official website which simply states it’s “coming soon”.