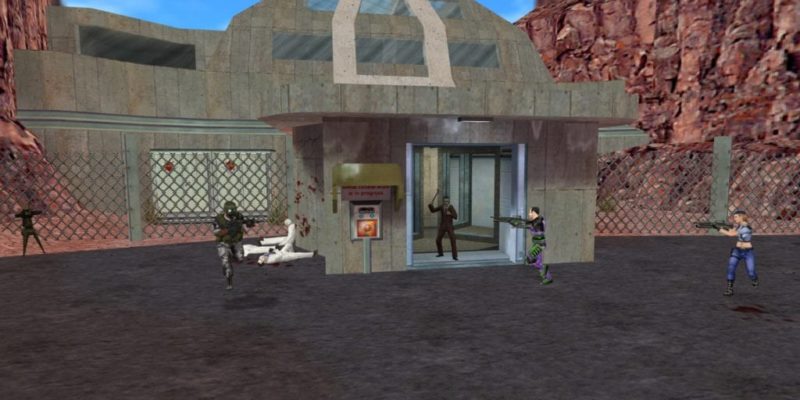 All is not well in the land of the venerable (and free) co-operative mod for Half-Life, Sven Co-op. A former mod contributor has posted extensive details about his behind-the-scenes efforts to solve long-standing bug issues in Sven Co-op, and the factors leading to his eventual resignation from the project.

A pair of extensive back-stories to the troubles can be found in the following Reddit thread, and in the archived words of ‘Solokiller’, the former contributor (last post in this thread). It seems that bad feelings were brewing for a while, but came to a head over the release of Sven Co-op 5.0 in January. That version reportedly had a number of bugs, and he wanted to do what he could to fix them.

This apparently brought him into conflict with project lead ‘Sniper’ (David McDermott; who has run Sven Co-op since the departure of original author Daniel ‘Sven Viking’ Fearon). In Solokiller’s version of events, he is frozen out or prevented from fixing bugs by McDermott at almost every opportunity, culminating with his leaving the project.

He continues to help out users through the Sven Co-op forum, until mod team members request that he stop referencing game code (effectively ending his ability to offer substantive aid). The thread linked above is the conclusion to this sequence of events, in which Solokiller says he’s no longer going to be able to provide community support.

Users of Sven Co-op don’t seem to have been too impressed at how this turned out, and had taken to the mod’s Steam forum page to express disappointment. Some were banned, and others hand their topics locked.

A statement from McDermott on the events can be found in the same locked Steam thread linked just above, where he attributes the bulk of the drama to a lone, disgruntled team member. “In any team environment there is going to be disagreements or arguments. No one is perfect and certainly no team is perfect. What you’ve read about is a disgruntled team member that chose to lash out even after agreeing to keep things professional,” he writes.

“What you have, on the team currently, is a group of people that have great passion for what they do. This is a free game produced by people on the internet. We have fulltime jobs and we fit in development time after work or on the weekends. A lot of time and money is put into this project – for absolutely no benefit – other than making people happy. That’s the only reason why Sven Co-op exists.”

“Today, the team is stronger than it ever has been … We’ve only just begun developing Sven Co-op. Expect a lot of exciting and interesting things as we progress in the coming months and years.”

Blood and Wine: A Completionist Review

By Andrew Farrell10 mins ago