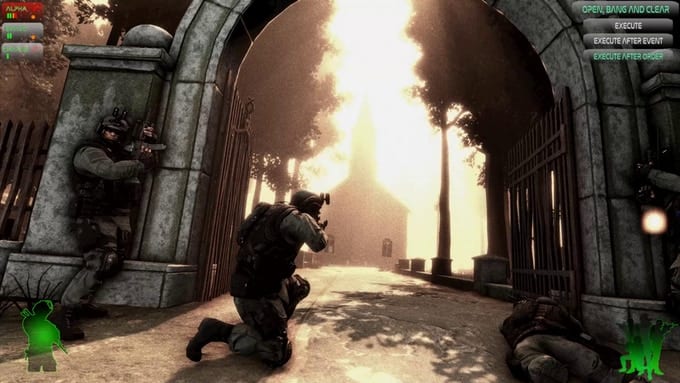 It’s been a while since SWAT4 graced our PC screens, it was way back in 2005. The SWAT series was a breath of fresh air when it appeared, shooters that involved tactical play where killing was not necessarily the objective. After SWAT4 the series faded away perhaps now it’s time to revive the genre and SWATNG is going to have a crack at it.

On Kickstarter, there is now a funding campaign live for SWATNG, or Swat Next Generation if you prefer. The team behind this are looking to raise a fairly realistic goal of £30,729 over the next thirty days. The team has apparently been working on SWATNG for a couple of years working out the complex AI required to make the scenarios as realistic as possible in this third-person game. They are an unknown team so make sure you read all the blurb before backing this to make sure you know what’s involved,

Players will be thrown into various SWAT team scenarios armed with a variety of weapons and vehicles such as an armoured truck, E.O.D robot, helicopter and paramedic units. As the SWAT officer, you will be in charge of ten SWAT team members which are divided into teams.

The video below covers most of what’s planned and you can find out more and back the project if you like what you see over on Kickstarter.

There is another SWAT-like game also in the works called Ready or Not but updates have been incredibly slow since it was revealed last year and we’re not sure if this project is still actually in the works.