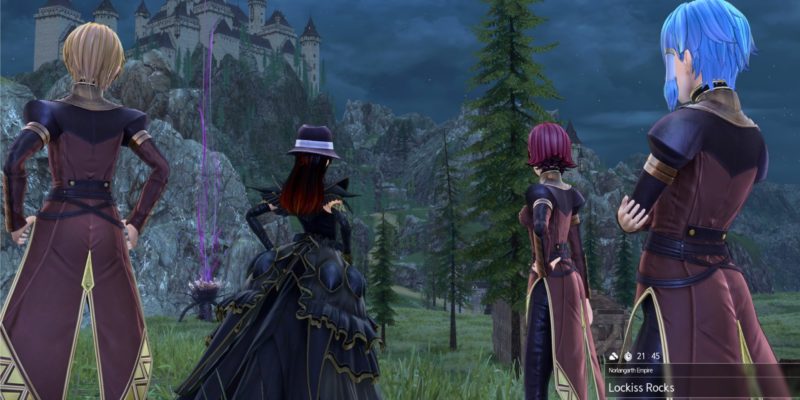 Sword Art Online: Alicization Lycoris has a number of customization and cosmetic options for your characters’ appearance. A couple of these can even be earned just by completing quests in Lockiss Rocks. I’m talking about the Empress’ Clothes and Grand Chamberlain’s Clothes, two costumes that can be used in the Visualize Attire panel. Here’s our guide to help you out.

The info was relayed to me by Kentun, the head of Sword Art Online: Alicization Lycoris‘ Discord and Reddit community of players. Kentun cited that all you need to do is complete all the service quests (ie. requests; the ones with the “pink quill” icon) found in Lockiss Rocks. All the NPCs are even found in Flaggidd Village in the southwest. 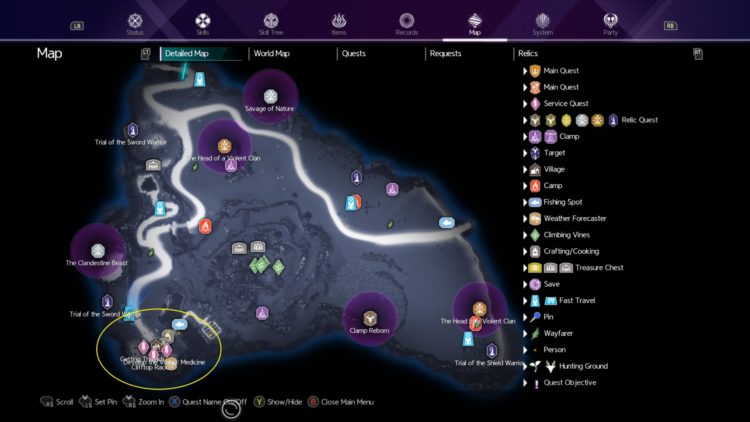 Here are the service quests to better prepare you. Keep in mind that some of these might require you to find specific materials/items or battle elite mobs in the zone. You can refer to our crafting and resources guide (which has lists from players on where to find materials), as well as our Divine Beasts guide which shows the location of Lockiss Rocks’ elites.

Note: The rewards upon completing each sidequest are shown below their respective requirements. 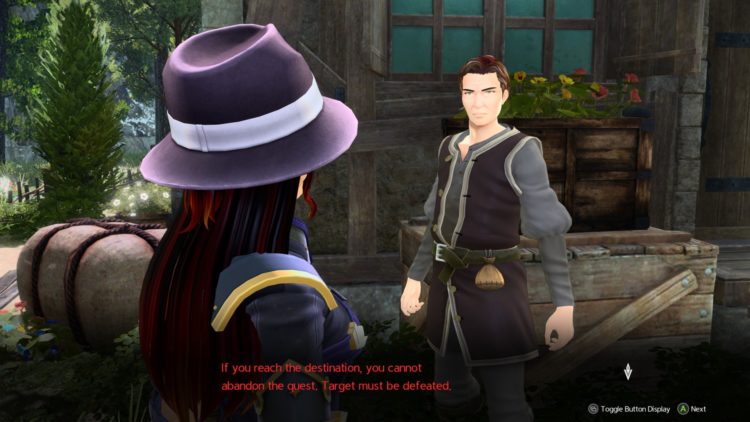 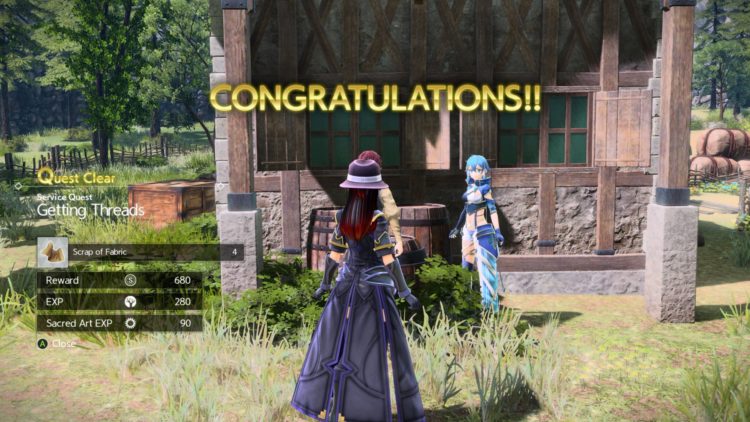 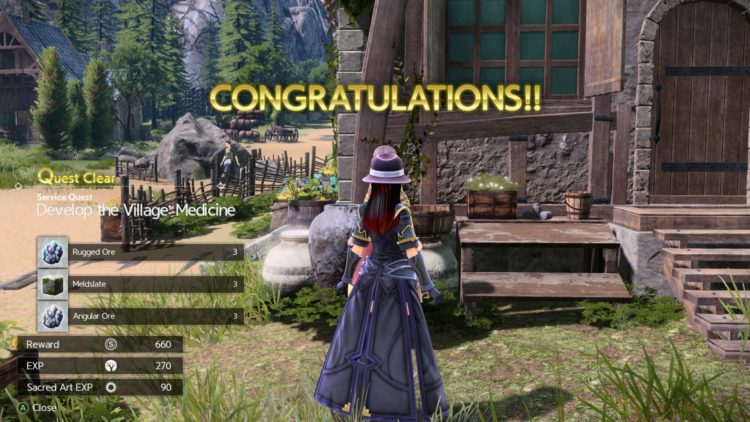 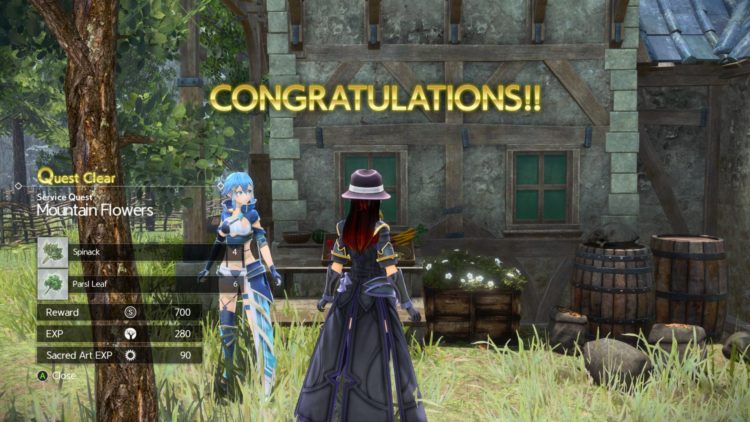 4. Loyalty to the Sacred Tree 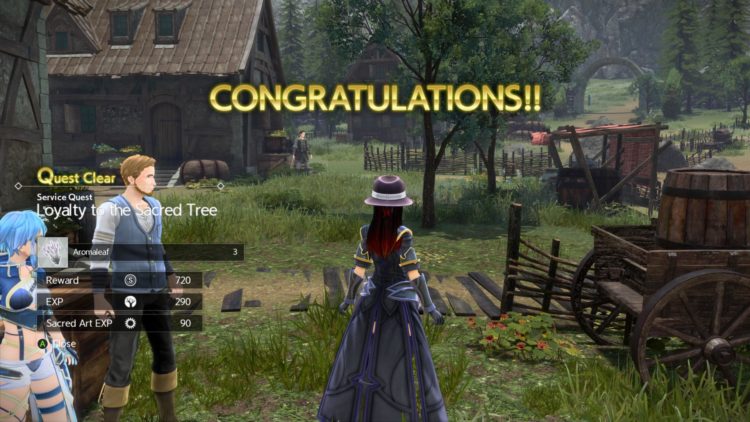 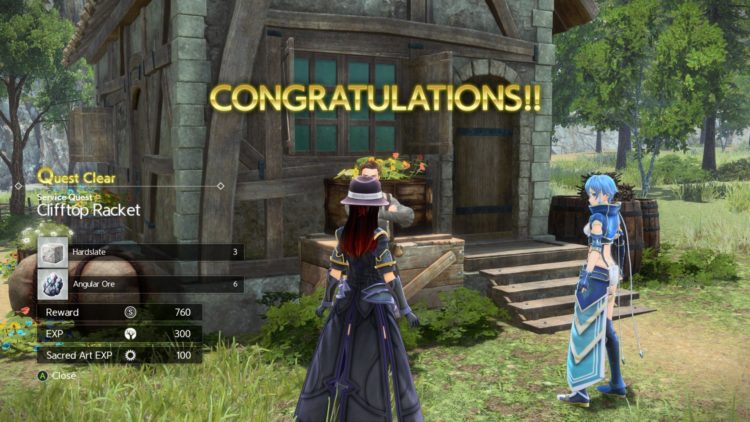 Mountain Flowers, Loyalty to the Sacred Tree, and Clifftop Racket are our only sidequests remaining and you can do all of these in one go. 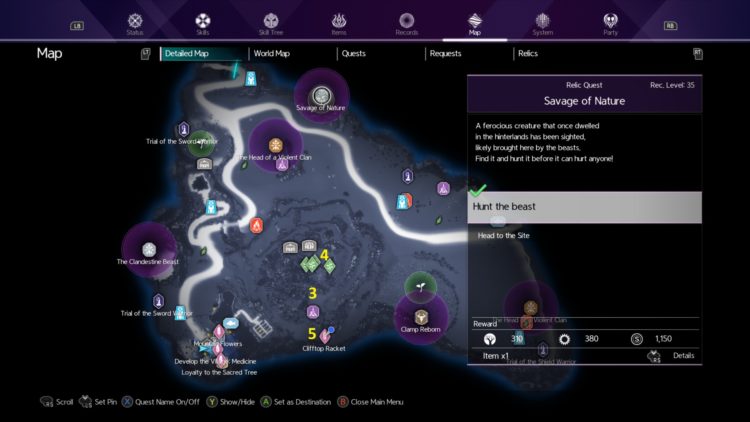 First, travel to the Noble Estate and make your way to the mountain. You can also check out our Lockiss Rocks treasure chests guide for more info since there are a couple of chests on the way. 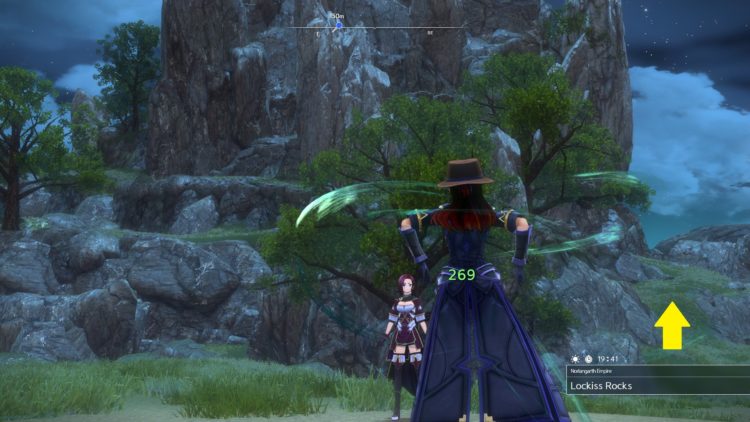 For Mountain Flowers, just loop all the way around the mountain until you see a Clamp surrounded by bees (and maybe some wayfarers). Ignore them all. Instead, climb on top of the rock formation nearby. 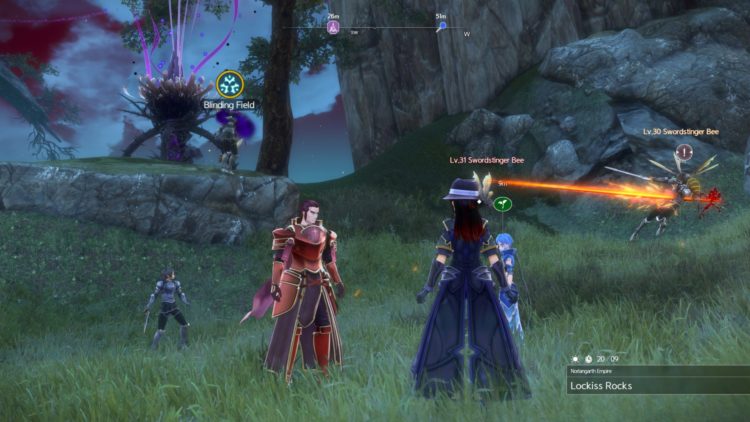 That should take you to a cliffside area with the Moonlight Flower. 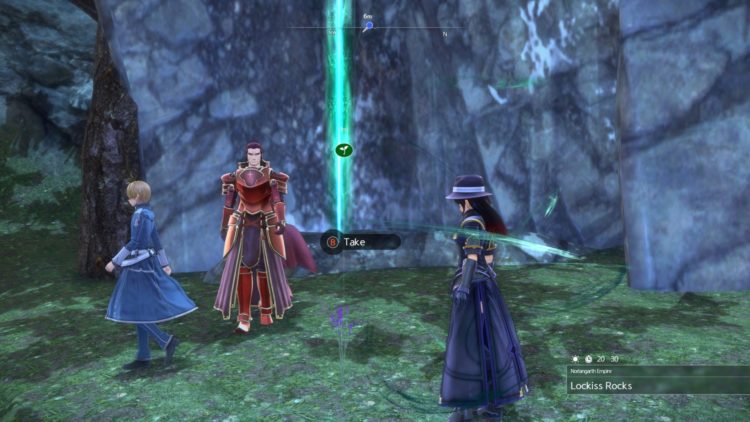 For Loyalty to the Sacred Tree, make your way back and, halfway around the mountain pass, you’ll spot some beetles and an opening in the rocks. 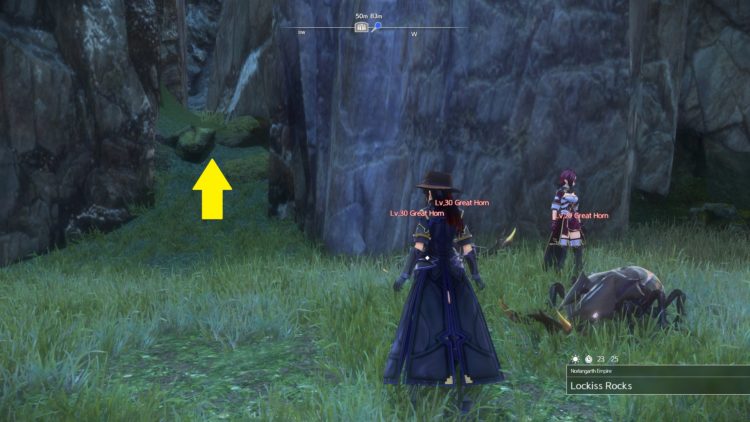 Head inside and you’ll be able to reach an area with a grey treasure chest. 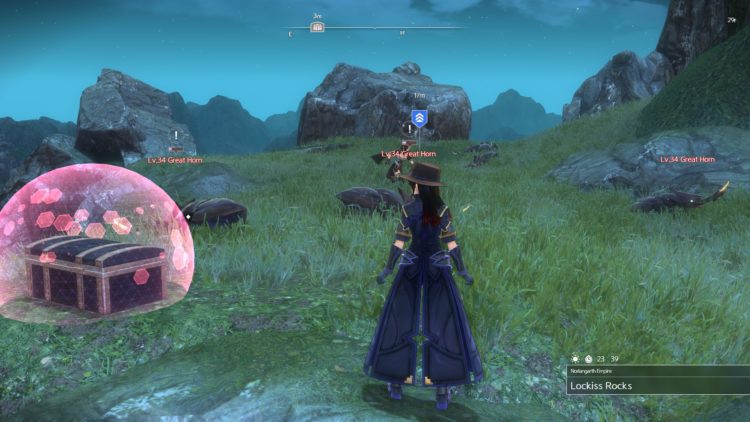 Use the vines and keep climbing to spot the Sacred Tree. Interact with it (there are two prompts) to complete this sidequest. 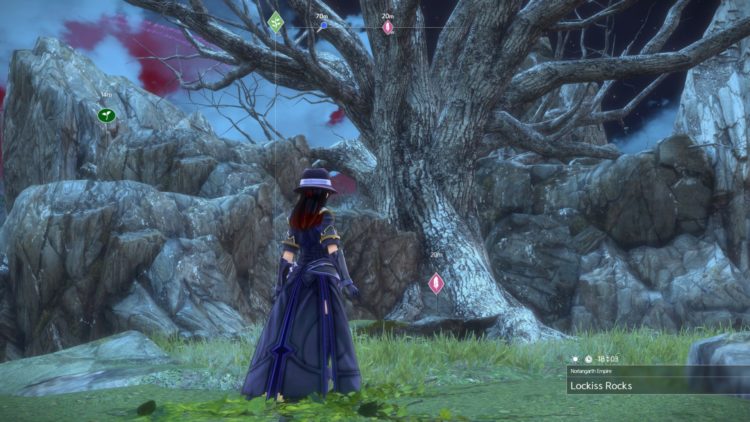 Finally, Clifftop Racket is just to the south. Jump down the mountain and check out the grasslands below. There are four Fireeating Fowls here. 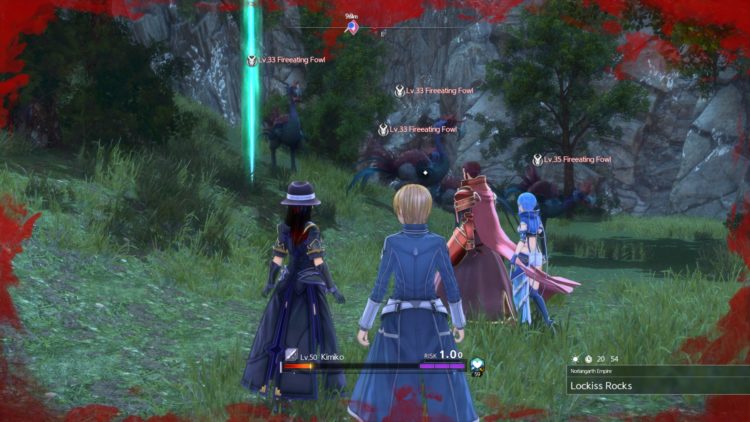 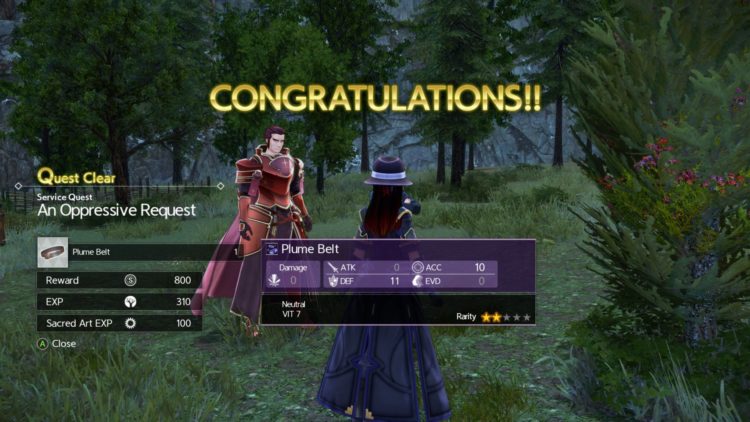 7. Save the Withering Tree 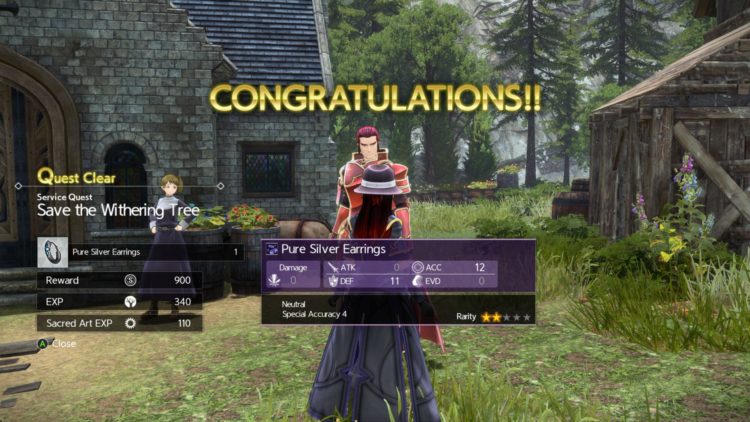 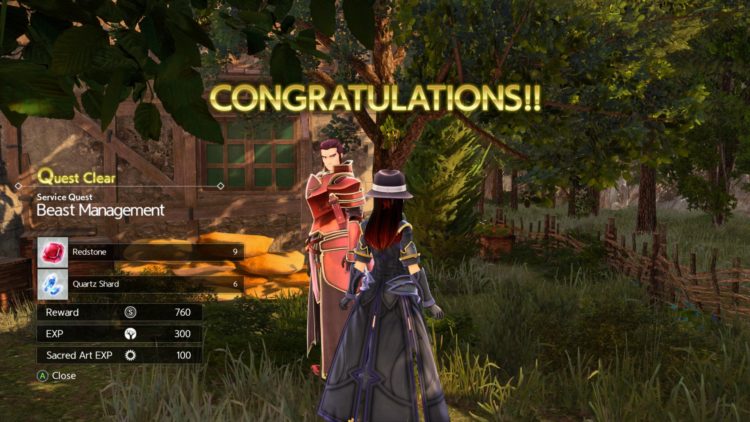 Both Save the Withering Tree and Beast Management are easy enough to complete. Just check the map below: 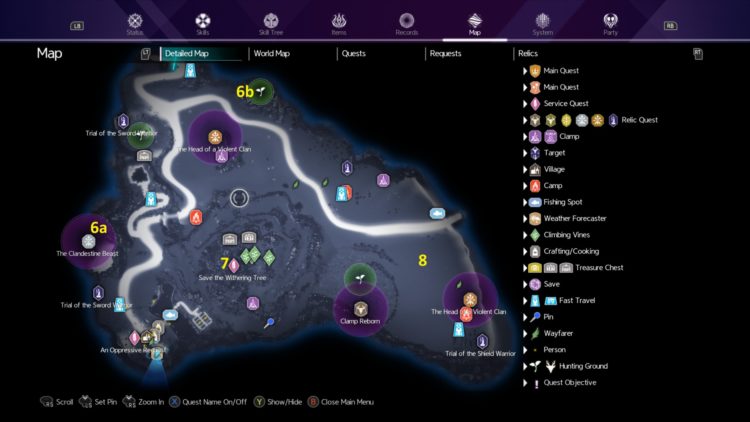 Save the Withering Tree requires you to return to the Sacred Tree (it’s a long trek) where you’ll use the precious stones. 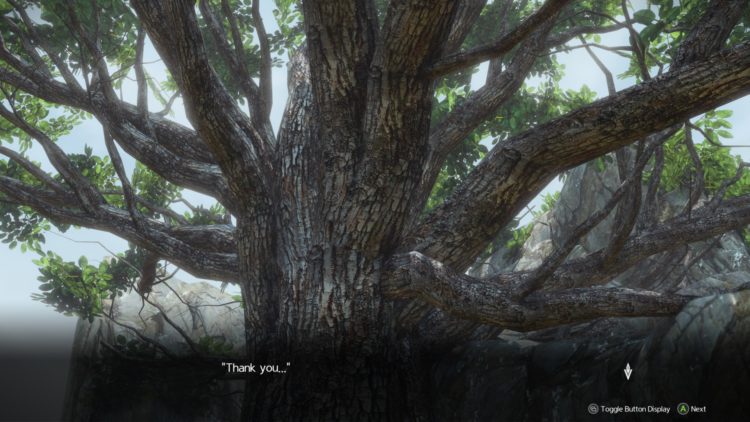 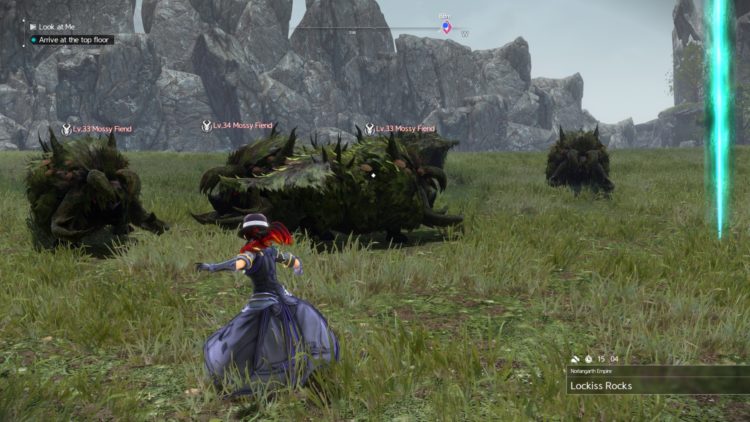 An Oppressive Request might be the only one that can take you a while. The elites are easy enough to find and defeat. However, if you ended up killing these elites before picking up the sidequest, you’ll need to wait for them to respawn. You could just farm for a while or alt-tab and let the game run (while in another zone).

Phonolite Hills (6a) is Earthpod the Watcher just south of the Noble Estate: 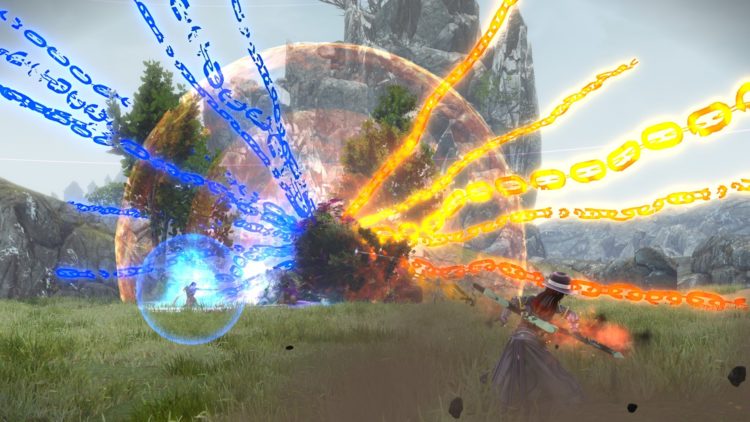 Fierce flower (6b) is Duskvine the Spectral who’s close to the northern savepoint: 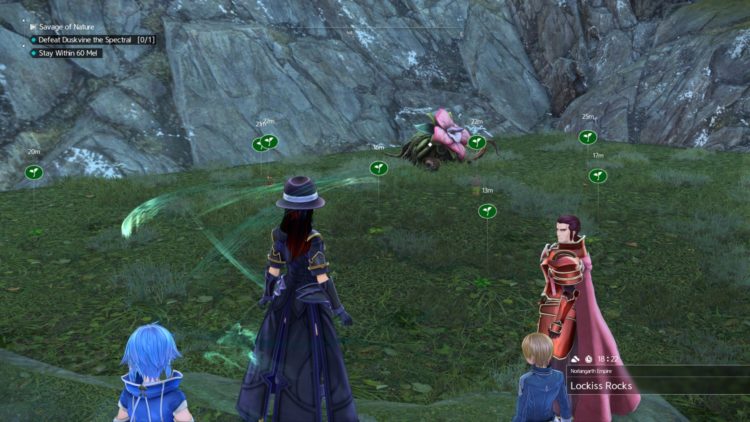 The Empress and Grand Chamberlain costumes

Once you’re done with all of the above, go to the Status menu -> Visualize Attire panel. You’ll see that the Empress and Grand Chamberlain costumes have been unlocked. The Empress’ Clothes can only be used by female characters (ie. Alice, Medina, Sinon, and the like); it doesn’t seem like Integrity Knights (ie. Fanatio or Sheyta) could wear this. It’s also possible for Kirito to wear this if you changed the gender of his avatar.

As for the Grand Chamberlain’s Clothes, this can be used as a cosmetic option by both male and female characters. Again, the only exception would be certain Integrity Knights (ie. Bercouli, Deusolbert, and the like). 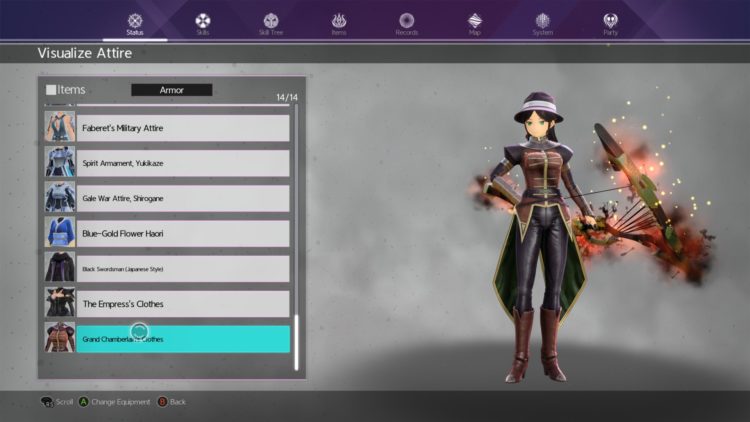 Note: As far as I know, Lockiss Rocks is the only zone in Sword Art Online: Alicization Lycoris that lets you unlock additional costumes after finishing sidequests. There might be others, but I’m not sure of that yet.

By Kurt Perry11 mins ago
Guides