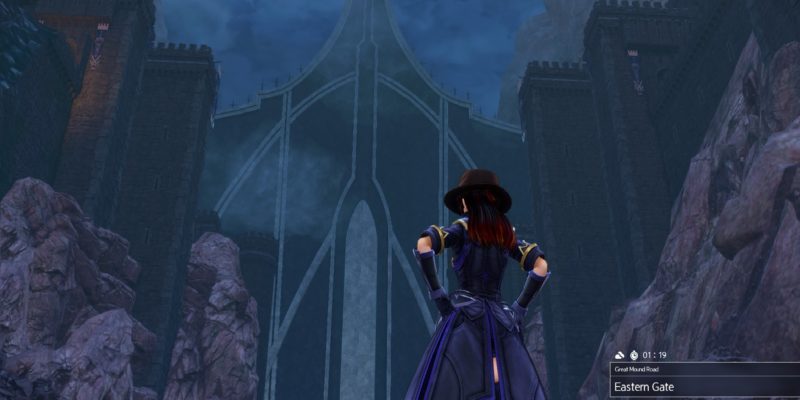 Below, you’ll see a map of the Great Mound Road: 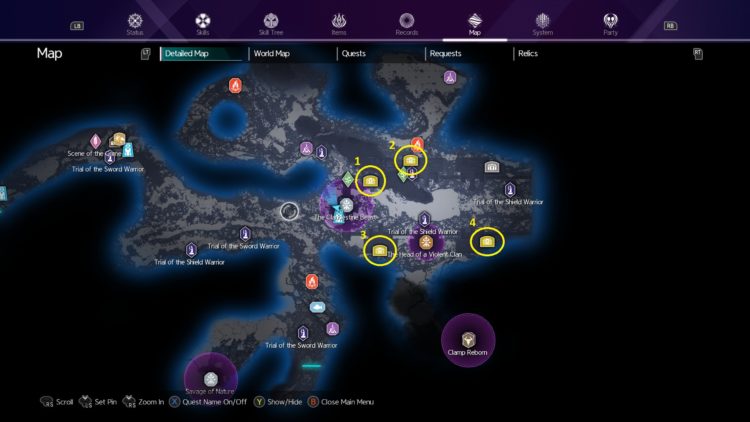 It’s probably better to just consider this as the Eastern Pass or Eastern Gate area because that’s where most of the golden treasure chests are located. Go ahead and fast travel to that savepoint.

Our goal is to grab the two chests at the northern ramparts first, so we’ll have to head a bit towards that area. 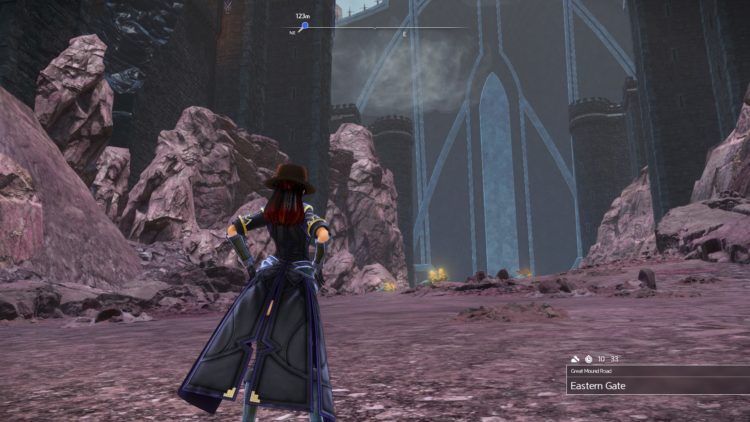 You’ll eventually reach this part with a lot of rickety wooden walkways. Remember this part since I’ll show you a trick later. 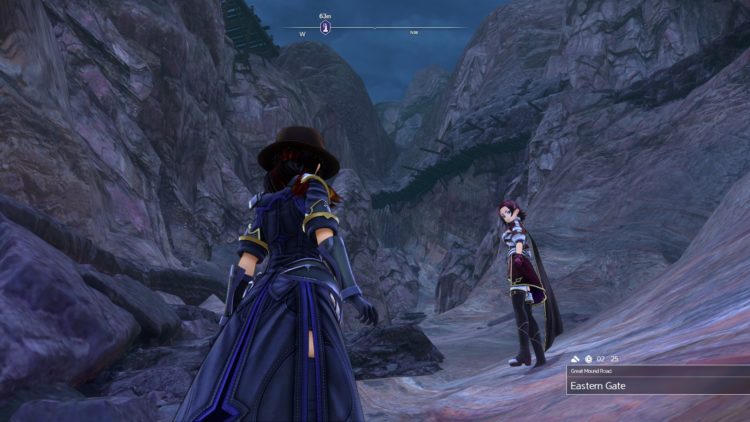 Just follow the craggy path until you reach the point seen in the image below. You have a choice between heading inside the fort and traversing the sloping path. 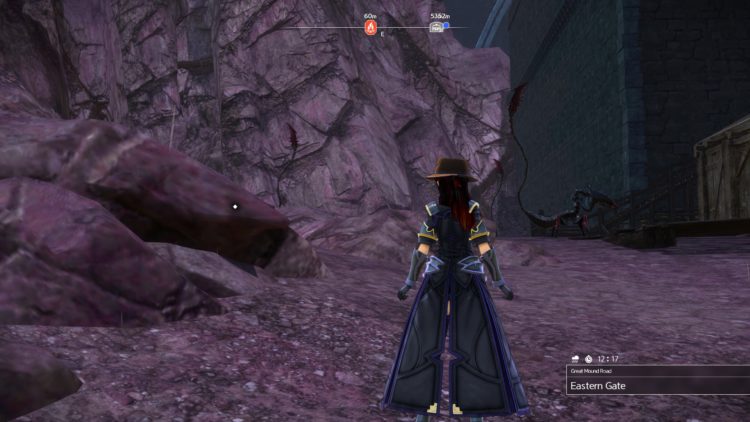 Pick the latter. Go follow the sloping path along the mountain. 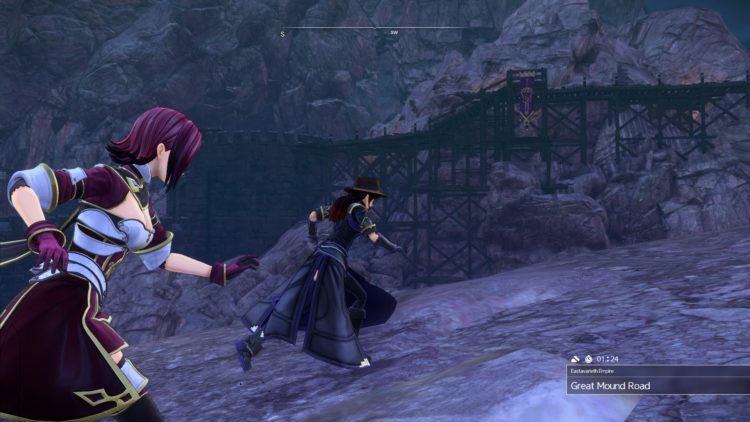 You’ll eventually reach an area with a Clamp and a lady’s statue. The statue grants you Accelerator, a level 3 Wind Sacred Art spell. 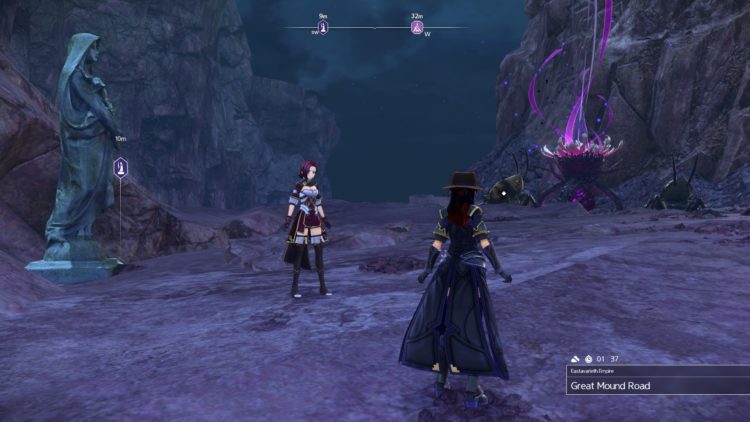 From here, you could go to the ramparts and climb down the ladder. 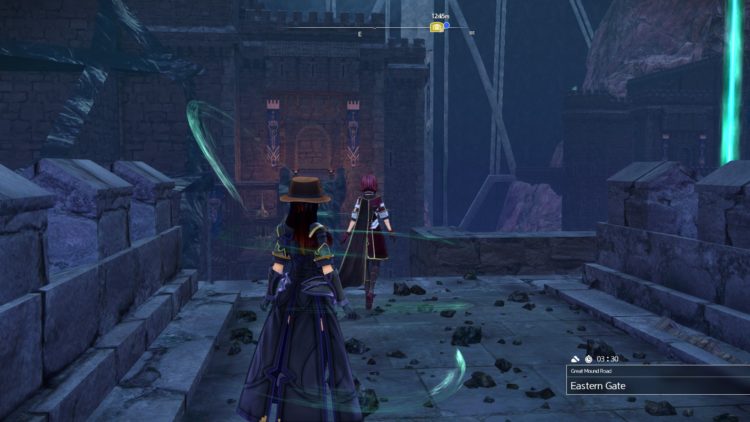 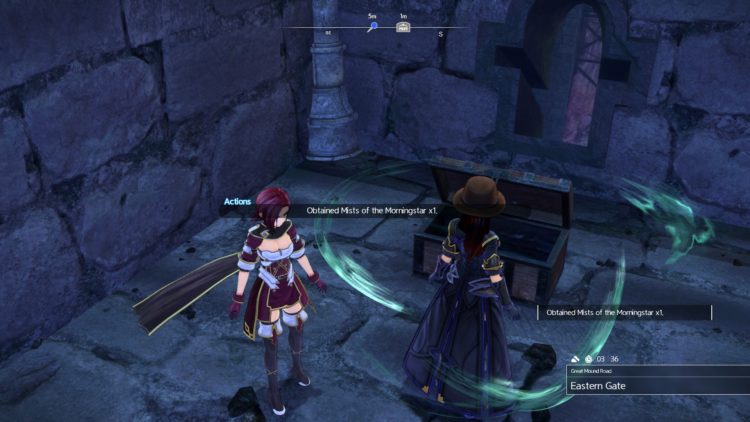 But, there’s also a shortcut.

Go back to the area where you see the rickety wooden walkways above you.

Turn around and you’ll see the rockface. This is yet another one of those places in Sword Art Online: Alicization Lycoris that’s got “wonky textures.” 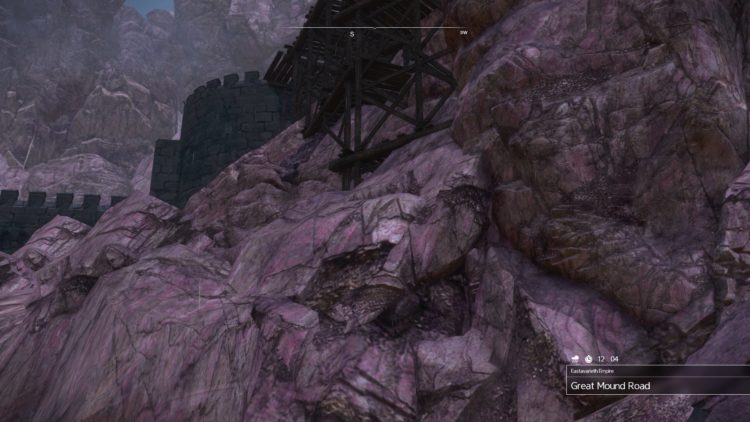 Just cast Tailwind and keep jumping. You’ll reach the ramparts soon enough without having to run around the side of a mountain. 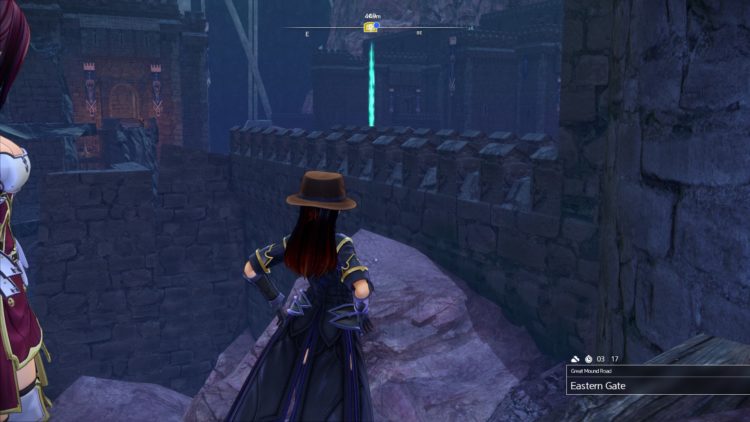 Once you’re at the ramparts, go ahead and follow the marker to the chest. 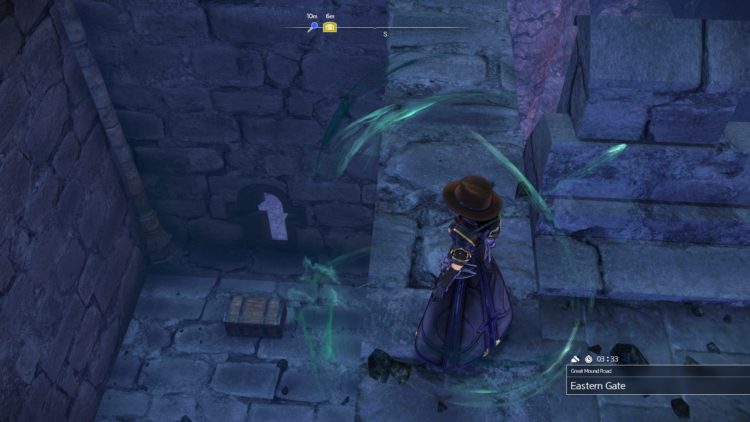 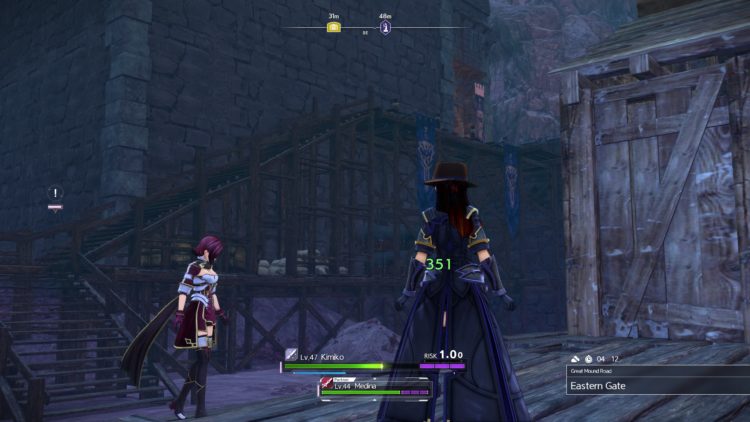 Follow the corridors until you find one that has a staircase leading down. You’ll be able to open the chest on the floor down below. 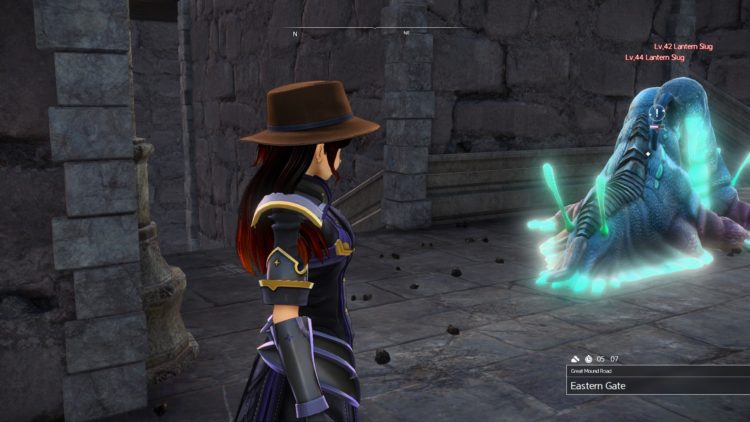 If you go up one level and follow the looping corridors all the way to the east, you’ll eventually reach a clearing. There’s a grey chest here which is guarded by level 66 snails. 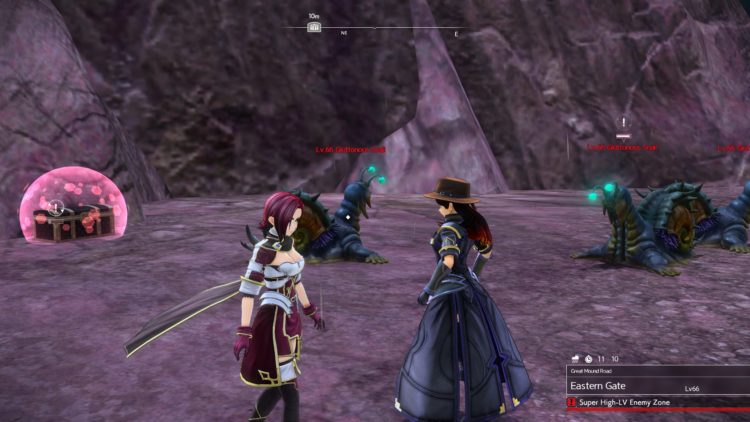 Before we continue, go back to the fort’s entrance again. You’ll realize that there’s a warrior statue nearby, but you can’t get to it yet. It’s actually underneath the wooden platforms, but beams and boxes would block your way. Instead, go outside and use the edges of the wooden planks to make your way across. You should be able to jump on the ledge to get to the statue.

Alternatively, if you keep falling, you could jump inside that little nook with the boxes. Be careful because you could get stuck in mid-air and you won’t be able to move.

Instead of trying to do that jump, cast Steel -> Create Metal and make sure that block is jutting out at the edge of that wooden platform.

Here’s how it looks when you go outside:

Now, go upstairs and cast Tailwind. You should now be able to glide down safely.

Interact with the warrior statue and you’ll receive the “Infernal Eye” combat skill for the Tank class. Make sure you’ve already interacted with the Tank class statue so you can unlock the skill too.

We got sidetracked a bit. Anyway, make sure you’ve saved your game.

Once you’re done, take the shortcut to reach the top of the ramparts. Then, look below you to the south — you’ll notice that there’s a way to cross to the other side of the fort. 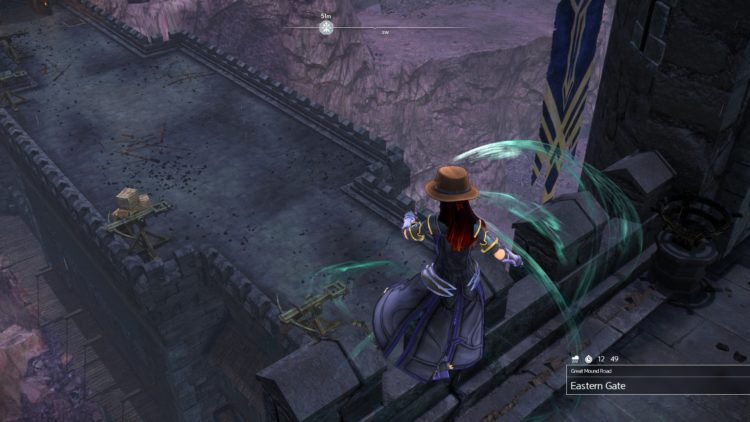 Jump down, happily make your way across, and… Oh, God! 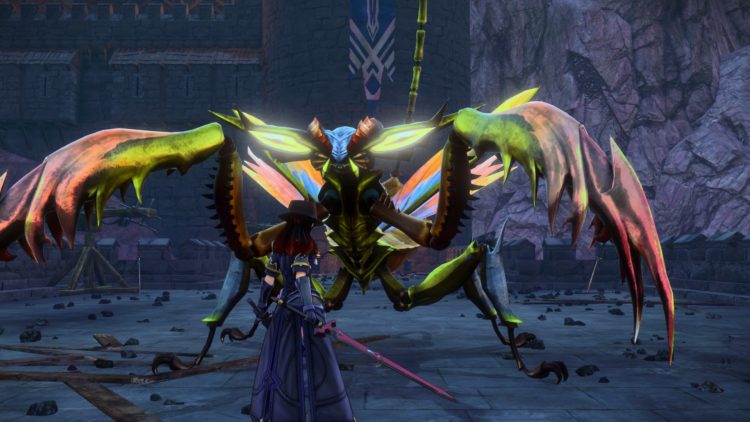 Okay, so, that’s Razorhead the Cruel, a level 50 elite beast. It’s one of the required tallies for the nearby monolith for this zone’s Divine Beast. We’re not delving too much into this fight because we’ll have a separate guide for Divine Beasts soon. Sufficed to say, you better be prepared.

Let’s assume that you made it past the killer praying mantis, what’s next? Well, just make your way to the other side of the fort. 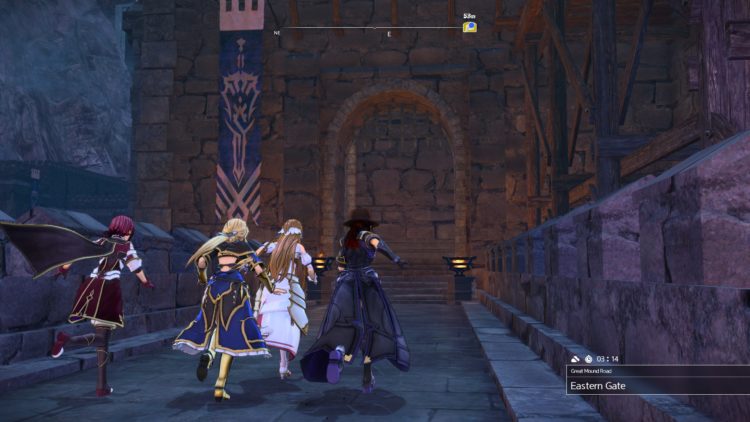 You’ll find the third golden treasure chest nearby. Just look for the first flight of stairs that leads you down below. 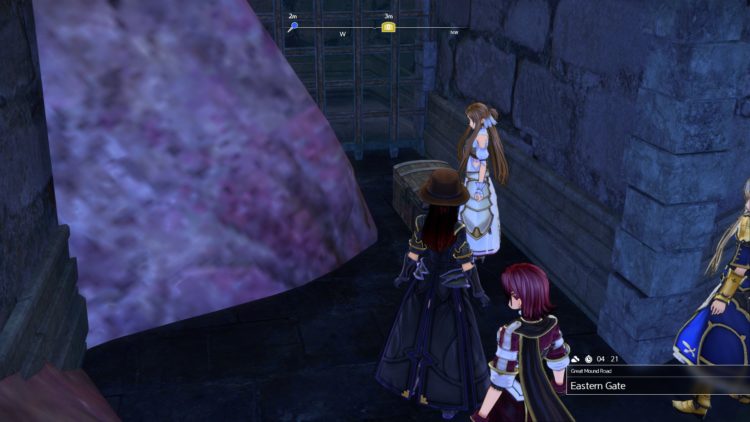 The fourth and final golden treasure chest in Eastavarieth will take you through a couple of sections of the southern ramparts. Make sure you’re always heading to the east. 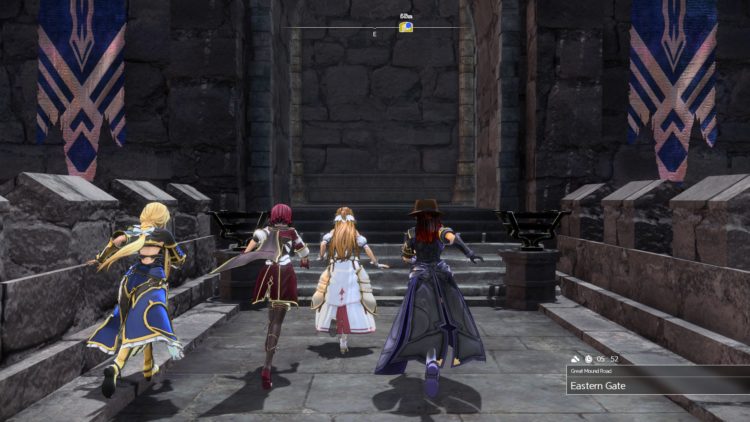 The room with the chest is guarded by half a dozen spiders. Kill them or run past them, it’s up to you. 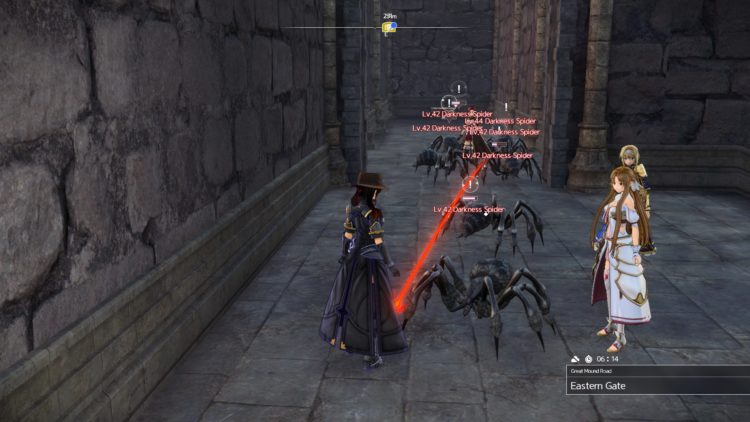 Pick up the item from the chest. 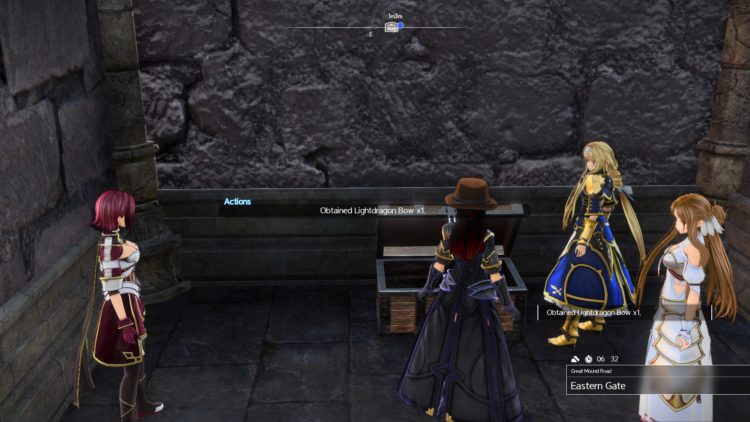