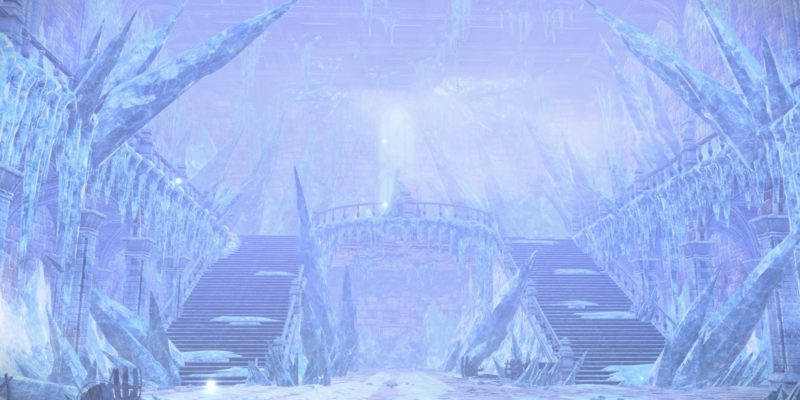 The Silent Icegaol Raid Dungeon is one of the new locations in Sword Art Online: Alicization Lycoris. Let’s talk about this map as well as the enemies and loot.

Note: For the other locations in-game, head back to our Raid Dungeons main page. As for the rest of the game’s content, check out our Sword Art Online: Alicization Lycoris guides and features hub. 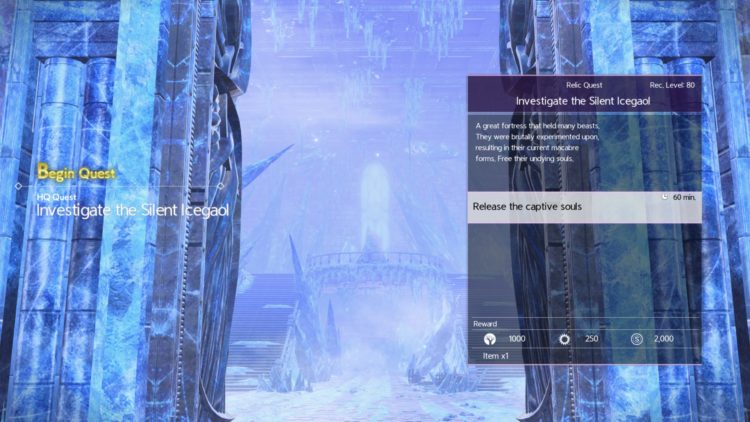 The main objective in The Silent Icegaol Raid Dungeon is just to eliminate all the required mobs. The map itself is fairly straightforward with only a little backtracking towards the end. 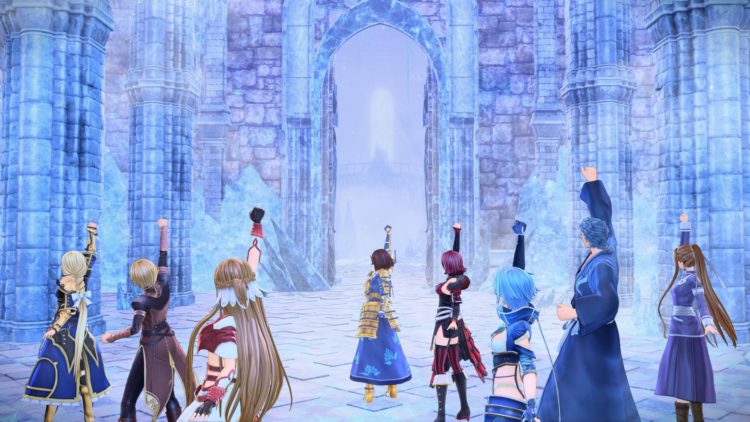 From your starting point, head to the second floor and go left. This room has a chest. 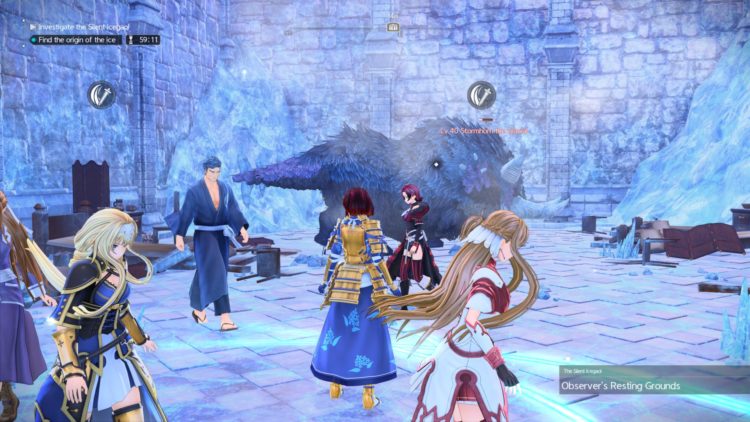 Go to the right side and follow the narrow hallway. One of the side rooms has another chest. 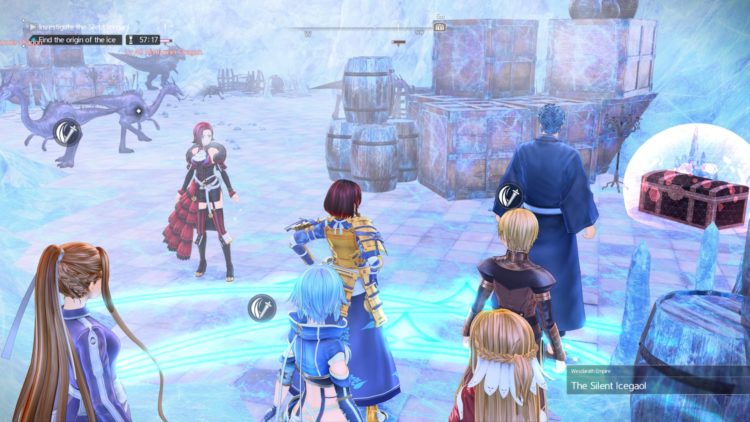 Head to the next room (a dining area) and exit via the door at the far side (you’ll come back here later). 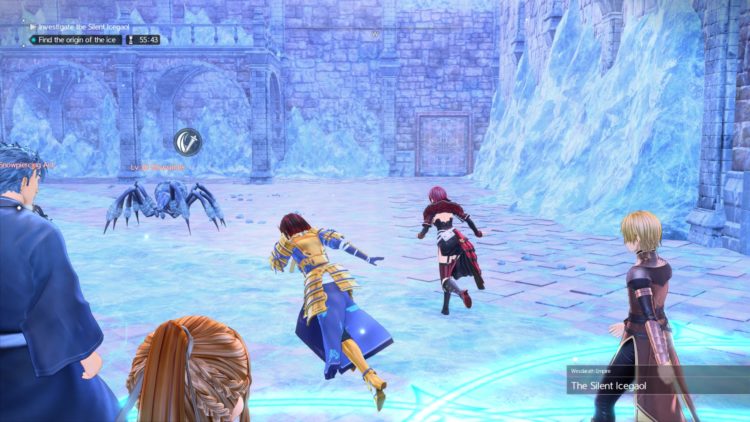 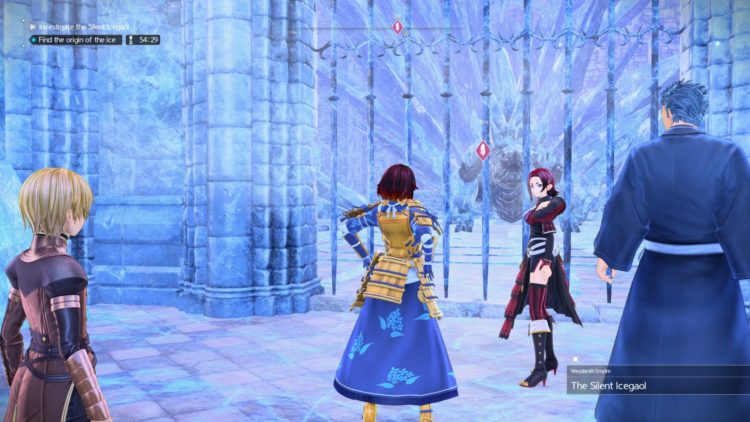 This will free some of the enemies that have been trapped. 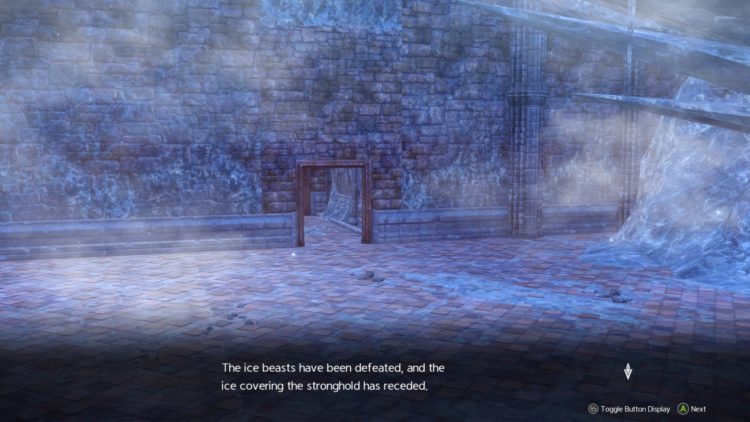 Just go through the nearby doorway and you’ll be in a room with a ton of ads. Kill them and open the chest on the second floor. 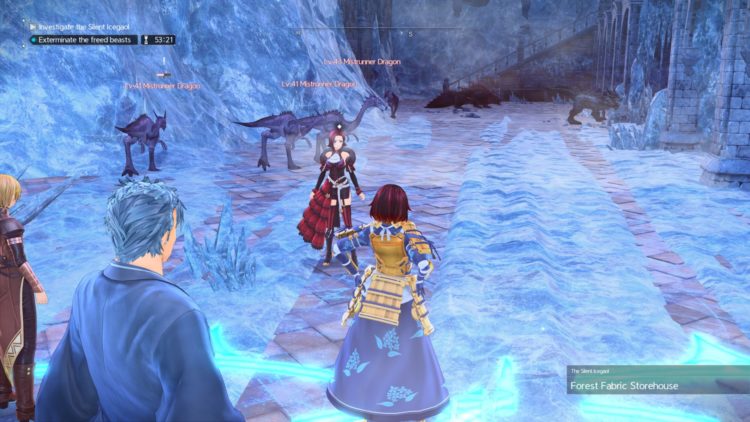 There’s another room nearby with a chest. 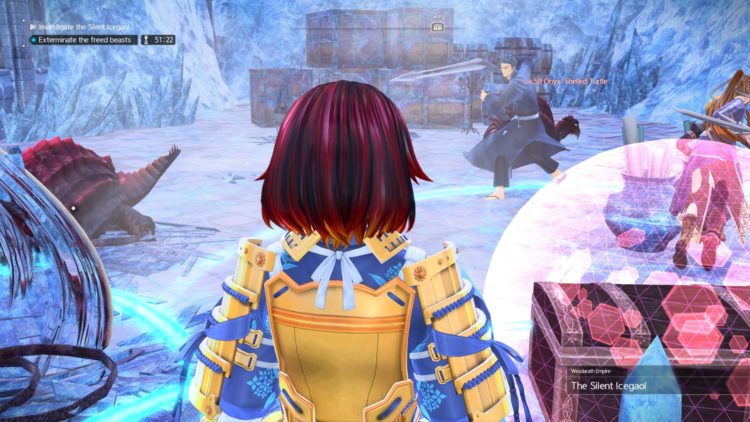 You’ll eventually reach another section where a doorway has a “pink quill” icon and there’s a path off to the side. Head to the latter. 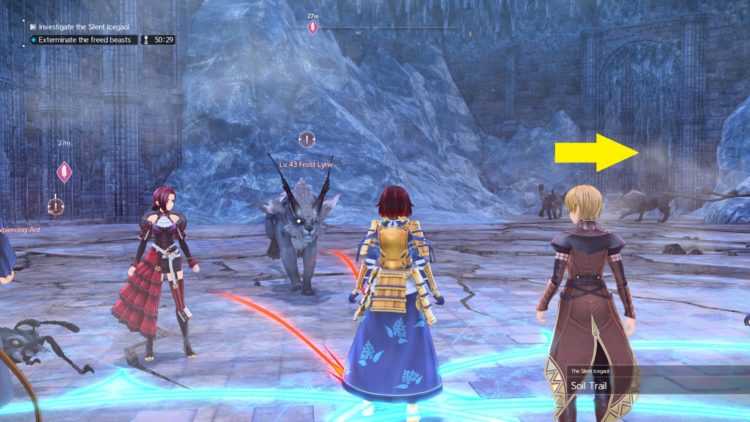 Defeat Darkstrife the Ravenous (level 70) and open the chest. 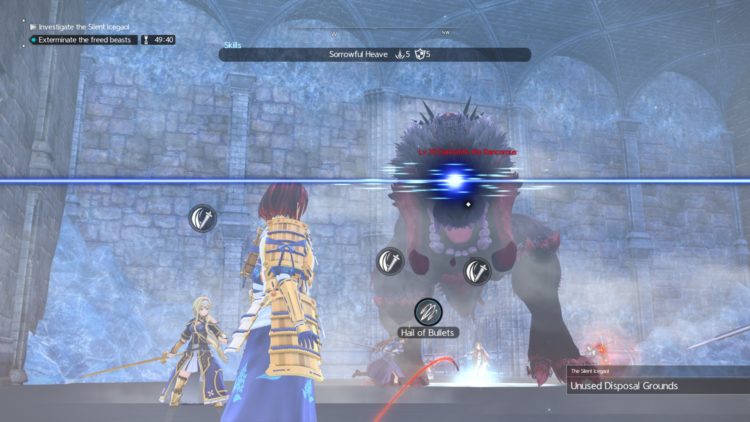 Open the door with the pink quill icon to go to the Lab Sector. 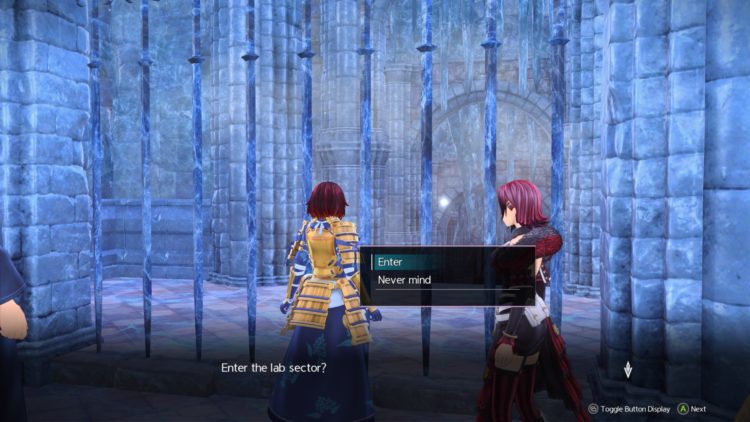 The Lab Sector and backtracking

You’ll be in an area that’s subdivided into multiple chambers. Clear each one to open the next. 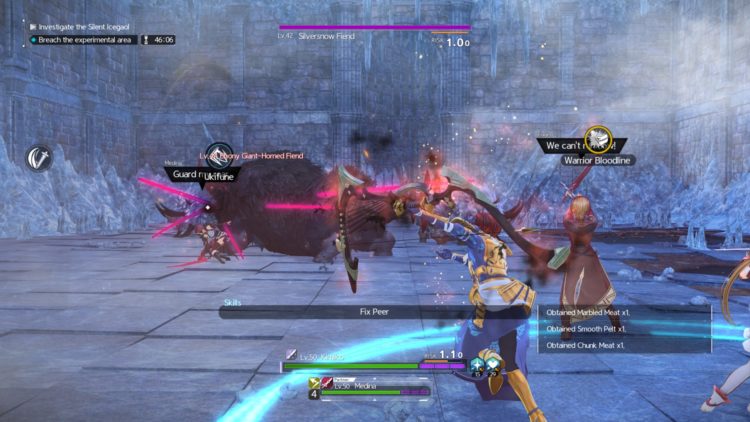 The last chamber has Boltail the Calamitous (level 65). 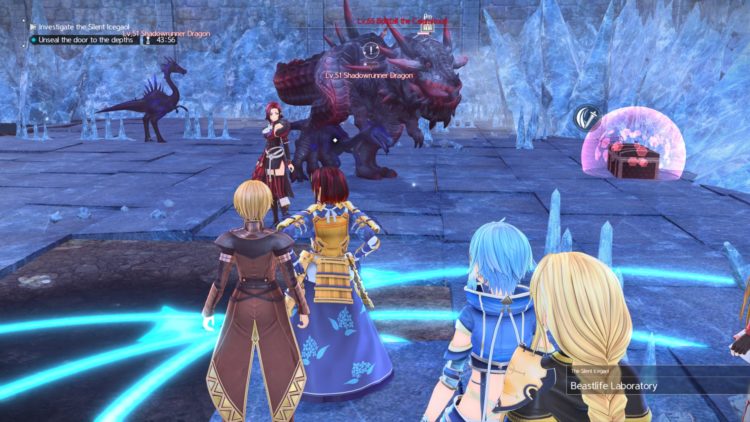 You can’t open the giant door yet, but the one opposite that can be accessed. It leads back to the starting area. 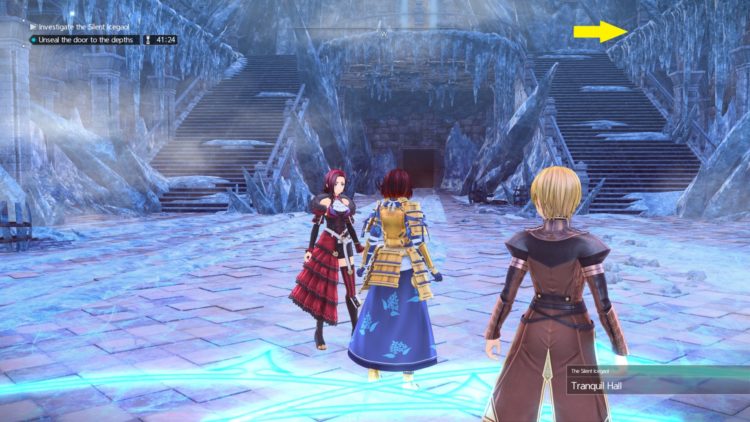 Go back to the second floor (the dining area from earlier) and you’ll see a pink quill icon on a doorway. 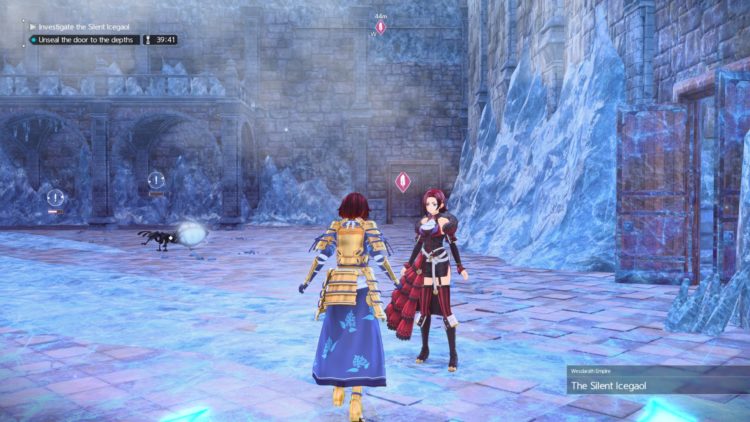 Defeat Glimmerfang the Stygian (level 61) in the next room. 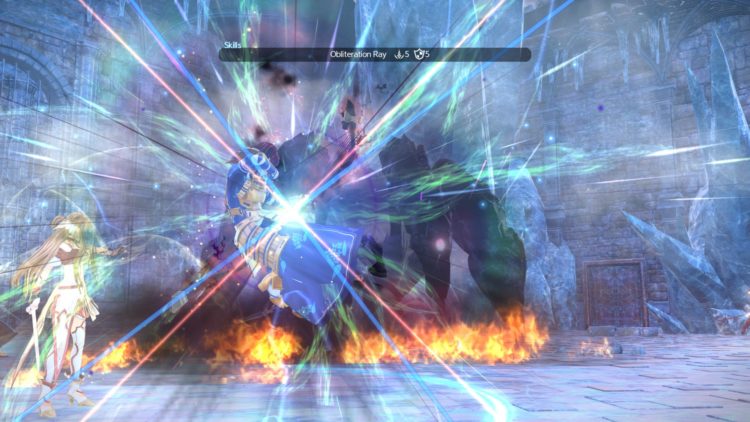 The boss’ room in the Lab Sector will now be open, so just follow the usual path to get there. 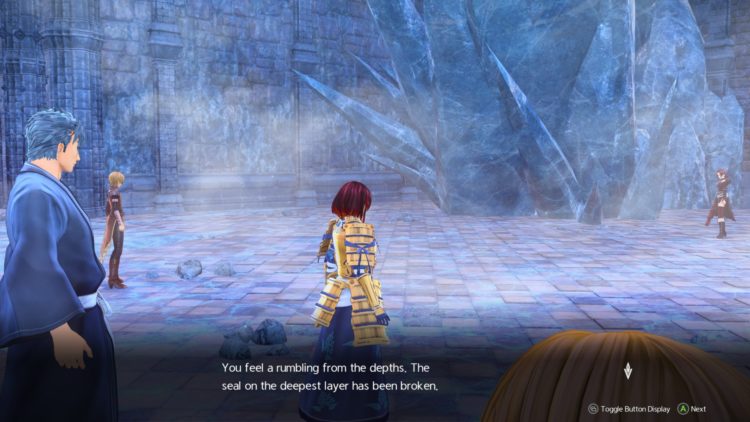 Oh, and one of the nearby rooms is accessible. Just demolish the elite to get the chest. 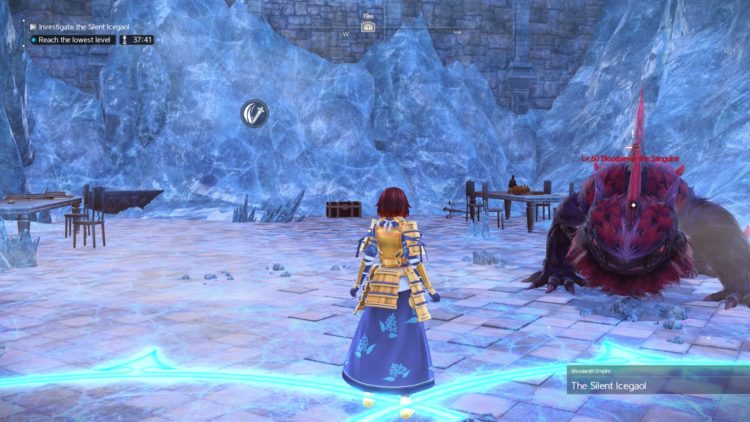 Once you’re ready, open the boss’ room to fight Ebonblood the Aberrant. 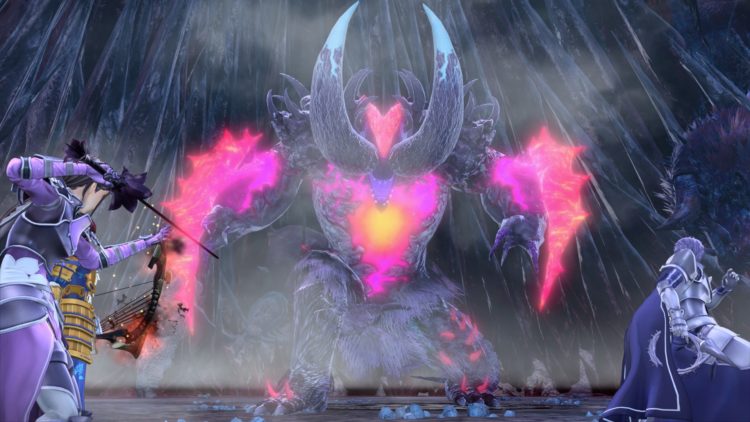 The boss will debuff and drain your teammates periodically. 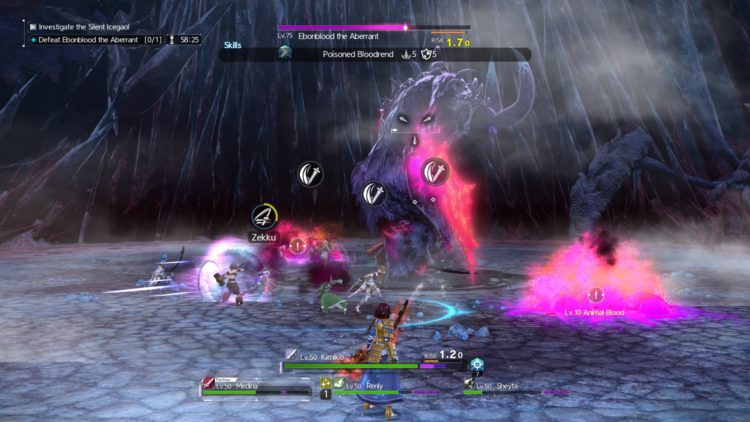 It also has an AoE smash that has a long charge time. 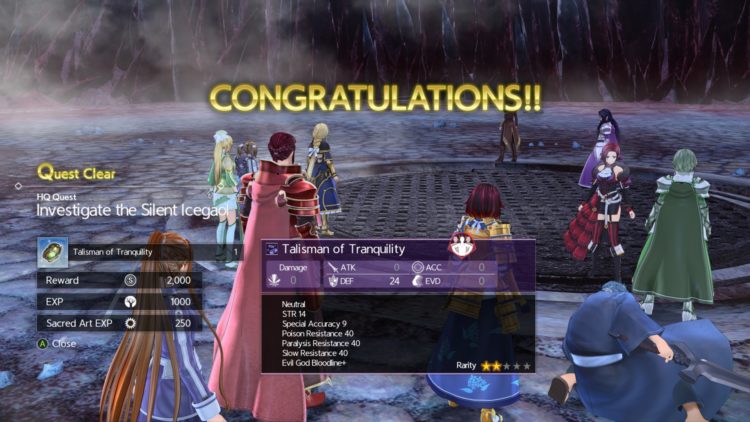 The Silent Icegaol Raid Dungeon clear chest can give you a weapon, armor, or accessory. Here’s an example: 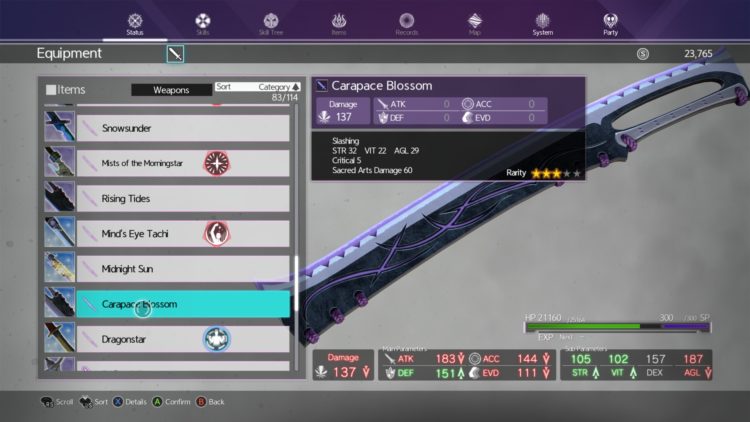 Icarus Guide: How to Craft Gunpowder and Steel