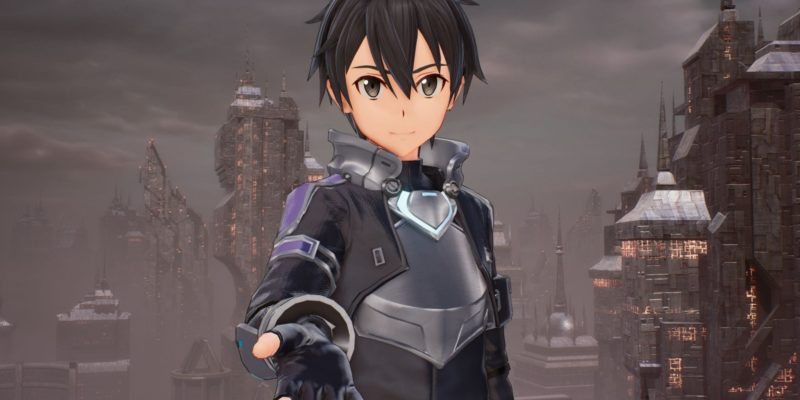 Sword Art Online has not had the best history, in terms of translating its various fictional VRMMOs into real-world single-player games. Literally, in one case: the first Sword Art Online game I ever played had the sort of linguistic mastery I’d have expected from a one-man Russian game developed in Unity with no original assets, that had roughly shunted onto the Steam store. Things have improved since then, but my reaction has mostly been “eh” rather than “ooh.”

First, let’s have a gander at the graphical settings. 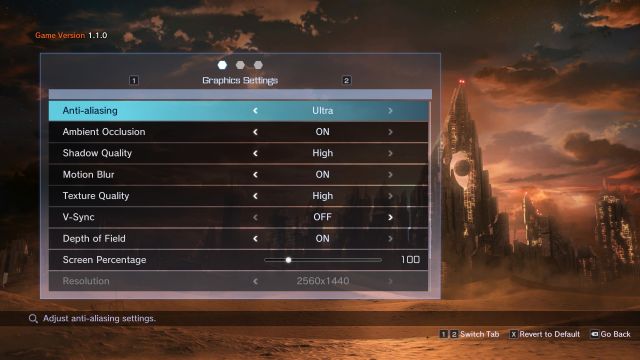 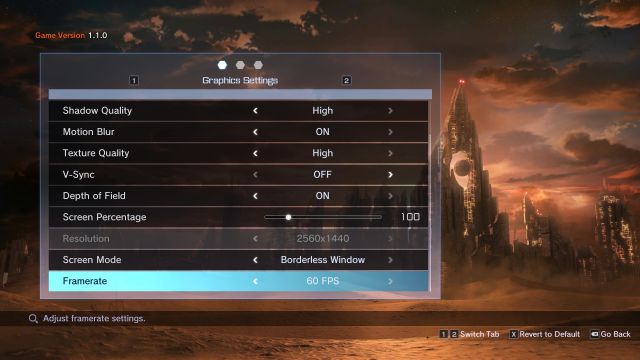 Nothing too out of the ordinary. The ability to turn off Motion Blur, Ambient Occlusion and Depth of Field separately is always appreciated, at least. Meanwhile, pretty much every options is Low/Medium/High or On/Off, with the exception of Anti-Aliasing (which has Ultra) and Framerate, which is either 30 or 60 FPS. Fullscreen, Windowed, and Borderless Windowed are all fully supported.

Screen Percentage is a more interesting option – not least because I’m not 100% certain (no pun intended) on what it does – but before we talk about that, we need to discuss performance. As expected for my i7-3820 with 16GB RAM and a GeForce 1080 Ti, a constant 60 FPS isn’t much of a problem on maximum settings at 2560×1440.

I will say that when I slowed down my computer as much as humanly possible (by running both Firefox and Chrome and having dozens upon dozens of tabs open in each), Fatal Bullet occasionally slowed down a bit. I’ll also note that the frame pacing (or something similar) seems very slightly off, as there were moments when it seemed to drop frames, even though my counter claimed it was still running at a full 60. No big deal, though.

The exception to this is Screen Percentage. I suspect this is basically rendering Fatal Bullet at a higher resolution and then downscaling it, but it’s really hard to say for sure, especially with such a stylised game. That said, my brain seemed to think it looked better, and ramping it up to a full 200 and then running the game dropped the framerate rather significantly to a constant 45 FPS. I grabbed two fairly similar screenshots, with everything but Screen Percentage identical, so you can take a look below. 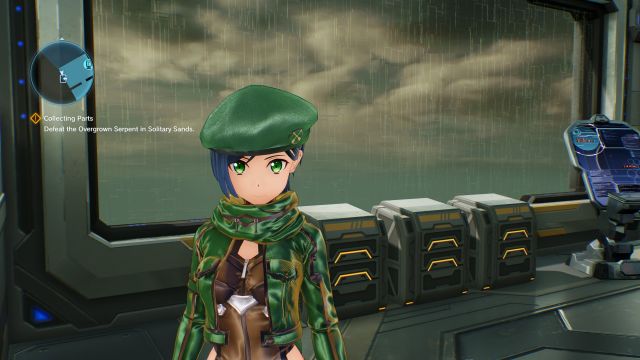 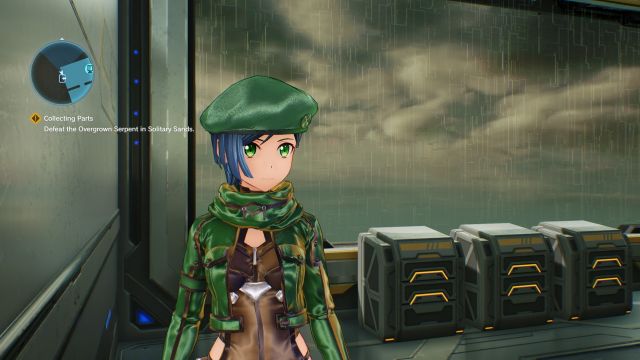 The downside to these graphical options is that they’re in the “advanced options”, which are inaccessible from anywhere but the main menu. This means that capturing the same scene for a direct comparison is incredibly difficult, but I’ve grabbed a smattering of screenshots. Some have Everything On Full, some have Everything On Minimum. EIGHT SCREENSHOT GALLERY INCOMING.

One other mild complaint is that there’s a weird blurring at the edge of the screen, and turning off the usual culprits like Depth of Field doesn’t actually seem to disable this. You can probably see that for yourself in a few of the shots below, but it’s mostly noticeable in static scenes like small rooms in town. 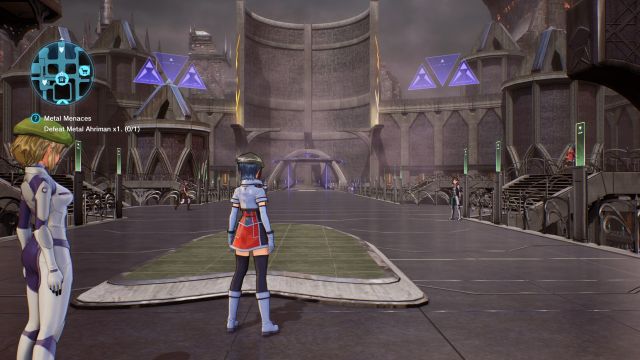 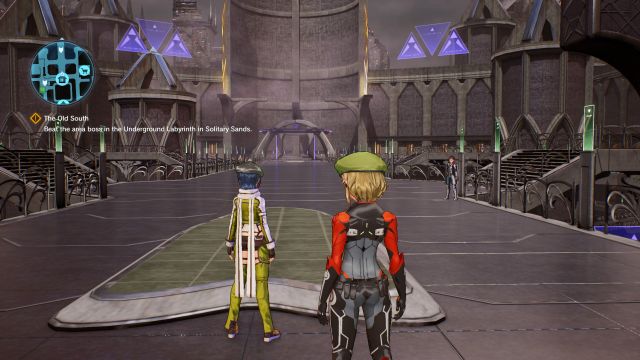 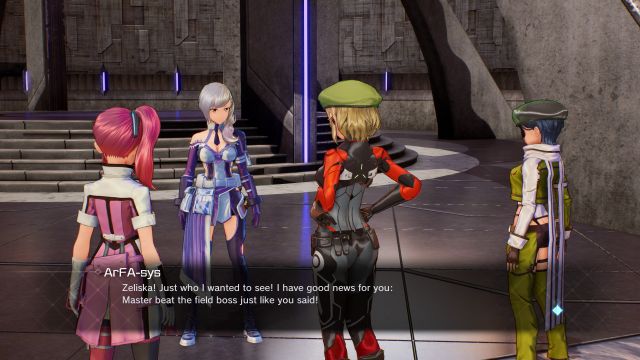 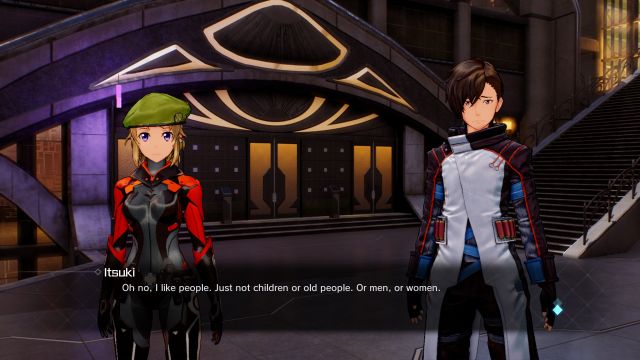 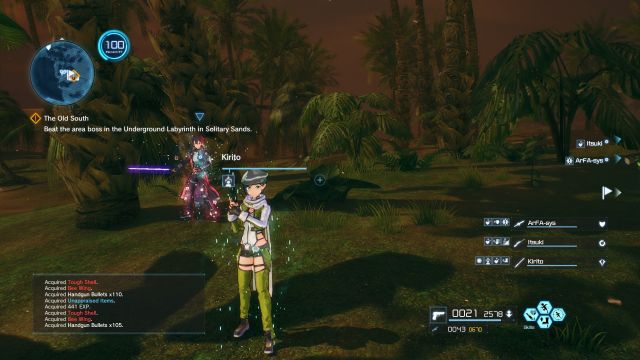 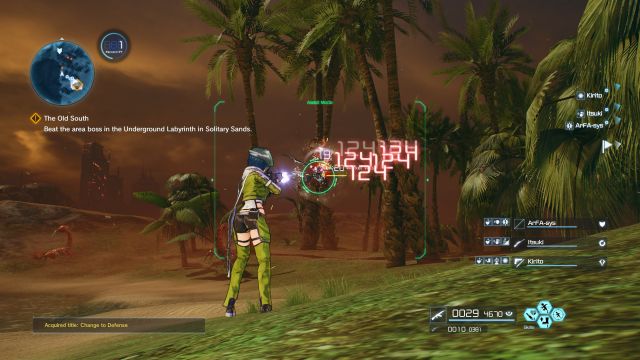 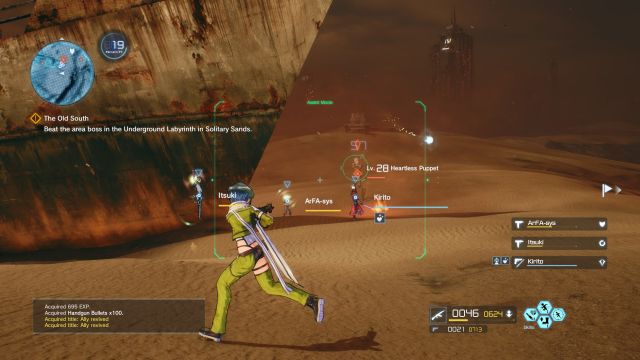 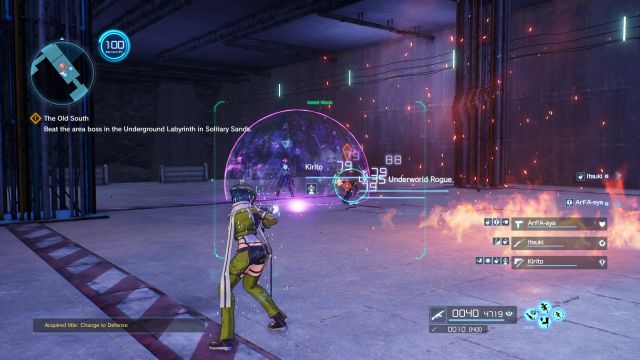 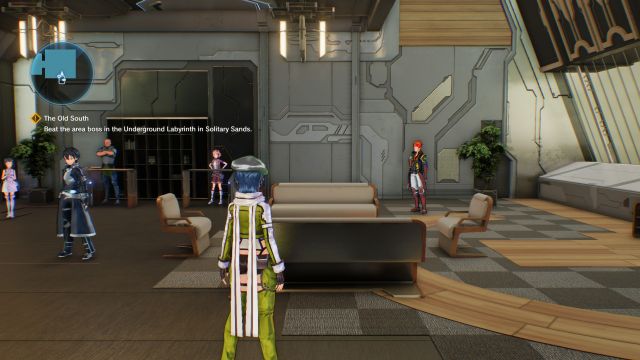 The aforementioned blurring should be pretty noticeable to the left of this screenshot (which is otherwise on High).

So, yeah, it doesn’t really look bad either way. Lack of anti-aliasing is definitely noticeable, but I played a pretty extensive chunk of the game with it set to the lowest settings and at no point did it really bug me overmuch.

Let’s quickly look at the other options menus: 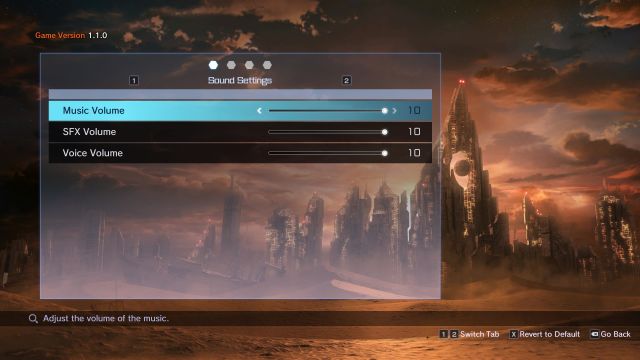 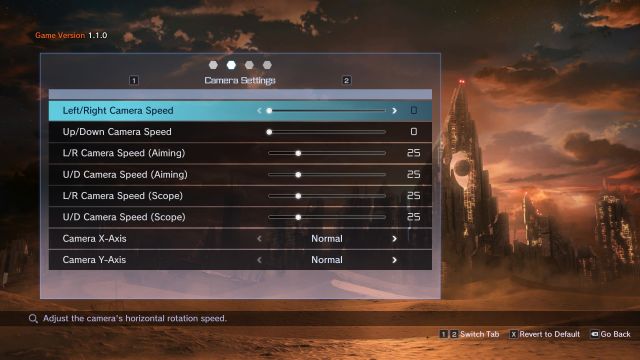 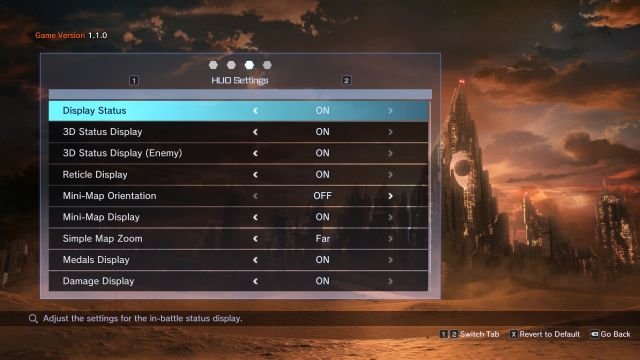 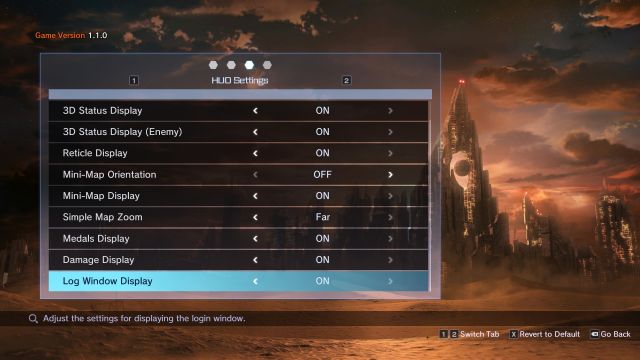 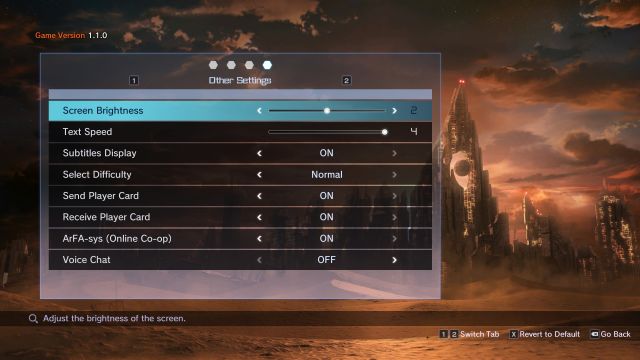 Nothing too special, though I will say that there is no English audio as far as I’m aware. All audio in Fatal Bullet defaults to Japanese with subtitles, and I can’t see a way to change that. Fine by me.

The other important thing, I suppose, is the keyboard and mouse implementation. This gets a tentative thumbs up: again, at no point did I actually try playing with a controller, which is usually a good sign.

Here are your control options. I’ll note that the only options menu I haven’t taken a screenshot of is the controller bindings, which is basically identical to the mouse/keyboard bindings screen, but with controller buttons. So, yeah. 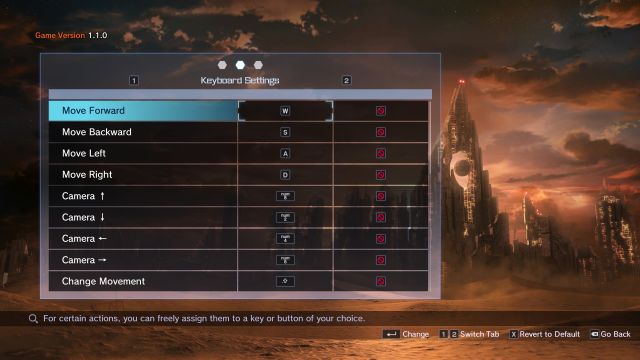 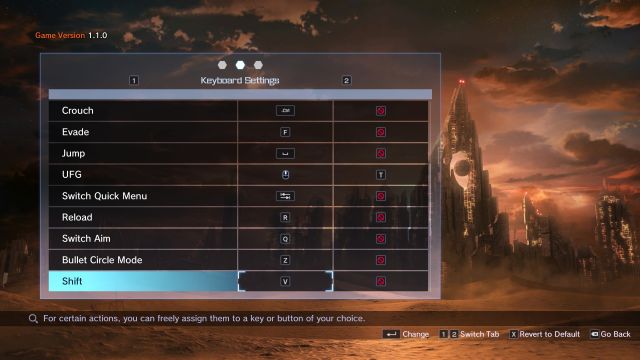 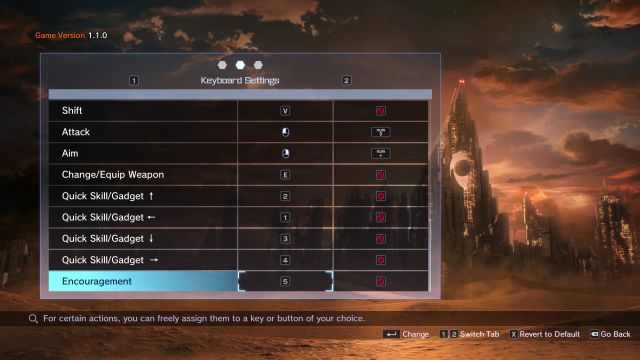 So okay, those look terrifying. There’s also no mouse cursor implementation in menus which is kind of a pain in the arse, but it is in the game and it works just fine there. I’m not sure if I’m happy or annoyed at the fact that there are six different mouse sensitivity settings (separate sensitivities for both X axis and Y axis, for normal camera, aiming camera, and scope camera) – more options are always good, but it probably took me around 15 minutes of fiddling around to get everything feeling natural.

All in-game tutorials and menus are set up for mouse and keyboard, and the keybinds detected the thumb buttons on my mouse. Both positives. One mild negative is that the game’s tutorial pop-ups don’t quite take everything into account, though, which led to an hour or two of me taking my hands off the mouse for no reason. For example: open chests and talking to people is always listed as an “Enter” prompt, which is nowhere near the WASD keys or my mouse. It turns out that both F (the quickstep key) and the left mouse button (the shoot button) both perform this function.

Also, the setup for skills and gadgets (bound to 1-4) doesn’t show what number is assigned to what slot. The way they’re shown leads me to believe that they’re bound to the D-pad on controllers, so that’s mostly just an issue with interface layout. Again – not a major problem, just something that’ll take a bit of experimentation to learn. 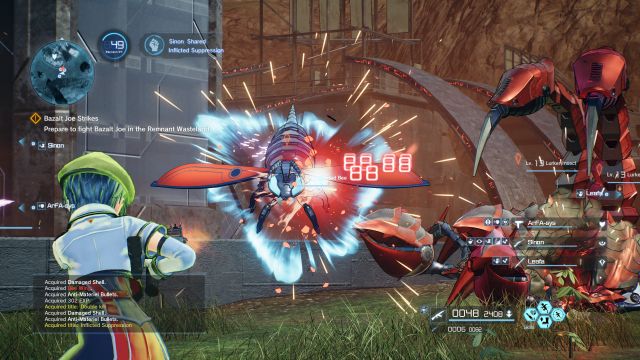 One other thing worthy of note is the aim assist, labelled as “Bullet Circle Mode”. Being a mouse and keyboard player, I turned this off immediately, but there’s a very good reason it’s (by default) bound to the Z key and can be enabled or disabled instantly during gameplay: it’s situationally useful, and some enemies and abilities are based around it. If you’re good enough you can certainly get by without using it, and mouse aiming certainly makes some enemies much easier, but against lightning-fast or close-up enemies it can be tremendously useful to focus solely on your movement. It’s nowhere near as crucial as it would be on a controller, but it’s definitely handier than I thought it would be.

One downside: as with the graphical settings, all of the keybinds are in the Advanced Options menu and can only be accessed from the main menu. Thankfully, mouse sensitivity is not in there, and can be adjusted in-game.

There are two things I can’t address. First is the netcode, because I don’t think the servers are up and running. If they are, the pre-launch playerbase is (expectedly) tiny, and I haven’t been able to find a game. The fact that Sword Art Online: Fatal Bullet gives me an error message about not being able to find an anti-cheat file when I boot it up makes me think that’s probably correct. The slightly less pleasant alternative is that something like my anti-virus is preventing the anti-cheat from working, and that in turn is preventing me from playing online, but I won’t know for sure until launch.

The other thing I’m not too sure about is… well, bugs. The aforementioned missing file may be a bug, for instance. Slightly more prominent is that items in shop lists occasionally have absolutely no name shown and I have no idea why. Still, I haven’t hit anything game-breaking and that one’s more an annoyance than anything, but I feel it’s worth mentioning. 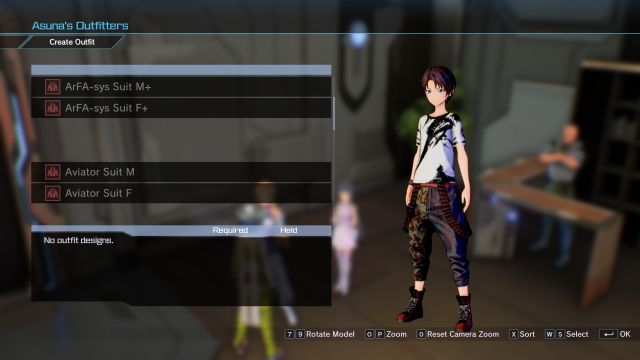 There are more outfits in between the visible ones, I swear. One’s even selected. They’re just not showing up for… reasons.

Sooo, final thoughts on the PC version of Sword Art Online: Fatal Bullet are that it’s a decent port. It has its issues (I know it’s not the easiest thing to implement a new UI, but mouse cursor support in menus, please) but I’ve had no real control issues on mouse and keyboard, and it runs just swimmingly.

As for the game itself? Well, I’ve dumped about seven hours into it so far, and I like it more than any of the other SAO games I’ve tried. It still doesn’t quite capture the feeling of being an MMO – not as well as the .hack games, for instance – and the world of Gun Gale Online is depressingly brown and full of warehouses and factories, but I’ve had more fun playing it than expected.

There’s something rather Borderlands about Fatal Bullet, in terms of shooting things and finding guns and collecting a staggering quantity of loot. I’m not totally sold and this absolutely isn’t a review of the gameplay itself, but I will say that it’s compelling enough that I’ve played it for longer than I frankly needed to, and something about it keeps pulling me back in.