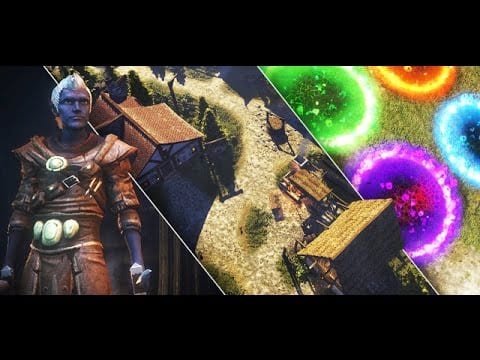 Those delightful Drow have been added to Sword Coast Legends as playable characters as part of the ‘Community Pack Two‘ patch. Among other things, picking Dark Elven heritage will give you access to the ‘Faerie Fire’ and ‘Darkness’.

Players can also opt to worship ‘Lolth the Spider Queen’ now, if that seems like a good idea. I mean, why would you not worship a Spider Queen?

Other highlights of this Sword Coast Legends update include a load more place-able objects and effects for creative Dungeon Masters to use (170 of them, apparently), and a new Hardcore difficulty option.

Players have reported running into a bug with this update which loads up their character at level 1. According to this Steam post, the solution to that is ‘using the Restore option from the main pause menu after you update Steam’.

Here are some additional bugs which have been fixed (rather than added) by the patch, followed by a video.

By Jake Su34 mins ago
Industry