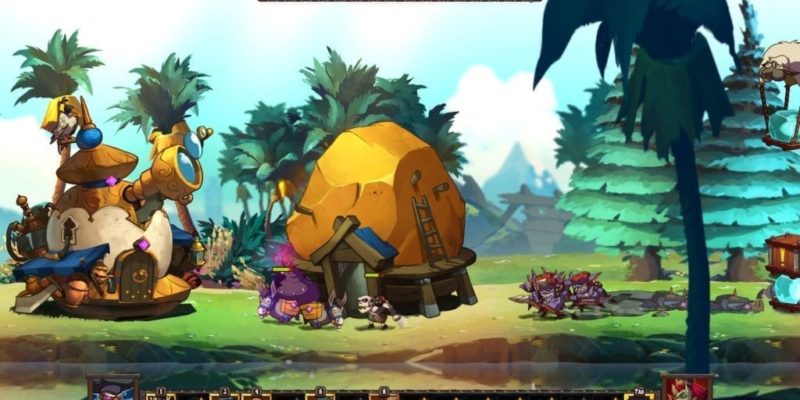 This contest makes me kinda hungry: Enter for your chance to win a Steam key for Swords and Soldiers Shawarmageddon‘s multiplayer beta.

Help make sure the game is the best it can be by entering for your chance to test the game early in the PC multiplayer beta!

Vikings, Persians, and Demons apparently don’t get along. In fact, they spend all of their time trying to knock down the others’ castles. It’s your job to crush the competition in this side-scrolling strategy game. Send waves of units of ever-increasing strength to smash, break, and demolish the opposition and their defenses before they can get to yours. In a stalemate? Unleash your ultimate weapon to make sure those damn Demons never spawn on Earth again!

I think that would technically make you the Prince of Persia.

To enter for your beta key, use the widget below to enter your name and email address. And please don’t forget to spread the news and follow us on Twitter – for every new Twitter follower we receive, an angel gets its wings. Its chicken wings, that is. Look, they’re hungry, so just help us feed them, okay?

We have 25 beta keys to give out to Steam users. We’ll draw our winners on Saturday, October 27.

Swords and Soldiers 2 Shawarmageddon‘s multiplayer beta runs now through November 4. The game will launch on PC and PS4 on November 6, and is expected later this year for Switch. Head over to Destructoid for more chances to win.

Alan Wake Returns To Steam, And It’s Only $3

The Second DLC For Ni No Kuni II Has Been Revealed