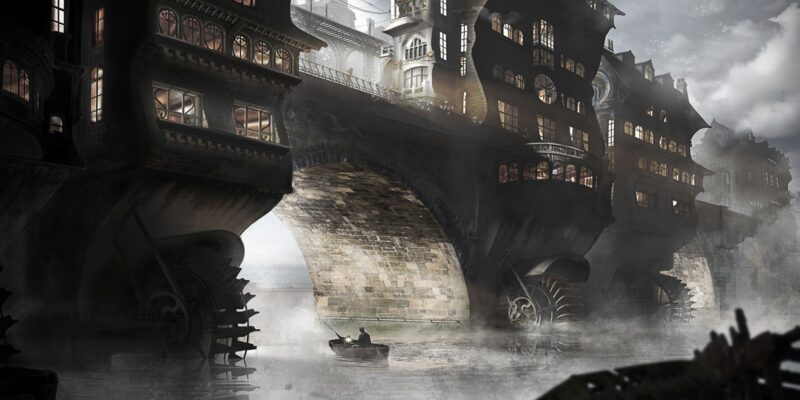 The Syberia series (Syberies?) has been around since the early 2000s, featuring lots of atmosphere and adventure gaming goodness. A sequel released a couple of years later, but the franchise went dark until 2017 when a third game reared its head. Unfortunately, that head got tomatoes and other expired vegetables thrown at it, as it wasn’t at all well received. Undeterred, Microids revealed a new entry in the series, Syberia: The World Before, which is now set for a release shortly before the end of the year. Hopefully, things will be better this time around and the franchise can shake that third game off a bit.

While previous entries in the series focused on protagonist Kate Walker, Syberia: The World Before has dual protagonists. Kate returns, with her section set in 2004. She’s been imprisoned in a salt mine when tragedy unfolds, pushing her onwards to a brand new adventure. The other half of the game is set in 1937. Players will see through the eyes of Dana Roze, a 17-year-old pianist who is watching fascism unfold as the second World War engulfs the continent. You’ll switch between the two as you look into mysteries and solve puzzles. The title is once again headed up by series creator Benoît Sokal.

Syberia: The World Before announced for December

Syberia: The World Before is set to release on December 10, and will hopefully feature far fewer bugs than the previous entry shipped with. The game can be purchased in both standard and Digital Deluxe editions. The latter contains a digital copy of the game, a digital artbook, an excerpt from the game’s script, and the soundtrack, as well as wallpapers, avatars, and concept art.

The game’s prologue has been available on Steam and GOG since October of last year, where it has received a 74% Mostly Positive response. It’s a stark contrast to the 49% Mixed its predecessor sits at. Honestly, that’s somewhat promising.

Skyrim Anniversary Edition is not a joke, announced for November 11