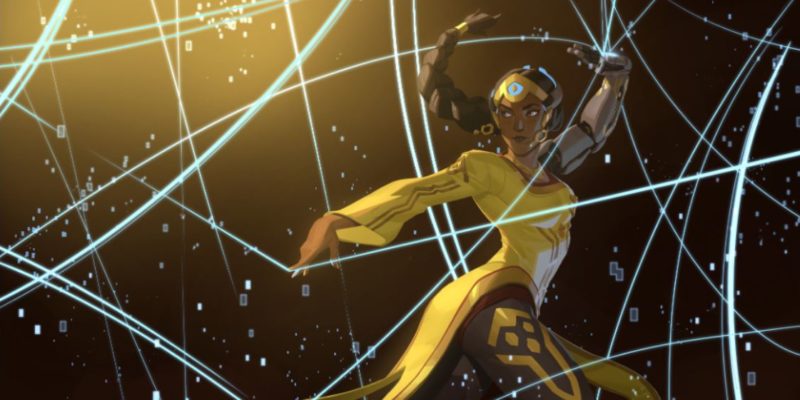 Now and then, Blizzard releases a short story that gives some insight into a few of the Overwatch characters. These stories delve into the past of the agents and tell stories that show off their personalities. The latest Overwatch comic, titled Stone By Stone, gives us a look into the scientific mind of Symmetra and the spiritual Omnic, Zenyatta.

The Overwatch Stone By Stone comic was written by Christie Golden, who has written numerous books for World of Warcraft. The story begins with the Vishkar Corporation accidentally damaging an iconic Omnic statue while developing the area. The company then sends Symmetra to repair the damage (both physical and emotional). At the temple, she encounters the Omnic monk Zenyatta. So begins the spiritual exploration, along with the physical restoration. You can read Stone By Stone on the official Overwatch website.

The release of the Overwatch Symmetra short story is accompanied by an in-game event. Overwatch veterans will be very familiar with how these events play out now. Win three, six, and nine games to unlock various rewards for the character who is the focus of the story. The nine-win reward is an epic Symmetra skin. You can also watch Overwatch partnered streamers to earn additional rewards – usually sprays. 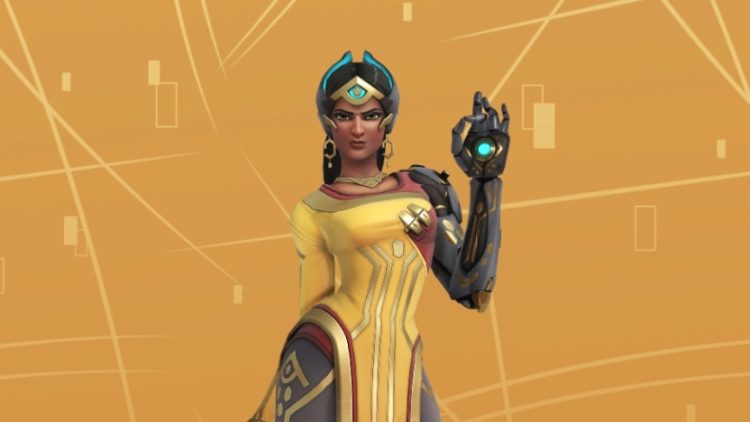 This is the outfit Symmetra wears in the comic, so it is likely the Epic skin for the event.

The latest event is called the Symmetra Restoration Challenge and it will run from November 17 to 30. I would encourage you to get on it, but nine wins is an easy target to reach in two weeks. So, take your time and focus on enjoying the game. Zenyatta would approve.

Overwatch Game Director Jeff Kaplan took to YouTube to briefly discuss the Symmetra comic and event. In the video, he also reveals some new features that will be coming to the game soon. The first is a Priority Pass. And no, you don’t need to purchase it. Queueing for games as a flex role (someone willing to play any role) will reward you with some Priority Passes. If you win the game, you’ll earn even more. You can bank up to 40 Passes. The intention of this is to encourage players to flex queue and speed up queue times for everyone.

A Priority Pass will stick you into a faster queue if you’re looking to play an impacted role. Essentially, if you want to play in the damage role, like most Overwatch players, you’re going to want to stock up on some Priority Passes. The system sounds good for players willing to play a variety of roles. However, if all you want to do is play damage, your queue times are likely to get a whole lot longer.

Kaplan also revealed in the developer update that Overwatch will soon offer new ways to view and spectate replays. The new systems have been designed with two audiences in mind – tournament broadcasters and content creators. With the new replay feature, you’ll be able to control the camera better, change the user interface, and manipulate player outlines and names. You can even turn off capture sounds if you like.

These new features should help everyone looking to create Overwatch content to improve their output quality.