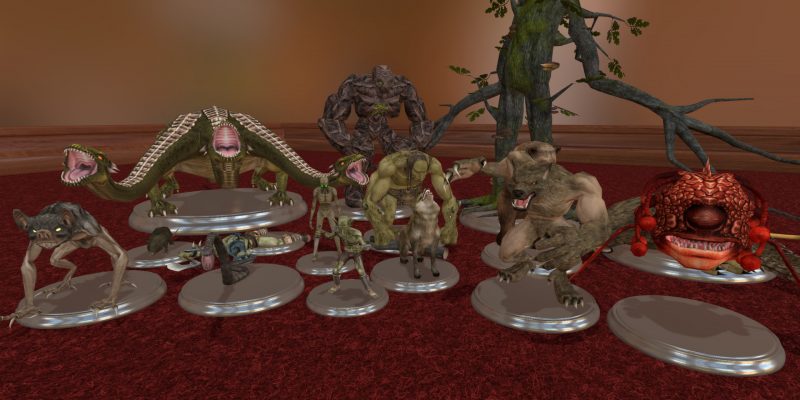 We can all agree that more people being able to play games is a good thing. That’s why localizations are so important — they let people who don’t speak a certain language play and understand a game. However, there’s a right way and a wrong way to go about doing this. Tabletop Simulator recently added support for 29 new languages, but its developer, Berserk Games, decided to go about it the wrong way.

The right way to get a game translated into different languages is to — and this shouldn’t be a surprise — hire translators. Real humans that actually speak the language the game is being translated into. This ensures that the final product makes sense to the new audience it’s being introduced to. Tabletop Simulator translated its in-game text into 29 different languages using Google Translate instead. That, dear reader, is the wrong way to do it.

Tabletop Simulator now has translations for 29 different languages, and they’re all terrible. Looking through the Twitter post in which Berserk announced the translations, the community reception is predictable. Multiple users translate what’s been added to the game, showing it’s almost always incomprehensible, broken writing. One Twitter user, who claims to speak Japanese as a second language, pointed out that the game’s option for Japanese doesn’t read “Japanese language,” but “Japanese nationals.” The same user pointed out another screen that would usually bring players to the game’s main menu. Instead, it reads “Are you allowed to end to the main menu?” with two options that read “Yes” and “Number.”

The immediate, extreme rebuke from the Tabletop Simulator community to this method of translating didn’t go unnoticed. Just yesterday, the game’s Twitter account posted a response, thanking those who provided feedback. The statement goes on to say, “We chose to use google translate while providing tools for the community to create their own translation mods, as this is the only feasible solution to support 29 different languages.”

For any more feedback please let us know by posting here – https://t.co/cp8rWdAHDY pic.twitter.com/FB70HCfriL

To clarify, Berserk Games won’t be changing how it translated Tabletop Simulator into all those different languages. Instead, it’s foisting that responsibility onto the game’s community. Suffice to say, this is an extraordinarily disrespectful decision. It shows that Berserk Games won’t make fewer translations for Tabletop Simulator at a higher quality by paying professionals. Instead, it’s deciding to let players translate the game if they want, and then profit off of that effort by making that translation available to anyone.

Thankfully, Tabletop Simulator isn’t the only way to play board games online. There’s an extensive list of quality digital board games available on Steam. You can check out a selection of them here.

Power your tiny gaming desktop with this 1,000W PSU from Silverstone

Everhood is an RPG with musical rhythm battles, with a release date this March