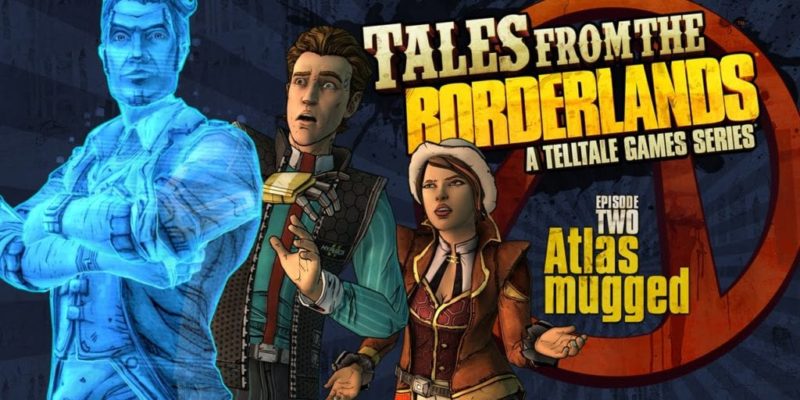 Last week saw some Tales from the Borderlands Episode 2 images appear, and the second installment now has a trailer and a fairly accurate release window.

The trailer itself doesn’t have the release schedule on it, but in the accompanying press release Telltale say Tales from the Borderlands Episode 2 (‘Atlus Mugged’ … nice) will show up the week of 17 March. Since 17 March is a Tuesday, it’s a reasonable assumption that this is when the PC version will be released.

There’s been a pretty hefty gap between the release of Episode 1 and Episode 2. Larger, even, than the gap between Episodes 1 and 2 of The Wolf Among Us in 2013/2014. Hopefully this doesn’t point to any serious issues with re-writes or creative troubles.

Since Tim is the one following Tales from the Borderlands, I’m not entirely sure what’s going on in this trailer for Episode 2. I’m going to just assume that it might contain spoilers for people who haven’t played Episode 1 and not write too much about it.