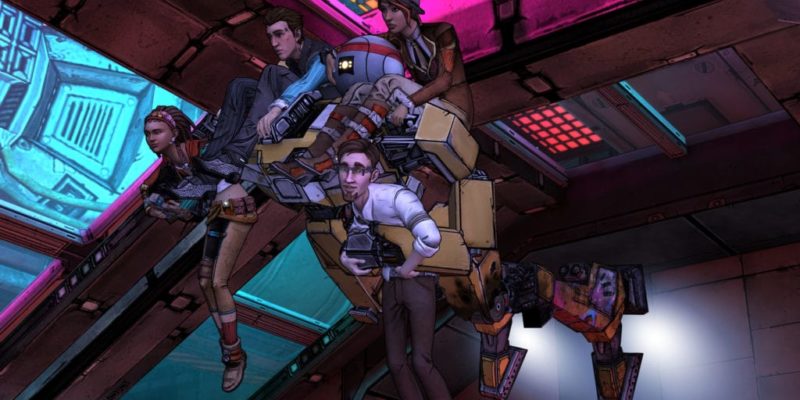 After a bit of a hiatus (Episode 2 came out in mid-March,) Telltale’s Tales from the Borderlands series will be continuing with Episode 3 (‘Catch a Ride’) on 23 June.

The ‘week of’ 23 June, anyway. But since that’s a Tuesday and the PC version tends to show up on that day, that seems like a safe bet for the actual release date.

According to the plot summary of Episode 3 (which I’m going to have to trust, as Tim’s the fellow who’s been playing these for us,) “Rhys and Fiona find themselves looking for another piece of the puzzle that will lead them to the untold riches of Vault key ownership.” If that sounds a bit vague, allow me to sprinkle in the details that the pair are lost in a “mysterious jungle” inside a terraforming facility, pursued by ‘Queenpin’ Vallory, and, apparently, “love is in the air.”

Cast your eyes below for some new Tales from the Borderlands images depicting some of those very things.