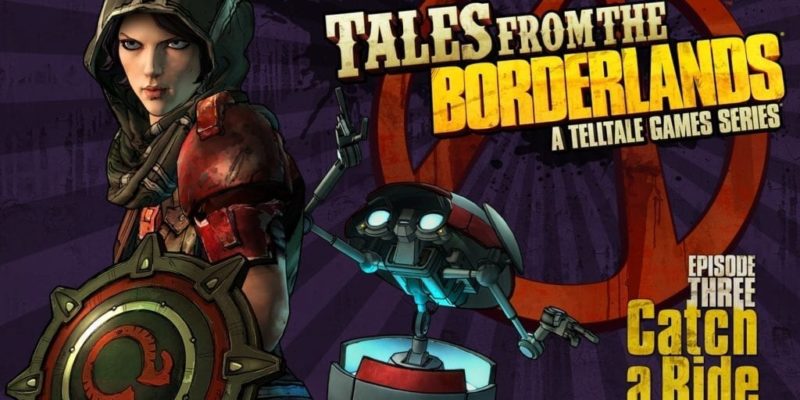 Tales from the Borderlands picks up where it left off with episode three in the series, “Catch A Ride.”

Set on the planet of Pandora after the events of the critically-acclaimed Borderlands 2, we follow Rhys and Fiona as they find another piece of the puzzle that will lead them closer to Vault key ownership. Rhys still shares brainspace with a dead dictator, and Fiona finds an unexpected mentor, and it appears there’s also love in the air. Lost in an Atlas terraforming facility with ‘Queenpin’ Vallory on their tail and with Vaughn being of no help, it’s up to you to get this ragtag crew anywhere near the Vault.

“The humor is some of the best in the season so far, and choices are more important than ever. We wouldn’t want to spoil too much, but fans can expect to see even more intense action, more faces they’ll recognize from Pandora, and one core character in particular that holds the key to the group’s big score,” said Kevin Bruner, CEO and co-founder of Telltale Games.

Tales from the Borderlands episode 3, “Catch A Ride” is already available for download through the Telltale Online Store or Steam. The series is published digitally by Telltale Games in partnership with Gearbox Software and 2K.

League of Legends’ New Champion Is a Hungry, Hungry… Fish?