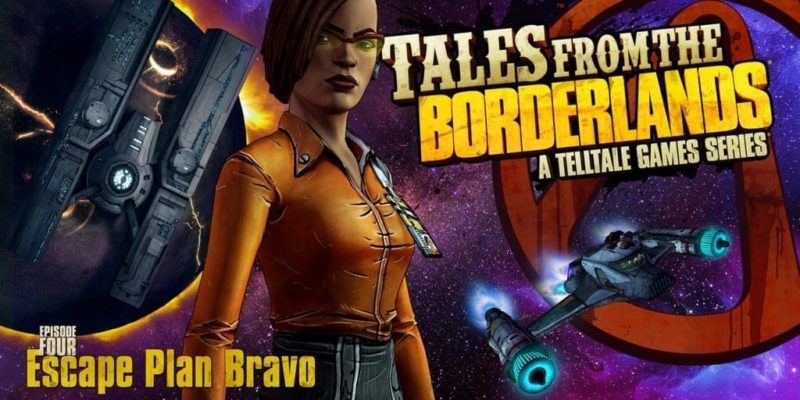 Rhys and Fiona have come so far on their quest, and players have become familiar with the quirky, rag-tag band of heroes of Tales from The Borderlands. We’re getting Episode 4 soon, and Escape Plan Bravo sounds like it’s going to be one heck of an adventure.

Where’s the Vault beacon? On Helios, the Hyperion moon base. Where are our heroes? On Pandora, being held at gunpoint by Vallory and her goons. There’s that whole ‘space’ thing they need to get past, to get to the prize. Sacrifices will be made; do you have it in you to make the tough choices?

“Between blasting into space, traitorous allies, and one of the most madcap action sequences we’ve ever produced, this is perhaps the most exciting episode yet in our collaboration with Gearbox and 2K,” said Kevin Bruner, CEO and co-founder of Telltale Games. They kinda say that about every installment, but they’ve delivered so far and we see no reason to doubt them. The choices will only get tougher as the final episode approaches. Are you ready for it?

Tales from the Borderlands: Escape Plan Bravo will be available on the Telltale Online Store and Steam beginning Tuesday, August 18th.

One Way Heroics Plus expands to the right