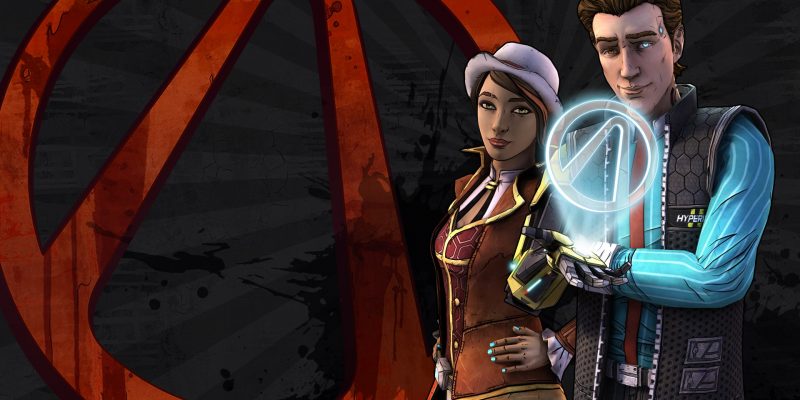 Whether you are a fan of the first-person shooting in the Borderlands series or not, there is no arguing that one of its spinoffs has endeared itself to many fans in an enduring way. Yep, I am talking about Tales of the Borderlands. The narrative-heavy adventure from Telltale Games gave us plenty of story and memorable characters. It is a game that comes highly recommended for anyone looking to have a good time. However, it has been hard to get a copy of the game for some time. GOG removed the game from its listing, while it is still not purchasable on Steam. Thankfully, that situation will change soon. Gearbox has announced that Tales from the Borderlands will be on sale yet again on February 17.

Tales from the Borderlands tells the stories of Hyperion suit Rhys and con artist Fiona between the events of Borderlands 2 and 3. Instead of the all-out action of the mainline games, the game mixes in action sequences with plenty of narrative development.

It is a fun and often hilarious time, where you make choices and suffer the consequences. For those who might have missed out the first time, next week will be your big chance to try it out.

The sale of Tales from the Borderlands, alongside other Telltale games, was stopped following the closure of the studio back in 2018. Things looked doomed for a while. However, Skybound Games has since stepped in for The Walking Dead. The resurrection of Telltale in name has also happened.

This allowed the likes of Batman, Monkey Island and The Wolf Among Us to return as well. Tales from the Borderlands is part of the same deal.

The announcement does not state which platforms Tales from the Borderlands will be for sale on. A safe bet would be Steam. As for other storefronts, the Epic Games Store and GOG may not be too far behind. Could a sequel be in the works? One can only hope.