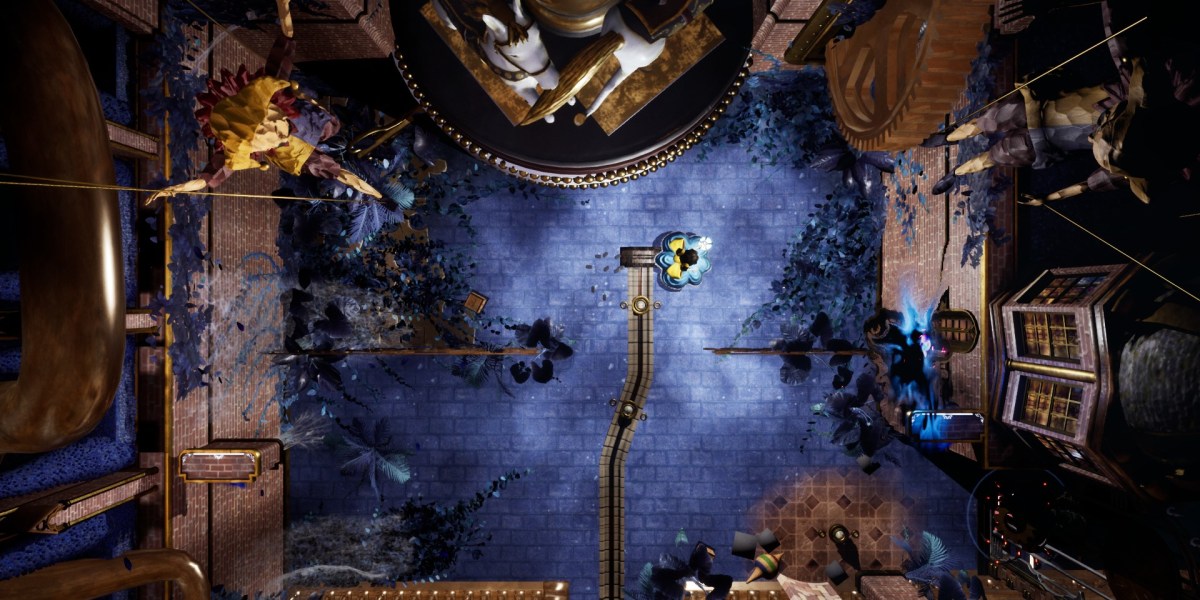 I’ve recently got into the groove of puzzle games, especially ones that aim to test my admittedly short patience. The livestreaming craze of It Takes Two’s launch prompted a fire in me to grab all my friends and jump into as many cooperative puzzle games as I could, with the intent of making frenemies out of them as they fail to listen to my instructions. Fortunately for them, Tandem: A Tale of Two Shadows is a single-player experience; yet similar to the cooperative puzzle games released as of late, you still control two perspectives. But, even solo, you have to control two different characters and playstyles yourself. I was given the chance to preview Tandem: A Tale of Two Shadows, and make no mistake: I was my own worst enemy.

Tandem: A Tale of Two Shadows is a unique puzzle game with the distinctive gimmick of shadows and multiple perspectives. You play as two characters, a little girl named Emma and a teddy bear named Fenton. The pair navigate a curious and dark London as they investigate the disappearance of magician Thomas Kane. It’s a game that tries to redefine the puzzle-platformer genre. And while I wouldn’t take it that far, Tandem certainly seems to carve out a name for itself as a creative spin on puzzle games.

You do play as both protagonists, but you don’t control them at the same time. Starting each level as Emma, you manipulate her from a top-down perspective as she wanders around an area. With the press of a button, you can switch to Fenton, who has a different side-scrolling perspective instead. By walking around certain obstacles as Emma, you can create shadows that act as platforms for Fenton to walk on. Switch to Fenton, traverse through said shadow, and reach the end of the level. (Be careful, as if you swap to Fenton while he’s inside a shadow, he’ll be stuck and unable to move.) 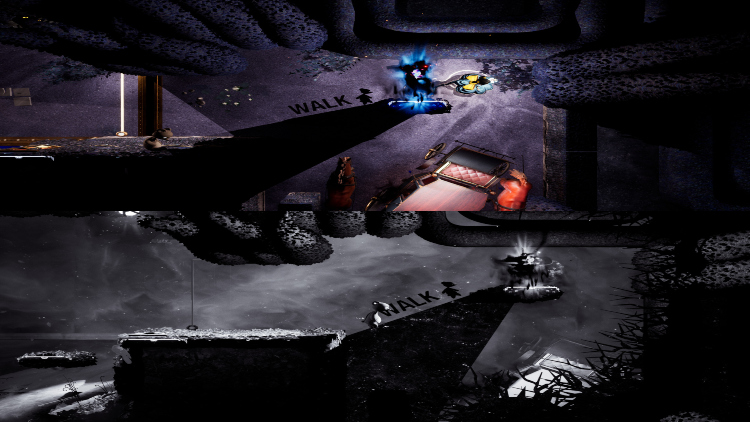 Emma in front of a platform, creating a shadow. Swapping to Fenton allows them to walk on top of the shadow.

The levels start off rather easy as they introduce you to the game’s mechanics. There’s somewhat of a difficulty curve as the game expects you to get a better grasp of what to do, but it never gets too difficult. Switching between two characters is mostly a breeze, although there are times when the perspectives of the game are a little bit difficult to follow. The strength of the game comes when Emma and Fenton have to work together, so there are weaker levels where the two perspectives are mostly separate. Switching between the two during these moments often feels like a frustrating leap of faith.

Levels can focus primarily on Fenton and platforming, as he jumps from shadow to shadow. Other times, they can focus on Emma as she stealthily navigates her way past hungry, mechanical spiders. With an influx of different mechanics between different levels, Tandem rarely feels stale when you’re finding solutions.

The experience is augmented by a mysterious and whimsical interpretation of London. Emma herself dips into uncanny valley territory at times, but the levels are impressively designed, with little details to find around every corner.

Of course, there are some things to iron out before the game’s release. There were a couple of instances where a cutscene would play without sound, or where you could cheese through a level, completing it with unintended solutions. I even found myself in a situation where Fenton was stuck, despite not being inside a shadow. 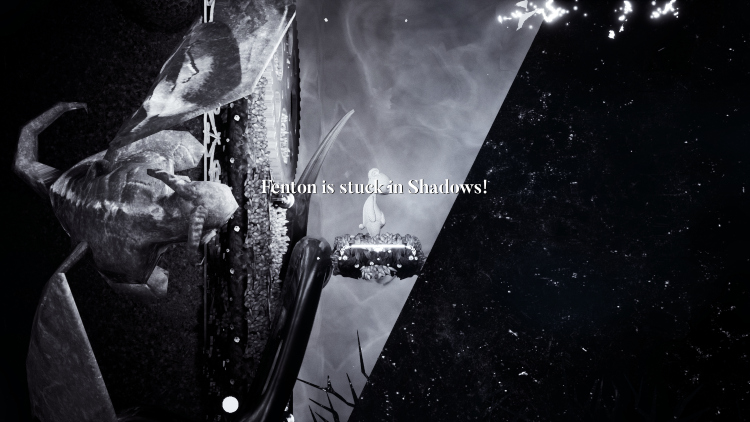 Is he really, though?

Generally, I enjoyed my brief time with the Tandem: A Tale of Two Shadows preview, and the swapping mechanic is undoubtedly special. Levels don’t feel too long (and are often on the shorter side, honestly), and this feels like a game you can enjoy in short sessions. There’s a lot of promise in Tandem, and there should be plenty to look forward to in the full release.