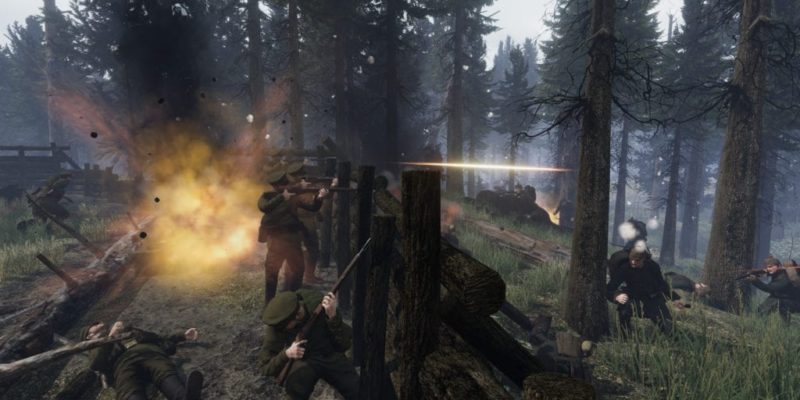 On August 26, 1914, Russian armies crossed into East Prussian lands in an attempt to cripple Germany. Barely a month since the conflict that would become known as The First World War began and already nations were at each other’s throats. In spite of having a 2:1 advantage in troops, poor planning and coordination led to an offensive that bogged down. Rather than being able to encircle the Germans, the Russian armies found themselves at the receiving end of a pincer. That happened 30 km. from the town of Tannenberg.

Low on food and morale, the Russians had to choice but to chaotically retreat. Some made it out, but 30,000 were dead or wounded, and 92,000 were captured as POWs. Two and a half army corps were obliterated and 400 artillery pieces and heavy guns were lost. Also among the dead was the Russian commander, General Samsonov, who preferred to commit suicide than tell the Tsar the bad news. In contrast, Germany only suffered 13,000 casualties. And, again, that’s just a month after World War I started! That would mark a clear departure from past wars in history when those losses would’ve been enough to end the conflict. Instead, it was just a major battle in a long list of major battles.

That’s the historic battle that inspired Tannenberg — a game from the makers of Verdun — which will officially launch on February 13, 2019. Check out the trailer below:

All Quiet On The Eastern Front

As mentioned, Tannenberg comes from Blackmill Games and M2H, the creators of WW1 shooter Verdun. Unlike Verdun, which focuses on the trenches and bombed out buildings of the Western Front, Tannenberg has the rolling hills and snowy plains characteristic of the east. It shows the drastic differences in the grand strategy and style of maneuver combat between the two front lines.

Because this focuses on battles on the Eastern Front,  you’ll choose between Germany and Austria-Hungary or Russia. Some recent additions and announcements for Tannenberg also include Bulgaria (which joined the Central Powers) and Romania (which joined the Allies/Triple Entente). Given the emphasis on large-scale multiplayer battles, Tannenberg adds bots to the game world. This is so you’ll never feel like you’re fighting alone or with only a handful of players. That’s why some of the recent tweaks, while the game’s in Early Access, focuses on AI behavior.

If you are in the game world during Remembrance Day 2018, the developers and the community will commemorate it with a two-minute silence. The developers have also recently made changes to the game’s UI and sound effects. You can see these changes in the demo below (these changes were also made for Verdun):

February 13, 2019, is something to look forward to for WW1 shooter fans when Tannenberg leaves Early Access. Don’t forget that you can enter our giveaway to win a free copy of Tannenberg.

Guide Maker Prima Games Will Close Its Doors In 2019