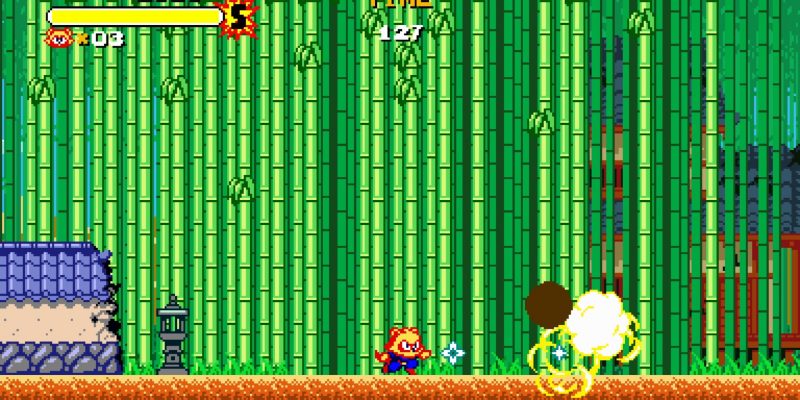 It’s hard to believe how much games have changed since the ’80s. Both arcade and console games often took less than an hour to beat, and that was perfectly fine. Some of our most memorable experiences are from those short, simple games. Tanuki Justice is one of those retro throwbacks that looks and feels exactly like the classics. It’s extremely short and not especially unique, but its charming pixel graphics, challenging levels, and responsive controls make it well worth a play or three.

Tanuki Justice is basically a mid-’80s arcade game. It would feel right at home on the NES, aside from the fact that it has infinite continues. You play as a tanuki, or raccoon dog, that is also some sort of ninja. The game can be played solo or with a friend, with one player being the brother tanuki and the other being the sister. The game has six stages, each ending with a boss battle. There’s a sort of seventh stage that just encompasses the final boss encounter. Along the way, you’ll fight everything that moves and navigate tricky platforming challenges to make it to the boss. By default, you only have three lives. If you run out, it’s back to the beginning of the stage.

The tanukis can move, double jump, throw shurikens in eight directions, and use a special when their attack meter is filled up. You do this by collecting pickups and by attacking enemies. Each life grants you a single hit and losing a life means your meter gets depleted. Similarly, scores are tied to continues, so you can only get a complete score by playing through the entire game with one continue. However, extra lives and shields can be found in item boxes, so that’s not as daunting as it sounds.  The game took me about an hour to clear the first time, but most of that was due to the levels of memorization needed to complete the fifth and sixth stages. 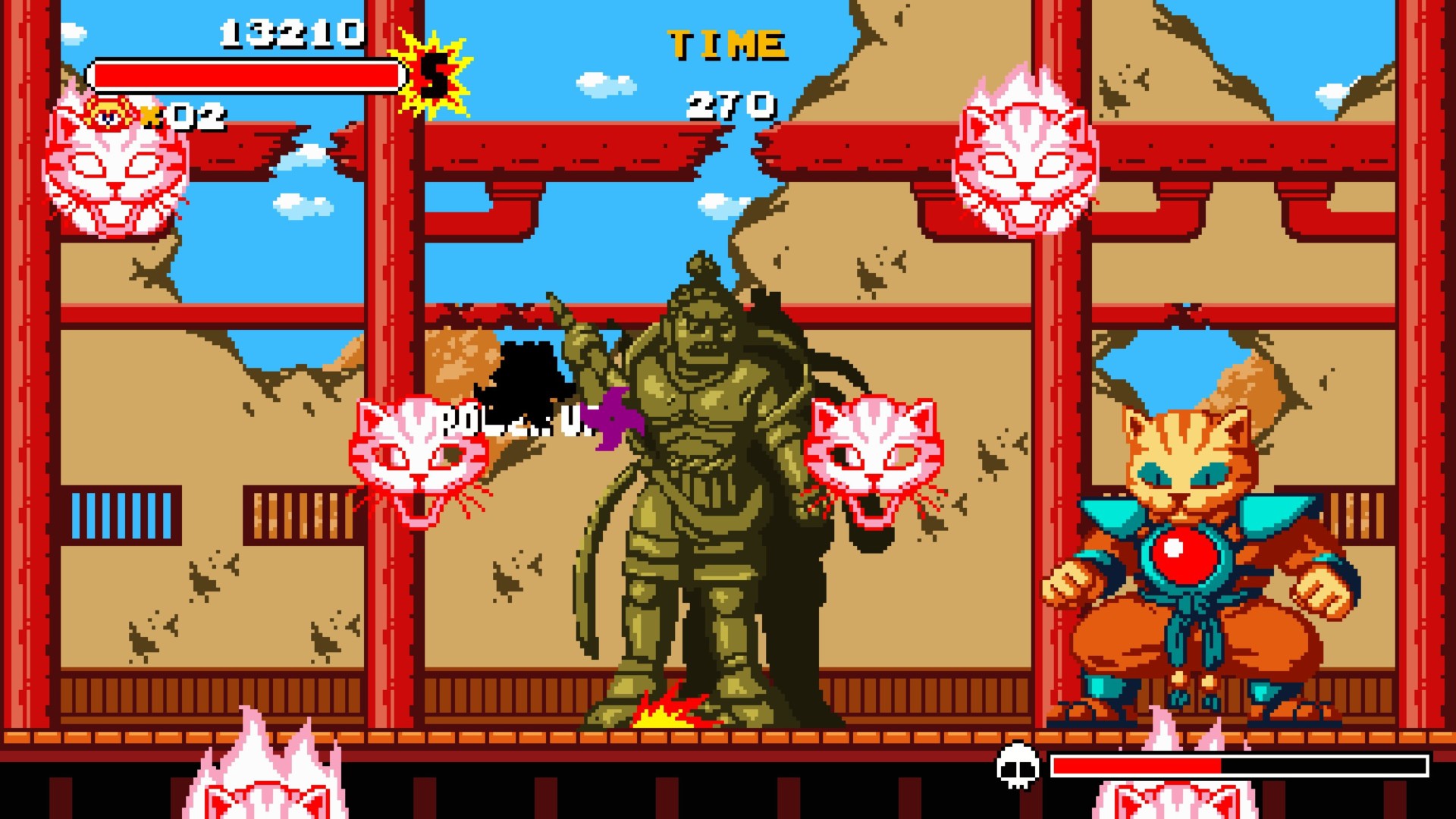 Make no mistake, Tanuki Justice is a traditional platformer. Enemies charge at you in large numbers, and you need to carefully take them down while dodging their attacks. Most of the game is fairly challenging, although the fifth and sixth stages add some cheap tricks. Still, those are par for the course in this type of game. For example, in stage six a bunch of enemies spawn above a trick platform and will almost certainly hit you if you don’t know ahead of time that they’ll spawn. Similarly, the rapidly vanishing platforms in stage five are rather annoying.

Regardless, it’s all doable with a bit of practice. Most of the bosses aren’t particularly challenging on normal either. They don’t have much health and their patterns are clear — even the final boss isn’t much of a threat. Of course, there are two higher difficulties to contend with, both of which are notably trickier to get through with a high score. After beating the game, a survival mode unlocks. In it, you decide when to send in the next wave to beat the timer. If you take one hit, it’s game over. In other words, it’s a rush.

Tanuki Justice doesn’t do anything new or especially noteworthy, but it’s a great example of how fun these types of games still are. I’m glad there are devs who still make games like this. That being said, the $15 USD price tag seems like a bit much for what you get. Still, the game is a blast while it lasts, and if racking up high scores is your thing, there’s some life left in it after seeing the credits roll. 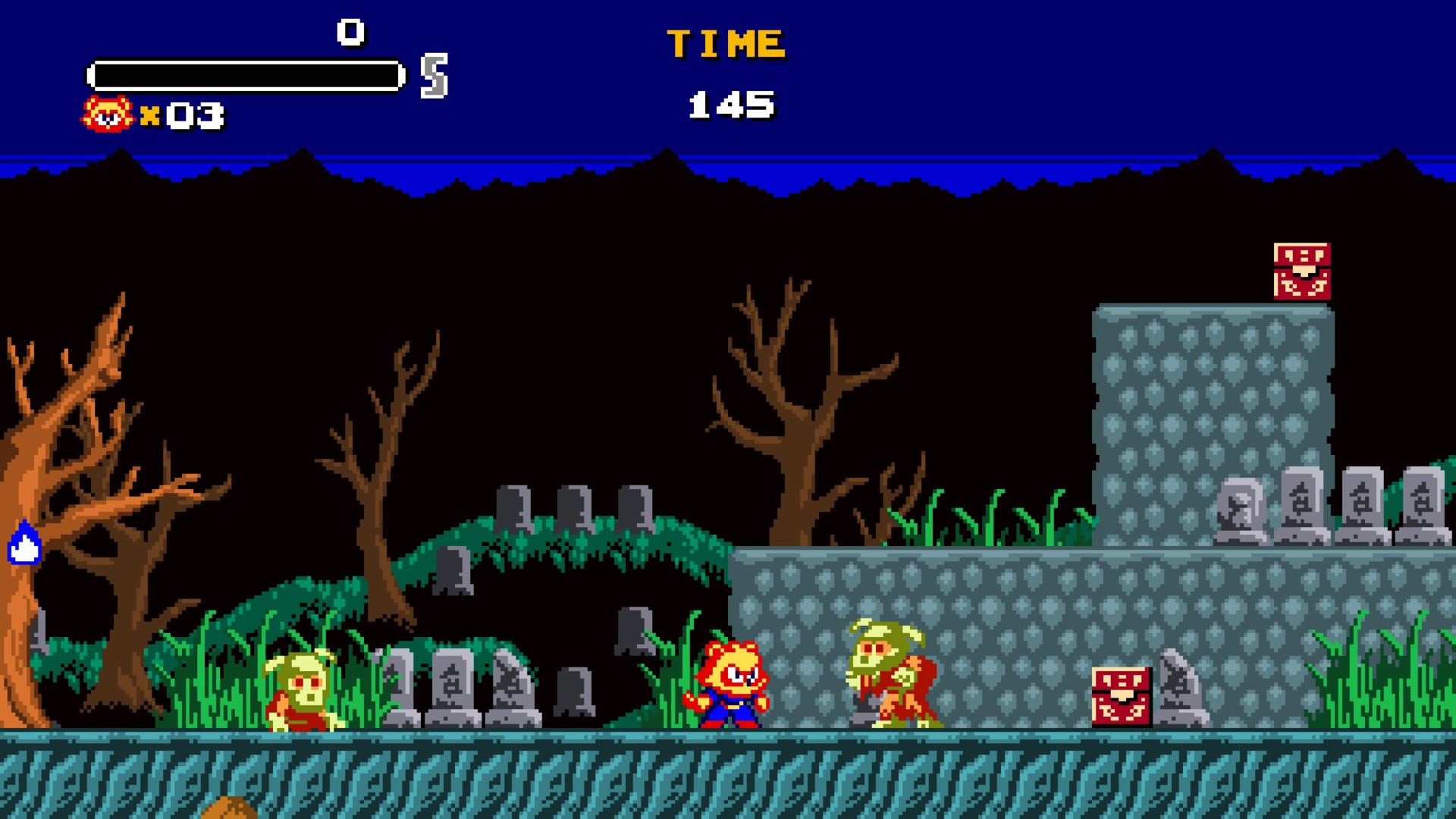 A colorful throwback to '80s action-arcade titles that looks and feels like the real deal. Challenging and enjoyable, it's worth a look for anyone who wants a new old game to rip through.