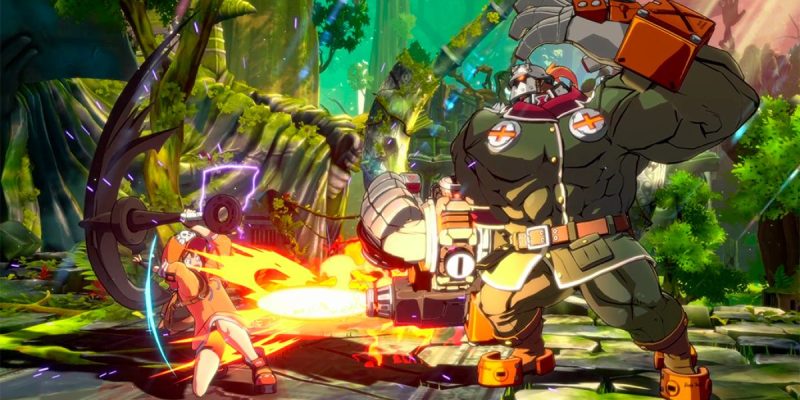 The first few months of a fighting game are always a great time for new and old players. New players are able to stand on more even footing, and veterans get a chance to really crack open a new game. These early days of a new fighting game are no stranger to discoveries, many of which can drastically alter how the game is played. Guilty Gear is certainly no stranger to this, as a new taunt cancel technique has been discovered in Guilty Gear Strive.

For us old-timers who were there at the beginning, taunt cancels should sound very familiar. In the original Guilty Gear on PlayStation, any move could be cancelled into a taunt. This led to the original game being littered with braindead infinites that weren’t even that hard to pull off. Sol could infamously just do the same move over and over again. Now, something similar, but far less egregious, has been discovered in Strive.

In Guilty Gear Strive, any normal move can be cancelled into a taunt. Using this knowledge, we can use taunt canceling to increase the damage of combos. Normally, when you Roman Cancel during a combo, you get the red Roman Cancel. This cancels the move you were doing and lets you move freely again. It also causes an explosion effect that slows the opponent down long enough for you to extend your combo. This explosion counts as a hit in the combo and affects damage scaling. Meaning it will make your combos do less damage overall.

Taunts now have a use in Strive

Now Purple Roman Cancels work when a move is in recovery and has not hit the opponent. It also causes a slowdown effect, but, most notably, it does not have the same explosion that red Roman Cancels do. Since taunts don’t actually hit your opponent, you can cancel your normal moves in a combo into a taunt, and then Roman Cancel the taunt. You have to wait a slight moment before Roman Cancelling the taunt, as if you do it too fast you’ll get the normal red Roman Cancel.

Following this method, your combos can now do more damage. Depending on the combo, you can squeeze out anywhere from 30-50 extra damage. This may not sound like a lot, but when it means the difference between winning and losing, it is everything. Certain characters can also use this technique in other applications. Characters whose normals have lots of blockstun, like Zato and Potemkin, can use taunt canceling for mixups and setups. For example, Potemkin can taunt cancel his close S and then get a Potemkin Buster. This being from a range he normally couldn’t, off of a normal he normally wouldn’t be able to do. It’s a huge deal. You can see it shown off in the video above by YouTuber rooflemonger.

The second piece of tech discovered this week is a little more advanced. If it is allowed to stay in the game, it will dramatically affect how Strive is played. As you can see in the video below, for characters with super moves with invincible startup, if you Roman Cancel the startup of your super you will retain all of the super’s invincibility and be free from being punished. On top of all of that, this only costs 50% of your meter. Supers and Roman Cancels both cost 50% of your meter. This should cost an entire bar to do, but it doesn’t. All characters have access to a risk-free invincible move on wakeup for only 50% of your meter.

While this is less of a big deal for characters who already have invincible reversals, like Sol, Ky, and Leo, it is a huge issue for characters who don’t. Fighters like Nagoriyuki and Faust that don’t have invincible uppercuts now have access to them with no risk of being punished. Normally if your opponent blocks your super move, you are left wide open — not the case, here. Plus, since you are canceling the startup of a move that has not hit, you get a Purple Roman Cancel, which causes a slowdown. So, depending on what button your opponent pressed, you will most likely be able to punish them with a full combo.

It is unclear whether this new taunt cancel and invincible super tech in Guilty Gear Strive is intentional or not. They may be gone after the next patch, and if so, get some wins in online while you can. But, if they are allowed to stay in, they will dramatically affect how the game is played from this point forward.