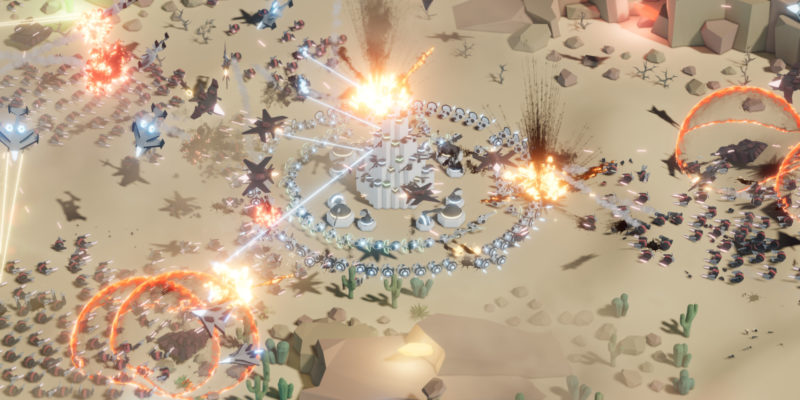 Earlier today, Taur received its first major content update. Echo Entertainment’s sci-fi action strategy game was released four months ago, and some fans were concerned over the lack of major updates since. Thankfully, the developers have finally addressed these concerns as update 1.1 adds tons of new content.

Perhaps the most significant aspect of this update is the introduction of four new playable maps. These are the Sand Pits, Green Abyss, Icy Isles, and Skywood. They will all place you in varying, diverse environments designed to challenge your abilities.

On top of the new maps, Taur‘s first content update introduces a bunch of new technology to the research tree. In total, players will be able to research 33 new techs that can completely change how you approach the game. These are primarily upgrades of the game’s turrets and weapons, but there are also techs that focus on aircraft too.

Outside of new content, update one has been used as an opportunity to implement various quality-of-life improvements. Amongst these include tweaks to the randomness of War Zone rewards, a tutorial toggle, and official support for ultra-widescreen resolutions.

These kinds of fixes may not sound fancy, but they tend to be responsible for a game’s player base sticking around in the long term. Especially for a niche indie-developed strategy game, keeping the existing player base happy is a must. Certain other developers tend to overlook these changes and pay the price down the line.

Finally, Taur has seen the majority of its weapons and vehicles rebalanced. There are a ton of small changes that should hopefully make the game’s progression more preference-based rather than forcing players to pick the best in-slot turrets.

For the full details and change list, you can check out the official patch notes from Echo Entertainment on Taur‘s Steam page.