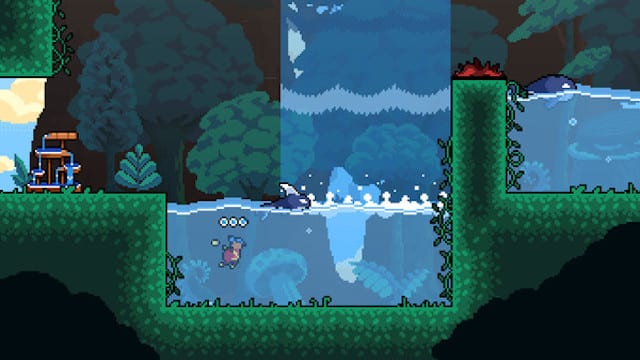 Challenging platformers seem to be making the rounds more often lately, thanks to big hits like Celeste. Now, Team 17 looks to make time stand still in the genre with its latest project, Ageless.

Currently in development for Steam, Ageless is being made in conjunction with the Malaysian developers at One More Dream Studios. It’s a game where players will be able to manipulate the age of flora and fauna as they navigate puzzles through a surreal world.

The game puts you in control of Kiara, a young woman armed with a mystical bow. With it, she’s able to control aging to a certain degree. For instance, shooting animals and plants can actually make them age either older or younger, depending on her decisions. These tie in with Ageless‘ puzzles, forcing you to make decisions as you continue onward.

Time is definitely on your side here

Over the course of the game, you’ll eventually master the age of becoming “ageless.”

However, it comes with its fair share of consequences, as you’ll learn through the game’s narrative. You’ll also have your own personal demons to overcome — a task that is far from easy.

With its unique world and high amount of collectibles, Ageless should be a great game for, ahem, young and old alike. Bala Vicknesh, who serves as lead developer for the game, explained as much in a recent press release.

“Ageless has been lovingly crafted over an amazing couple of years,” he explained. “And now that we’re nearing the finish line, it’s been magical seeing all the pieces come together.” He notes that Kiara’s journey will certainly be worth the wait.

Featuring a combination of innovation and old-school platforming, Ageless should be a stand-out title when it eventually arrives on Steam sometime this year. Wishlist it here, then check out the mesmerizing new trailer below.