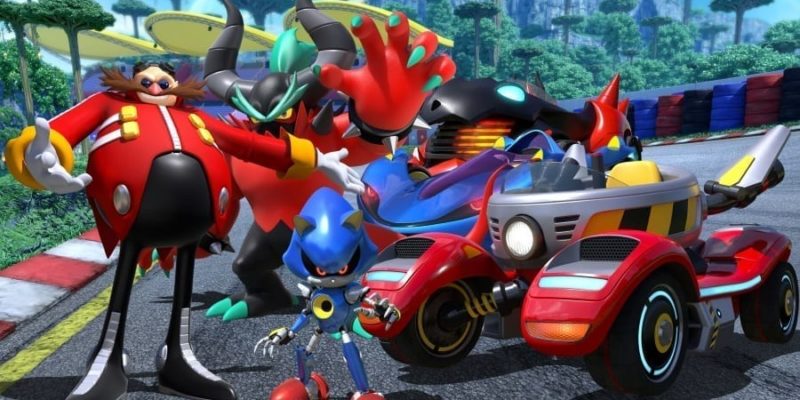 It’s been a while since new updates have come through regarding Team Sonic Racing. The last trickle of information stemmed from the Tokyo Games Show 2018, revealing new tracks (21 in total), character classes, and a few music tracks announced earlier this month. Today, Sega announced that Eggman would be up to his antics again and revealed his personal squad of dastardly racing diehards.

The introduction of character classes in Team Sonic Racing was probably the most meaty of the previous reveals. Each of the playable characters in the game can be classified as either a Power, Technique, or Speed racer. You can then build your team with a mix of each of these classes, or go all out having them all be the same. And what would classes be without a little bit of evil, right? For that reason, Dr. Robotnik, Metal Sonic, and Zavok have been added to the already robust roster.

Even Villains Have Class

It looks like each of the newly announced characters will also align with the three various types of racers. Dr. Robotnik is introduced as the technique class, Metal Sonic as speed, and Zavok as heavy. The release goes on to provide details about each of the characters and their tie-in to the Sonic series of games. It also details that Dr. Robotnik, aka Dr. Eggman, does indeed have a first name: Ivo. It’s Ivo. I was today old when I learned that.

Team Sonic Racing releases on May 21. The game will launch digitally on PC via Steam. With the recent announcements of various other digital storefronts, it’s unclear if Sega too will join in launching across multiple different digital distributors. At this time, it seems that Steam is the only available platform for PC.

For those looking for the console version of the game, it will also release on Xbox One, PlayStation 4, and Nintendo Switch.

The Walking Dead: The Final Season Episode 3 Review – Back From The Dead