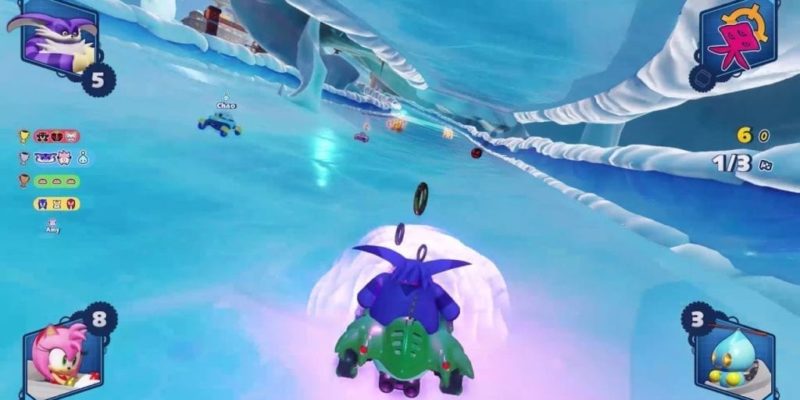 SEGA released a new video for Team Sonic Racing today, this time showing off some “way-past-cool” moves (I already regret typing that) you and fellow teammates can use in the game. The video also presents you, dear viewers, with some footage of Team Rose, as well as the new track, Ice Mountain.

There are five abilities that your team can utilize in Team Sonic Racing. From the SEGA press release:

These new moves should add a little pepper to the typical race. No longer will you only rely on various power-ups to win that coveted checkered flag. The team element of the game will presumably help Team Sonic Racing stand apart from other mascot racers. Of course, some parallels between it and other games such as Mario Kart will be made. However, developer Sumo Digital is clearly making some inclusions that may help the game stand on its own.

The return of the lovable leftovers

Supposedly we must now move on to the real meat of the clip: Ice Mountain. No, wait. I mean Team Rose, headed by Amy Rose, Sonic’s on-again, off-again admirer; a Chao (just a Chao); and Big “my heart will go on” the Cat. If you’re not excited by that final inclusion then, well, yeah. I mean, I suppose SEGA can’t be faulted for doggedly sticking by its characters, this time vicariously through Sumo. Nonetheless, it seems impossible to have another Sonic game without being reintroduced to a forgotten furry friend. Did you know Sonic Mania Plus has a squirrel now? It’s true. Look it up.

Check out the trailer below: