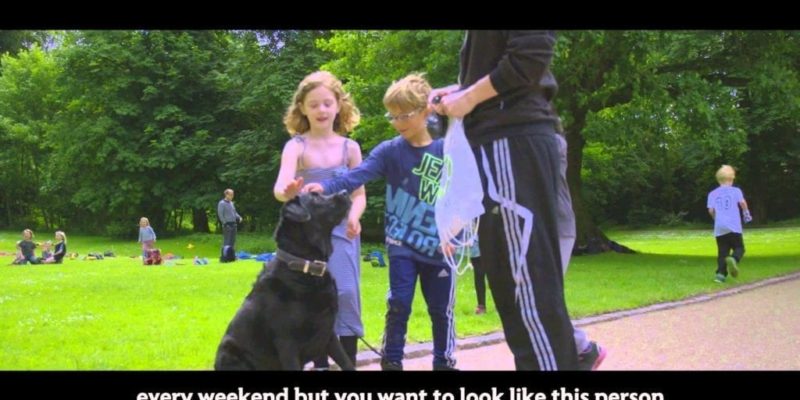 They’re the team most heavily favoured to win The Internationals 6. Their performance has been outstanding, boasting three recent first-place finishes at Premier and Major-tier competitions within the space of a month. They comprise of players whose countries of origin vary from Israel to Canada. Who are they?

They’re OG. To new viewers, it may seem as though OG shot to sudden, noisy fame, a trajectory not unlike a rocket or perhaps a firework. Faithful followers, however, are aware that OG were actually previously branded as (monkey) Business, and first formed in August 2015 during the post-TI shuffle. The team—whose roster hasn’t changed, even though they’ve switched monikers—rose to prominence in late 2015 by snatching a Frankfurt Major victory over TI5-winners Evil Geniuses. This year, OG became the first team ever to win two Valve-sponsored Dota 2 tournaments, claiming first place at the Manila Majors in June.

Many of the players on OG actually first cut their MOBA eyeteeth on Heroes of Newerth before discovering a greater challenge – and the potential for greater reward – in the world of Dota 2.

Team captain Tal ‘Fly’ Aizik and fan-favourite Johan ‘n0tail’ Sundstein made the switch over from HoN to Dota 2 together as part of Fnatic in 2012.  At first glance, they may seem like an odd pair. 23-year-old Aizik is thoughtful and serious, a broad-shouldered and square-jawed young man, son of influential Krav Maga martial artist Moni Aizik and a practitioner of the art himself. By contrast, the Danish Sundstein is blond and bubbly, always incredibly cheerful, sometimes appearing younger than his 22 years. But eSports is one of those things that can make for strange bedfellows: for two years the pair battled side-by-side. Their performances were solid, but rarely standout, and in 2014 the dynamic duo left Fnatic to become part of Team Secret.

Friendship conquers all: despite being on competing teams, Johan ‘n0tail’ Sundstein and Tal ‘Fly’ Aizik hang out at TI5.

Both Aizik’s and Sundstein’s tenures on Team Secret were ultimately brief, and they parted ways before TI5: Sundstein to join Cloud9, and Aizik to become part of compLexity Gaming. Both teams had disappointing performances, placing 10th and 11th at the tournament respectively.  Despite their separation, the two players’ respect for each other never wavered: in one of Valve’s official TI5 player profile videos, Aizik can be seen praising his former teammate—known at that time as BigDaddy—for his brilliance at gaming.  “Any game he plays, he’s actually really good at. Like, it’s actually pretty scary,” Aizik noted. (Sundstein’s dog also makes an appearance in the video.) The two were reunited shortly after TI5.

Together, they form the backbone of OG, showcasing a friendship and brotherhood that’s underlain OG’s successes. Aizik has said in the past, “It’s always good to have somebody to bring up the atmosphere a little bit, but also someone to kind of tone it down and take it more calm and serious when you need to… I would say that Cr1t and myself are probably the ones who are more calm and collected, and n0tail—BigDaddy—is usually the guy who can bring the mood up and make everybody a little happier.”

Tal ‘Fly’ Aizik, Johan ‘n0tail’ Sundstein, and David ‘MoonMeander’ Tan huddle around the Frankfurt 2015 trophy while their teammates look on.

Joining them, Canada’s own David ‘MoonMeander’ Tan is another, more recent HoN transplant.  Known for his quirky personality and entertaining stream, the Vancouver-born Tan made the switch over to Dota 2 in late 2014. In 2015, Tan and Aizik became teammates on compLexity Gaming. When Aizik left compLexity to form (monkey) Business, he took Tan with him, and the rest, as they say, is eSports history.

In the past, Tan has not always been such a dedicated soul; he’s freely admitted to tricking his mother and as a student by pretending to go to school, only to sneak back into his house and play. He would then conceal his presence, sneak back out when it was time to stage his return from school, and announce his arrival to his mother. However apathetic a student Tan may have been, all the hours put into Dota 2 have clearly paid off: he now plays as offlaner for one of the most successful teams in the world.

Call it a Miracle

If there’s anyone on the team worthy of the title ‘prodigy’, it could be said to be Amer ‘Miracle-‘ Barqawi.

Amer ‘Miracle-‘ Barqawi relaxes during the group stages at Manila.

The half-Polish, half-Jordanian 19-year-old fairly exploded onto the scene, emerging from seeming obscurity and rising to pubstardom, then to professional play in 2015. He competed in several Minor and Monthly Events, but it wasn’t until he was picked up by (monkey) Business that he really hit his stride. From there, he made Dota 2 history as the first ever player to achieve a solo Matchmaking Rating (MMR) of over 9000 in March 2016. (As a general rule, professional players tend to sit in the region of 6-7k, with each won match granting additional MMR and each lost match causing a loss of MMR.)

This feat was replicated by Team Secret’s Artour ‘Arteezy’ Babaev some three months later, but Barqawi nevertheless remains the first to have achieved it. It was and remains a truly ground-breaking achievement. The amazement of having done so in evident in Barqawi’s reaction at the moment of realization.  He jumps from his chair, dropping expletives and clapping his hands together in delight, accepting hugs and back-slaps from Sundstein and Tan while his more subdued teammates observe and record cellphone footage.

Barqawi remains a darling of Dota 2 at the moment.  A fan-made OG YouTube channel features, at the time of publication, 628 videos of Barqawi’s gameplay.

Perhaps the least outgoing, most mysterious player on OG, Andreas ‘Cr1t’ Nielsen habitually tends to avoid attention, preferring to let more extroverted personalities dominate the mic.  Nielsen is a compatriot of teammate Sundstein and the same age as Barqawi. Unlike Barqawi, however, Nielsen has been around for quite some time: he’s been competing in Dota 2 since late 2012. Not too much is publicly available about the reclusive Nielsen. His Instagram contains less than two dozen posts, mostly pictures of food and scenery; his Twitter often comprises brief sentences or even just singular words. A YouTube search yields a handful of interviews, most of them relating to specific performances, tournaments, or gameplay.

However, he does have a playful side: when teased about fan comparisons to British actor Benedict Cumberbatch, he responded with a laugh, “I read on Reddit some guys were saying Ryan Gosling… I dig that a bit more I think.” Nielsen has also joked in the past that a large portion of his winnings goes towards products sustaining his hairstyle.

And of course, no recap of Team OG is complete without a mention of their coach, Frenchman Sebastien ‘7ckngMad’ Debs. The 24-year-old has been kicking around the Dota 2 scene in some form or another since 2011. As a competitor, he tended to place in the environs of 5th to 8th with his teams. At TI5, Debs made for a canny, analytical panelist. After a few attempts at returning to the pro circuit this year, he bowed out of Team Kaipi and decided to coach Team OG instead. And to great success: grabbing the mic at Manila, Sundstein took a moment to make an effusive statement of thanks to Debs for his dedication. “This would have never happened without him. Sebastien, thank you so much for this,” Sundstein gushed as his teammates nodded and clapped.

“The Goal Has Always Been TI.”

More than ever, the Dota 2 scene is less about talent, and more about synergy. Skilled players are thick on the ground, and with over 13 million unique players in the last month alone, the talent pool promises to only widen. The last year has seen teams running rosters full of all-stars, only to shake things up a few months later when it turns out that aptitude is secondary to chemistry and hard work. Amidst the a sea of kaleidoscopic changes, it seems that OG has found the winning formula—when asked about OG’s roster, unchanged for a year, and its importance to their Major-winning performance, captain Aizik responded with a grin and three simple words: “Friendship conquers all.”

With two major victories under their belt, OG are seemingly unstoppable—and still hungry for more.

“The goal has always been [to win] TI,” Sundstein said.

If any team can do it, it’s probably OG.

Fans of OG can show their support for the team through the purchase of various branded clothing and accessories, available for purchase on their newly-launched website.