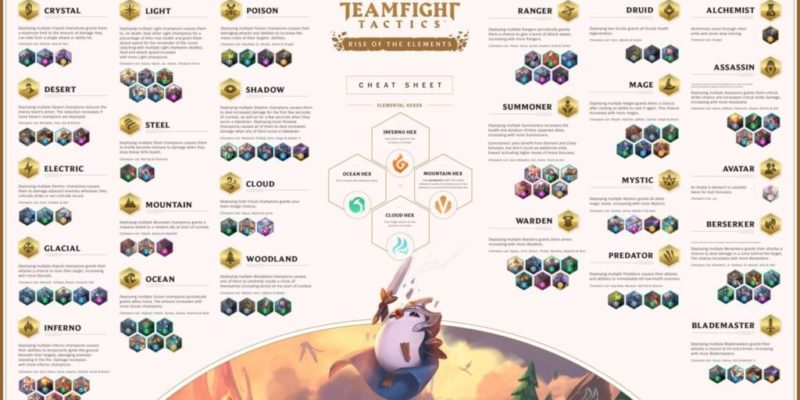 There are maybe 1 or 2 new things to learn

After surprise server maintenance, Teamfight Tactics players found a new world. Set 2, also known as Rise of the Elements, brings a new map, champions, and rules to League’s auto-chess mode. Blindly going into games as I did is unadvised; you’ll have fun, but quick losses are waiting, and it’s a toss-up if you’ll encounter a viable strategy to learn from.

Playtests are, however, guaranteed to show off the improved UI. The current and maximum team size now show on the ground. Hovering the cursor over the synergy list displays icons of the other units necessary to achieve trait bonuses. Possible item combinations are shown in the inventory, but combining them can now only be done by equipping both to a champion. 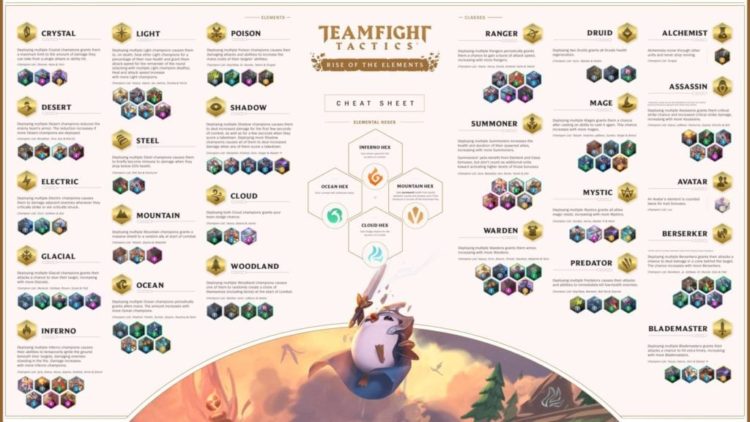 The Set 2 changes are centered around Elemental Hexes.

Proper utilization of the map is a key to victory. The additional row of hexes allows for more strategy in champion placement and more room for mobile units to move. A single element per game is assigned to a hex on each player’s board. (Another, usually on the opposite side, appears as the game progresses.) Placing a unit on an Elemental Hex gives a buff in the item slot; if you wish to equip a champion with a third item, they must be moved from the hex first, and afterward, they will not have a space open to receive the bonus stats. Basing build path off of the game’s element (Ocean works well with Summoners and Mages, Infernal with Berserker and Blademaster, etc.) guarantees strength.

All units are classified by two traits, elements and classes. There are multi-class and multi-element champions, and Qiyana and Lux can show as different elements within the same game. Infernal and Shadow are strong carry elements, while Ocean and Woodland will help survive through the early game. Poison seems fun to use but as of right now is an underwhelming version of the removed Demon trait. As far as classes go, Wardens are useless, and Rangers are a good focus as Kindred and Varus share the Infernal element. But the true powerhouse is the Summoners. The ability to overrun the map with minions is complemented by Inferno and Ocean Elemental Hexes; half the time it’s a solid plan.

Other changes, including those made to items, were covered in our 9.22 Teamfight Tactics patch notes. Rise of the Elements’ first Little Legends, “TFT Damage,” arrive November 10; you can watch the reveal trailer. The new ranked season starts with patch 9.23.