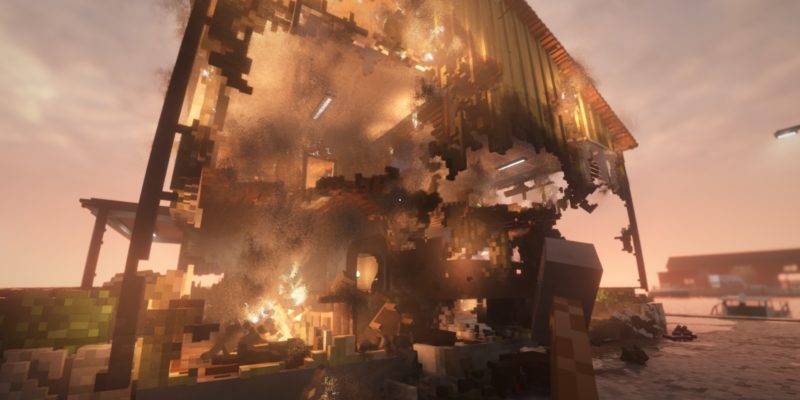 There are few premises that sell me on a game immediately. “Voxel-based destruction game where you play as the proprietor of a demolition company” is one such proposition. Teardown is undoubtedly very cool and has some satisfying mechanics and excellent visuals. And it’s entering Early Access today. But it’s not quite what it seems at first blush. The game is launching with the initial part of its campaign, and already has hours of content for players to blast their way through. But the question stands: is it worth it?

Teardown begins with you entering the building your business is based out of and grabbing some key items. At first, you just have a few tools, including a sledgehammer and a can of spray paint. Upon interacting with your computer, you’re informed by your mother via email that you’re out of money and you’ll need to make more. She then forwards you a job opportunity: demolish a house. This first mission goes exactly as you’d imagine. You show up and start hitting the house with your hammer and throwing exploding propane canisters at it. The sledgehammer breaks most things, but it can’t damage certain materials, such as brick or stone.

I assumed at this point that Teardown‘s missions, of which there are currently 20, would focus on similar endeavors. And, based on the first one, I was very much looking forward to them. But that really isn’t what the game is about. Once you get back home and check your computer again, you learn that the guy who hired you to demolish that house wasn’t exactly up front — the cops are now after you for destruction of property. Luckily for you, your mom was able to sweet talk a local cop into dropping the charges. If you commit some breaking and entering/robbery for her. 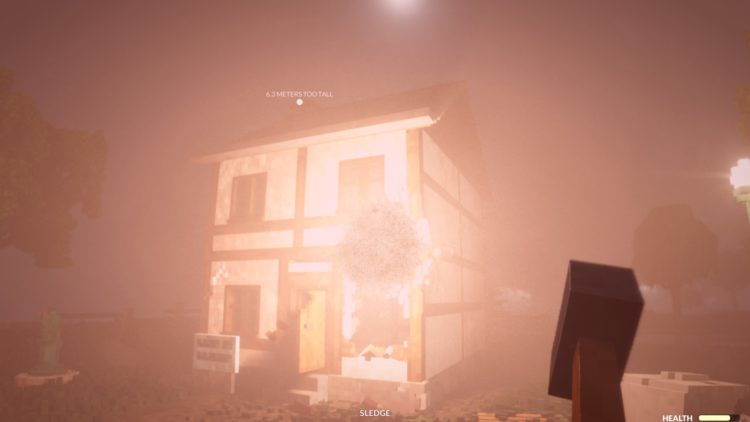 The jig is up

That’s where the rub is: Teardown is a heist game. Typically, once you steal an item, you start a 60-second timer and you have to get back to your getaway vehicle and bail before you get caught. There are often multiple objectives, though, so you’ll need to learn the levels and plan accordingly. But destruction makes things easier. Is the item you need to steal on the second floor (and it takes precious seconds to get downstairs)? Don’t worry, just break the floor so that the item falls to the first floor and save yourself the trouble!

The time limits in Teardown also are not lenient. The first timed heist level ended with me getting back to my car with five seconds to spare. Don’t get me wrong, I like heist games, but I would have strongly preferred the game I thought this was, as the tight time limits and all the stealing just isn’t as fun to me as leveling buildings. Thankfully, the game has a sandbox mode where you can break everything to your heart’s content. You can even make custom levels, although doing so is far from simple.

Teardown currently has several hours of content, including four levels where the missions take place. If a time limit-based heist game sounds good to you, then this game is already very much worth it. I just really hope there are more opportunities for pure demolition, as smashing voxels with a hammer or driving a construction vehicle through the side of a building is too much fun. I’d also like to see a sprint function get added, although that would mess with the current time limit balance. 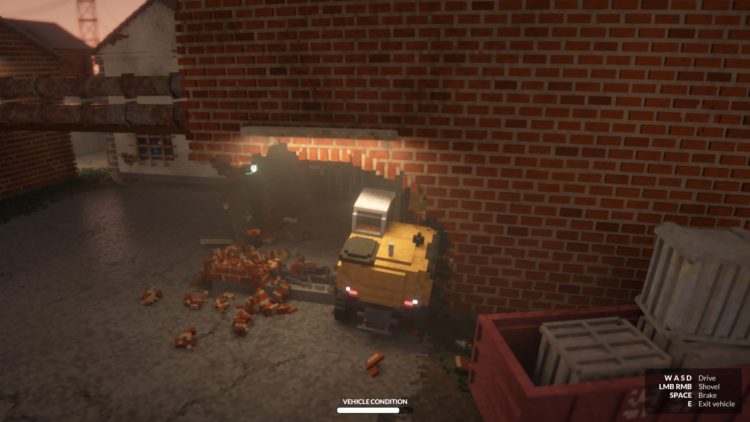 And geometry doesn’t fall as you’d expect and handles more like superglued pieces of Lego when it does fall, as nothing collapses due to force or weight. I also smashed the entire middle of a building and left nothing supporting the top half, but it didn’t collapse.  The framerate is also all over the place, dropping to around 10fps for little reason on a card that shouldn’t have any issue with voxels, regardless of how good-looking the game is. At any rate, I very much look forward to seeing how the development of Teardown progresses.