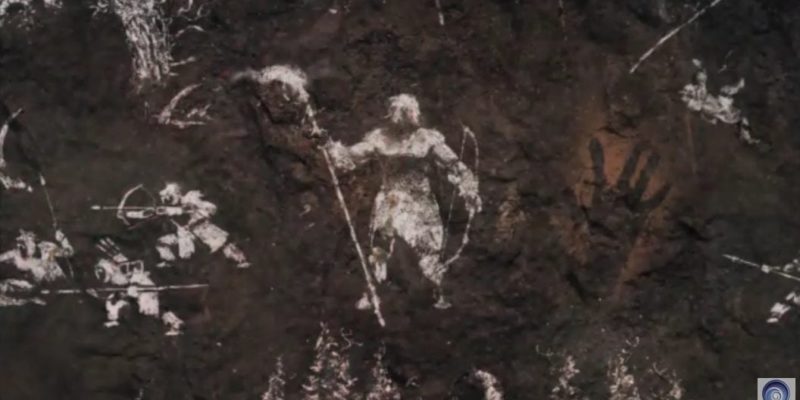 Ubisoft have been running an extremely slow and boring ‘reveal’ teaser for the past few hours, punctuated only by the brief excitement of an accidental audio interruption mentioning Alex Jone’s mental ‘Prison Planet’ conspiracy site. That probably doesn’t relate to the game announcement, but you never know.

The video above has been slowly (oh god, so slowly) pulling back on some cave art imagery featuring hooded chaps with bows and spears. Those hoods look pretty Assassin’s Creed, but the pervasive rumours about this announcement actually point towards Far Cry.

To somewhat support this theory, there is a SteamDB listing for Far Cry Sigma (probably a working/coded title). This listing was added four months ago.

That’s about all there is to go on until Ubisoft decide to stop slowwwwly pulling back a camera shot and actually say what this game is going to be.

[Update]: IGN Turkey jumped the gun with an announcement of Far Cry Primal and have a screenshot to prove it. So that’s probably what it is, then.