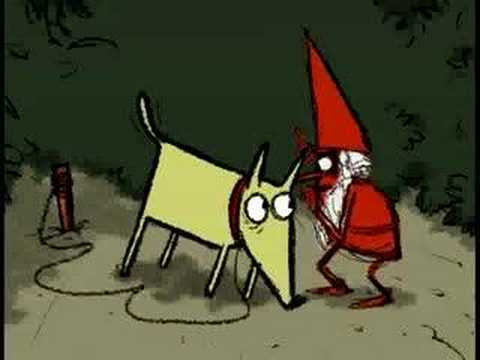 Telltale has announced Puzzle Agent for the PC, Wii, Mac, iPad, and iPod Touch.Going by what’s been seen by Destructoid, Puzzle Agent sees the Sam & Max dev step away from the traditional point-and-click adventuring and instead move towards Professor Layton style brain-teasers.Perhaps most interesting of all, though, is that the game’s art and story have been worked on by Graham Annable, well known for incredibly creepy stuff like this.Puzzle Agent casts you as Nelson Tether of the FBI’s Puzzle Investigation Division, who’s sent off to the town of Scoggins, Minnesota to investigate the closure of the town’s eraser factory, and for whatever reason this will involve solving a whole load of brain-teasers. If you’re not too confident in your puzzle-solving abilities, then fear not: the game contains a hint system tied to chewing gum that you can find around the town.Unlike other Telltale games, however, Puzzle Agent isn’t part of a planned series – right now, it’s looking like a one-shot. Y’see, Puzzle Agent is the first entry in something called Telltale’s Pilot Program, which is apparently Telltale’s way of working on some extremely weird titles. We’re looking forward to seeing what comes of it.Expect Puzzle Agent around June for PC, Mac, WiiWare, and the usual slew of Apple devices starting with “i.”

Six Days In Fallujah Could Be First In Series