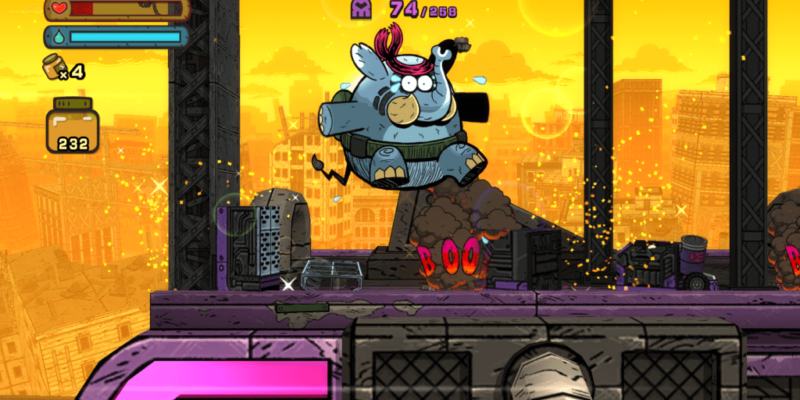 Game Freak, developers of an awful lot of Pokémon RPGs, have turned their talents towards the mighty grey elephant and speedy-ish platforming. Only Tembo: The Badass Elephant and his faithful bird companion Picolo stand between Shell City and the forces of Phantom.

In case you were in any doubt, the forces of Phantom are bad people. They have skulls on their stuff and everything. That’s never a good sign.

If peace and justice and other wholesome values are to be achieved, then Tembo must “jump, smash, punch, swing, and butt stomp” his way through 18 side-scrolling levels. Clearing them of the Phantom menace in the process.

Tembo: The Badass Elephant is coming to Steam on 21 July. You can have a look at the store page already, and the discounted $15 price tag.

As you’d probably imagine, this title won’t tax the system specs too heavily. Here’s what SEGA are currently recommending as a minimum:

To see Tembo in (stationary) action, move your eyeballs to a downward position and have a look at the following set of screens.

Witcher 3 Patch 1.07 is “almost here,” gets a full changelog