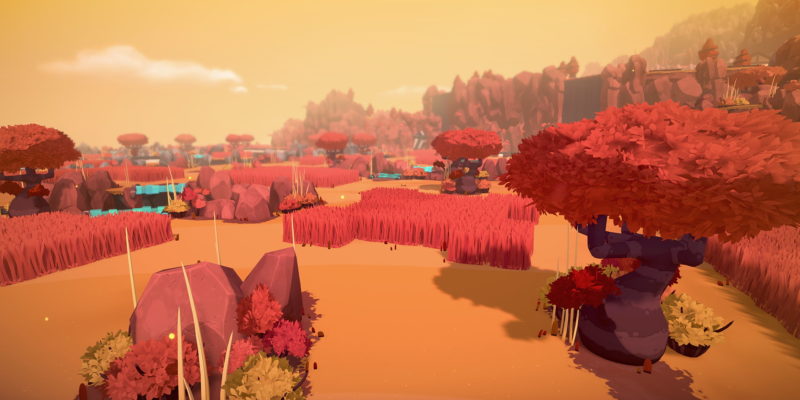 The summer update for Temtem is scheduled to arrive next month, and it has been dubbed the Kisiwa patch. This update will bring a lot of fresh content to Crema’s creature-collector. Most notably, it holds a bunch of new Temtem for players to tame and use in their battles. The Temtem Twitter account has also just revealed new Gear items, Techniques, and Traits coming with the Kisiwa patch.

According to the short-term roadmap, the summer update will bring the new island of Kisiwa, 25 new Temtem, player housing, new emotes, and the long-awaited climbing gear. The in-game chat and club management system that was supposed to arrive in the latter half of spring will now also come in the Kisiwa patch.

The 10 new Gear pieces are the items your Temtem hold during battle. These essentially give them another passive. You can combine Gear with a Temtem’s natural abilities and Techniques to make them tougher, stronger, faster, etc. There are also Gear items that provide non-combat benefits, like passive experience gain or faster TV stat training.

The new gear items will likely provide resistance and damage increases to some of the Types currently not covered. But hopefully, there will also be one or two that have interesting effects. Maybe one that causes a Temtem to lose TV stats instead of gaining them, for example.

We might have expected some new Techniques coming with the Kisiwa patch, but 40 is a mammoth amount. Techniques are your Temtem’s abilities – physical attacks, special attacks, status conditions, and heals. Some of these new Techniques will probably be available to Temtem already in the game. So, you can expect to have to do some more breeding to get your Temtem in tip-top fighting shape again.

Finally, 25 new Traits will also arrive with the new update. Traits are the passive abilities that a Temtem possesses. Each Temtem has a choice of two but can only have one. The new Traits are particularly exciting because they can have interesting and unexpected effects on a battle.

All of these new Gear items, Techniques, and Traits will surely shake up the PvP meta, which is excellent for Ranked Matchmaking. But it also means PvE players will have some challenging new fights on their hands with the new Dojo and tamers in the wild.

By Otto Kratky17 hours ago
Industry