Temtem‘s Saipark has settled into a familiar cadence. One week is for Luma hunting, and the following comes for breeders and those looking to catch Temtem with good SV stats. Unsurprisingly, this week players can catch Temtem with good stats and potentially Egg Moves. However, the initial Temtem Weekly Reset announcement very surprisingly revealed the Saipark Luma rate this week would be zero. This has never happened before in the game. 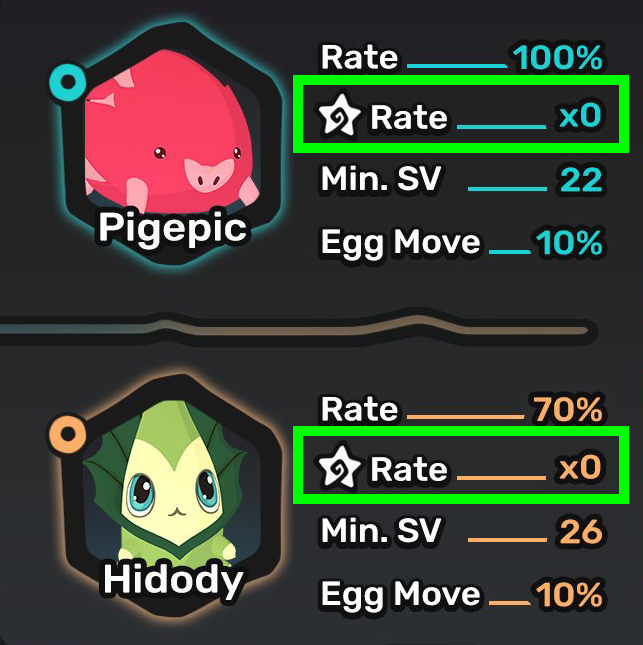 Catching Luma Temtem is one of the major draws for players in the endgame. Having an area with absolutely no chance to catch a Luma, especially the often controversial Saipark, would not go down well with the majority of players. It just didn’t seem like a decision Crema would make.

As it turns out, it wasn’t. The initial Temtem Weekly Reset announcement saying there would be no Luma encounters in the Saipark was a mistake. Crema has since updated the tweet to the correct information. 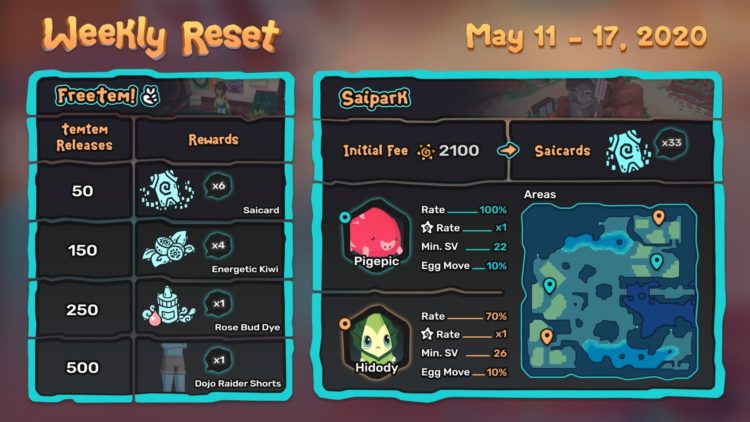 The good thing about the FreeTem rewards this week is that the number of Temtem required for the tier four reward has decreased considerably. Releasing 500 Temtem is still a mammoth task, but it will take a lot less time than 600 or 650.

The FreeTem rewards this week are fairly disappointing, though. One single-use dye for 250 doesn’t compare to the tier three Telomere Hacks and cosmetic items from previous weeks. And, while it’s nice that the tier four reward is easier to get, a pair of shorts just doesn’t compare to last week’s backpack.

Pigepic and Kinu were the most used Temtem in the first week of Ranked Matchmaking.

The most desirable Temtem in the Saipark this week is Pigepic. It’s one of the best supports in the game, thanks largely to a solid move set that includes Bamboozle, Hypnosis, and Turbo Choreography. If you’re looking to breed a potent Pigepic for Ranked Matchmaking, this is a great chance to do so. You might even snag one with an Egg Move already learned.

Hidody, which evolves into Taifu, is a support Temtem like Pigepic. However, it sees far less use than the flying pig. I would focus on catching good Pigepics first. Once that is done, catch a few Hidodys to have in your back pocket.