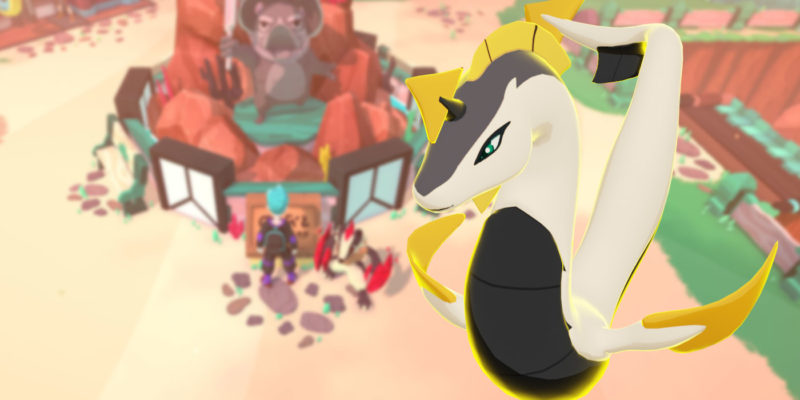 The Temtem Weekly Reset is upon us again, and the new week brings an excellent chance for you to catch a Luma Valash and Nessla in the Saipark. On top of that, the weekly FreeTem rewards are all useful or sellable for a nice Pansun reward. It’s a good week for Temtem tamers, who were already treated to the first images of Kisiwa and a new Temtem reveal over the weekend. 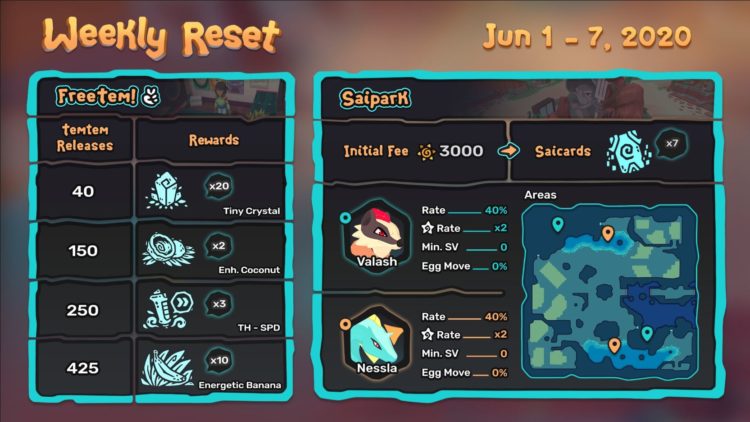 We’ve had concerns lately about the mammoth grind involved in getting the highest tier FreeTem rewards each week. But thankfully, it looks like Crema won’t set the bar over 500 every time. For both last week and this week, you only need to catch and release 425 Temtem for the top reward. This reward of Energetic Bananas should prove useful for prolonged PvE battles. And if you don’t want them, you can also sell them for a total of 1,740 Pansuns.

The Tiny Crystals you get as a first-tier reward will sell for a total of 400 Pansuns. The second-tier reward, Enhancer Coconut, adds 20 to your DEF (defense) TV. That’s always useful when you’re training your Temtem for competitive PvP. Finally, three Telomere Hacks for SPD (speed) are a must-get as the third-tier reward. With the rate FreeTem is handing out Telomere Hacks, it’s actually going to be possible to get your favorite Luma perfect SV stats.

At first glance, the double chance to encounter a Luma Valash or Nessla doesn’t seem like the best, as we’ve had weeks with triple Luma encounter multipliers. However, both Valash and Nessla are very rare encounters in the wild. Your chance of running into one is far less than your 40% chance in the Saipark. So, while the Temtem Weekly Reset only doubles the chances of Valash and Nessla being Luma, the number of times you encounter the Temtem will probably be four or five times greater.

Simply put, you have a lot more than double the chance of catching a Luma Valash or Nessla this week. If you’re a fan of either Luma variant, you should try your best to get one from the Saipark. Valash (okay, Sparzy too) is my favorite Temtem, so you know where to find me in-game this week. Who will I be seeing there?

By Greg Bargas60 mins ago
News