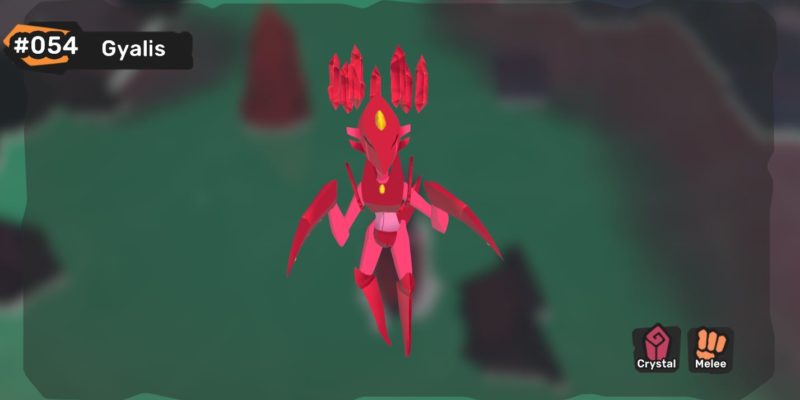 The newest Temtem Weekly Reset brings with it some nice goodies for Temtem players. However, they come at a cost: time. The FreeTem! Organisation is sticking to its guns and asking you to catch and release 600 Temtem for its top tier reward, which is a very expensive dye bundle. But the real catch in Temtem this week is Gyalis in the Saipark with a small chance at an Egg Move.

Temtem Luma hunters will be disappointed that there’s no increase to Luma encounters. However, the 25% chance to catch Gyalis in the Saipark is considerably better than in the wild. So, if you were hoping to catch a Luma version of this Temtem, this might be the best chance you ever get. Plus, now you can also spend your time battling against other players in Ranked Matchmaking. If you need help with assembling a competitive team, check out our simple guide to Temtem roles. 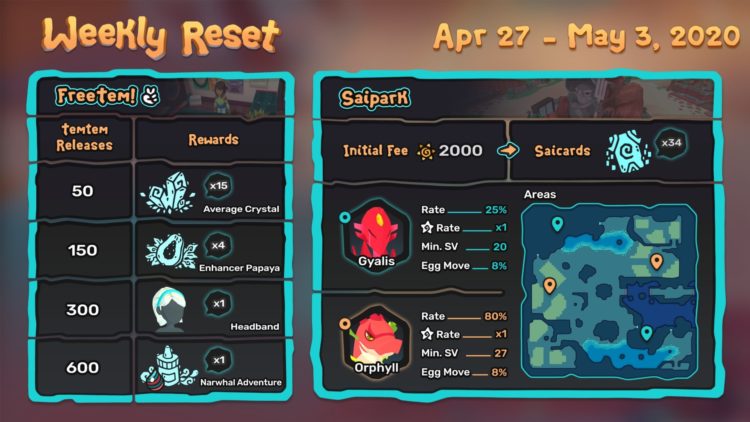 Get your grind on for FreeTem rewards

The Average Crystals you earn at tier-one are worth 60 Pansuns each. That’s a nice bonus of 900 Pansuns for not much effort. The Enhancer Papayas at tier-two each give your Temtem an increase of 20 TV to SPDEF. That’s going to save you a lot of time or money when you’re training your Temtem.

The Headband for releasing 300 Temtem is the second female cosmetic in a row. That’s going to be annoying if you have a male character. As for tier four, it’s still a mammoth grind. However, the Narwhal Dye Bundle costs 28,999, so you are saving a lot of cash if you get it.

Get Gyalis while it’s hot

Gyalis is one of the strongest Temtem in the game right now. Along with Volarend, it’s the most banned in Ranked Matchmaking. Gyalis has excellent base stats for PvP, as well as Techniques that complement its physical prowess. Two of its Egg Moves are essential for competitive Gyalis builds, too: Haito Uchi and Heat Up. Haito Uchi can be bred from a common Skunch. However, unless you chose Smazee as your starter Temtem, you can only get Heat Up from Anahir.

This is problematic because you don’t want to waste any of Anahir’s fertility in case you decide you want to breed a perfect seven SV version of it later. Anahir was made in a lab, so there’s no guarantee there will be more in the game. So, you should probably hit up the Saipark and attempt to catch a Gyalis with Heat Up. It’s going to take you a while, but it will be worth it. Heat Up is a no hold move. So, when you encounter Gyalis in the Saipark, you should know immediately if it has Heat Up.

There are plenty of worthy pursuits in Temtem with this Weekly Reset, so don’t waste any time.

Hergé’s Tintin will soon have a new video game