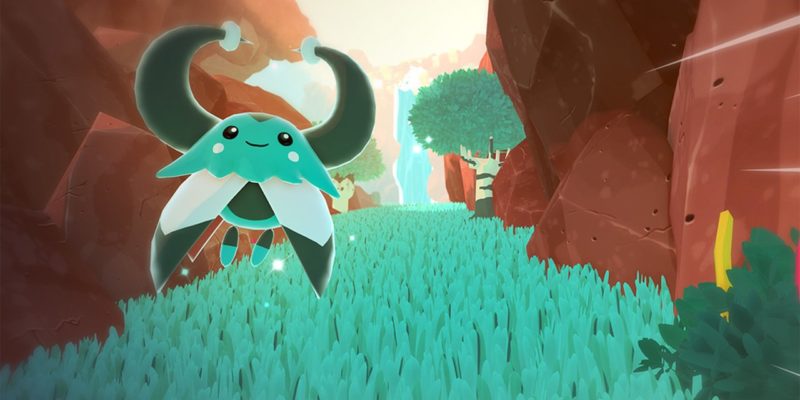 Temtem’s latest Weekly Reset for the Saipark and FreeTem! Organisation will run from March 2 to 8. And it’s a good week to be a Luma hunter. This week FreeTem will reward players with a dye bundle if they catch and release 300 Temtem. And in Temtem’s Saipark, players can encounter Gankis and Saipats at 2.5x the regular Luma rate. 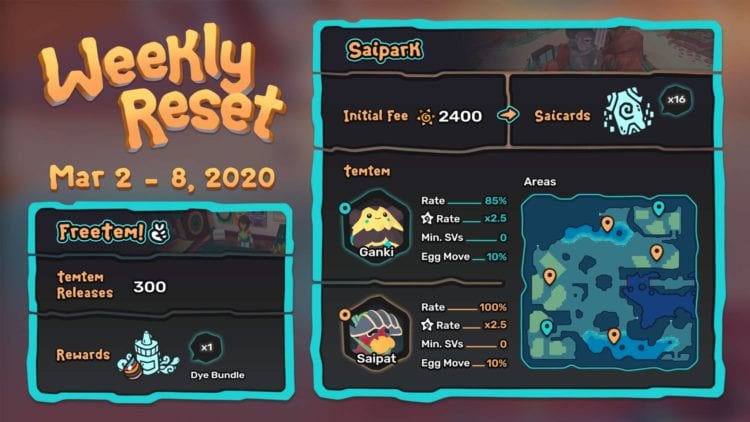 Dyes in Temtem are single-use items. So, you’re not even permanently unlocking access to a color palette. Plus, dyes are incredibly expensive. The Sillaro Romance Dye Bundle can be purchased in Turquesa for 28,999 Pansuns. To put that into perspective, you can buy a perfect 7SV Temtem for less than that.

You can’t sell the dye bundle for even close to the same amount as you purchase it for, however, players will purchase the Forge Dye for around 13,000 Pansuns. But that amount is probably getting lower by the day this week.

You can get 16 Saicards for 2,400 Pansuns. But if you’re Luma hunting, you’re holding out for that one shiny encounter. So, you only need one Saicard; maybe two if your first throw doesn’t capture the Temtem. Think about it this way: You’re paying 2,400 Pansuns to improve your chances of catching a Luma by 2.5. That’s a good deal. You also have a chance to get a Luma with an Egg move, which is really good. Particularly for Ganki who needs Tesla Prison in his arsenal to be competitive.

I’ve talked about it before, but you need to know what you want out of the Saipark before spending your hard-earned Pansuns on it. If you don’t want to spend hours hunting a Luma Ganki or Saipat this week, don’t waste your money.

Check back with us next week for details on Temtem’s next Weekly Reset. You can also check out our guide hub for assistance with other parts of the game. Happy hunting, tamers.