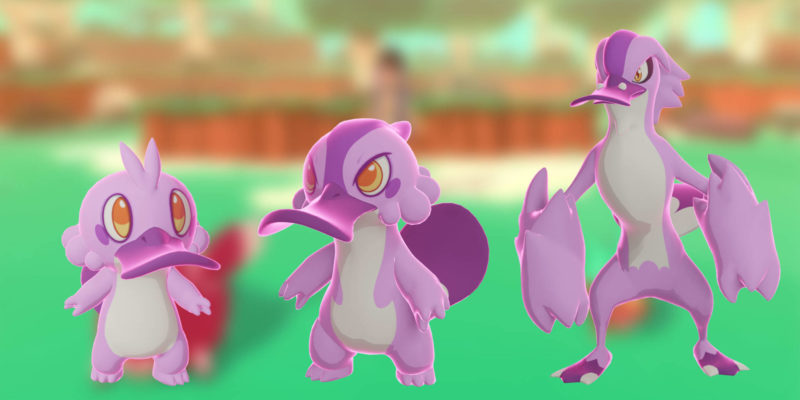 Two weeks ago, Crema gave players their best chance to encounter and capture a Luma Temtem in the Saipark. With the latest Temtem Weekly Reset, your chances to catch a Luma Toxolotl are even better. And your chances to encounter a Luma Platypet are fairly good too. As for the FreeTem! Organisation reward for the week, Silicon Chunks, they’re not unique, but they are valuable. 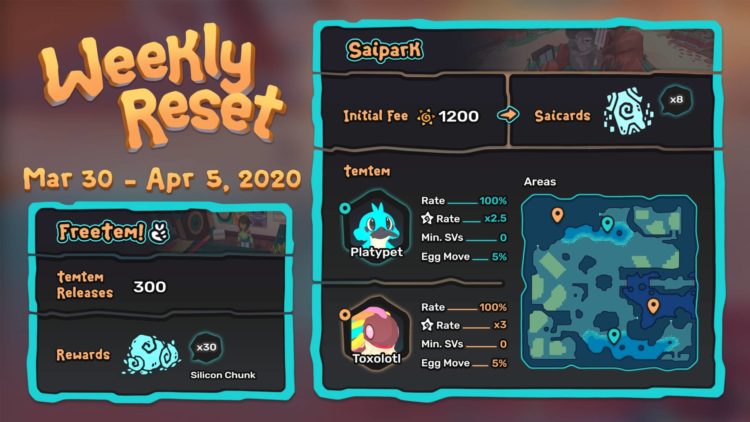 This isn’t the first time FreeTem has handed out Silicon Chunks as a reward for capturing and releasing Temtem. However, last time around, players only had to release 250 Temtem to receive 25 Silicon Chunks. This time, the grind will take you a bit longer because you have to release 300 Temtem. But that means five extra Silicon Chunks. Which means more Pansuns.

Each Silicon Chunk can be sold for 799 Pansuns. So, (calculator out) that means you’ll get 23,970 Pansuns for selling 30. That’s a solid cash injection. You can use that money to get yourself a unique cosmetic or a perfect SV Temtem.

The two Temtem roaming the Saipark this week are both fan favorites. Platypet probably has more fan art than any other Temtem, while Toxolotl is one of the most visually striking Temtem in the game. And your chances of catching a Luma version of either is pretty good this week… relatively speaking. Even though your chances are good, they are still very, very low. Luma hunting isn’t for the faint of heart. 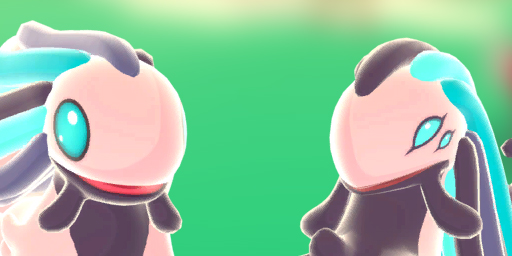 If you want to play the odds with the latest Temtem Weekly Reset, you should invest your time trying to capture a Luma Toxolotl. At 3x the regular encounter rate, your chances of finding one are 1/2,666. That’s the same as two weeks ago, but this time you have a 100% chance to encounter Toxolotls. You only had an 80% chance to encounter the previous Temtem with a 3x Luma rate, Mushi, in the Saipark.

As for fan favorite Platypet, a 100% encounter rate with a 2.5x increase to Luma encounters is still a very welcome boost to Luma hunters. The chances are 1/3,200. That’s better than most Saipark increases we’ve seen. Plus, both Temtem in the Saipark this week have a 5% chance to possess an Egg Move. But I wouldn’t hold out for that. That’s particularly true with Platypet, as it can learn six different Egg Moves – not all of which are useful.