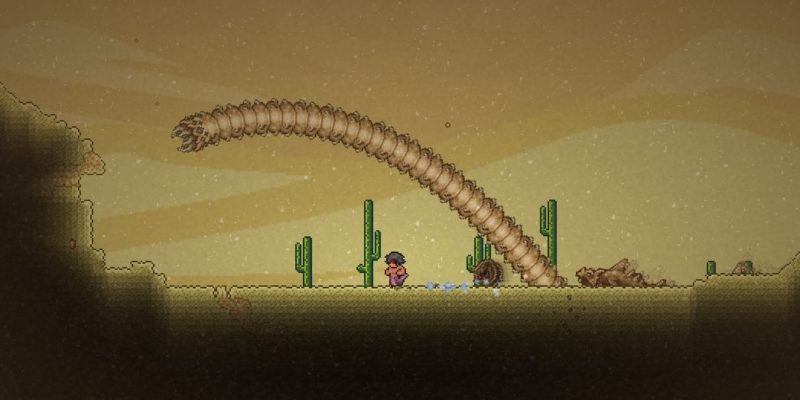 The latest PC patch for Terraria, version 1.3.3, comes dangerously close to invoking Darude by adding sandstorms to the popular 2D dig-and-build-a-thon. Other, more desirable, items can now be found in the desert biome as well.

New items, new enemies, and a new soundtrack (probably not Darude, but I can’t confirm) are all included. In addition, both Desert and Underworld settings have gained a hazy heat effect, and Blizzards should have a new visual effect as well. Heading back to the Desert environment for a second, there are now dripping sand effects to be found which can be “placed anywhere by the player with the Magic Sand Dropper”.

Here’s a full list of features, changes and additions in Terraria 1.3.3.