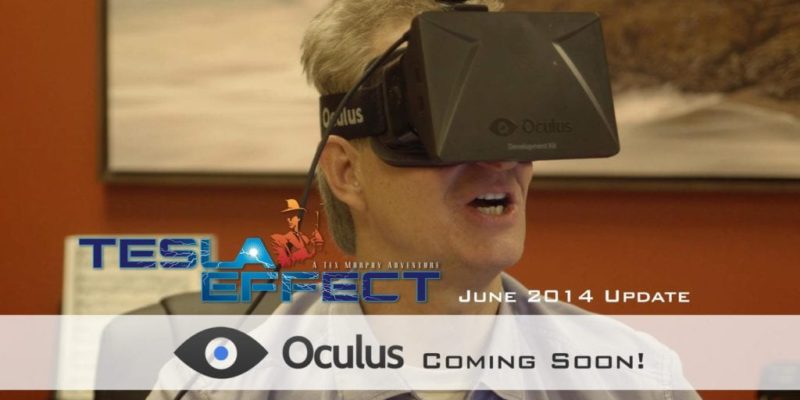 It’ll be just like Louie’s right in front of you!

Big Finish Games have announced that Tesla Effect: A Tex Murphy Adventure will be getting Oculus Rift support in the near future.

I’m not quite sure how well this is going to work, but if it works well, it could be quite a thing – a first-person FMV adventure with VR technology could be kind of interesting, particularly in the conversations. Although maybe not so much in the third-person cutscenes. Those might be a bit weird. We’ll have to wait and see.

This announcement coincides with news that Tesla Effect will be going on sale on GOG and Steam fairly soon. If you want to pick it up for cheap on GOG you can do so when that sale starts tomorrow (13 June), but if you’d rather have it on Steam, you’ll need to wait a week until 20 June. Considering the dates, I’m going to guess that both of these will be weekend sales, but there’s no word yet on how much the game will be reduced by.

I quite liked Tesla Effect. It had some bugs, some rubbish puzzles, and a few other grating little issues, but it was basically a Tex Murphy game, and that was pretty much exactly what I wanted. Yes, okay, it had its flaws, but it’s hard to imagine anyone who wanted another Tex Murphy game being disappointed.

The video below has the announcements. Hooray!