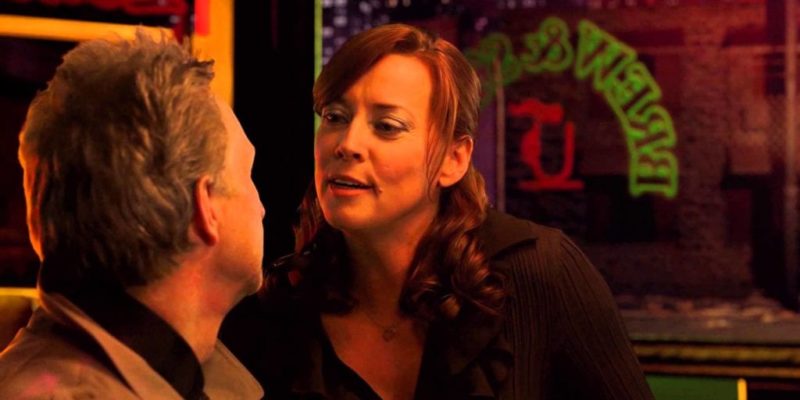 Fans of old adventure games will know the name Tex Murphy, not least because he starred in some of the very (very) few FMV adventures that were actually good. As a classic trenchcoat-wearing, fedora-sporting PI in a post-apocalyptic Los Angeles, good ol’ Tex had to solve all sorts of murders and mysteries, and regularly became entangled with evil plots to take over the world.

And now, happily, Tex is back in another FMV adventure – The Tesla Effect – currently in production at Big Finish Games. We’ve seen little glimpses of it here and there, but the eight minute trailer below gives a really lengthy look at it.

It… it looks pretty much how I dreamed. The FMV is cheesy. The special effects are perhaps a little rubbish. The acting takes huge mouthfuls out of the scenery. This isn’t me saying “it looks rubbish”, either; this is exactly what I wanted, and I mean all of this as praise.

In gameplay terms, it looks like you’re still wandering around environments from a first-person perspective, solving puzzles, unravelling mysteries, following multiple paths through the game to one of five endings, and probably battling with some sort of dark cult in a plot that appears to span everything from Nikola Tesla to Faberge eggs to… look, just watch the trailer. Unless you’re frightened of possible spoilers, anyway. It does seem to give a fair bit away.