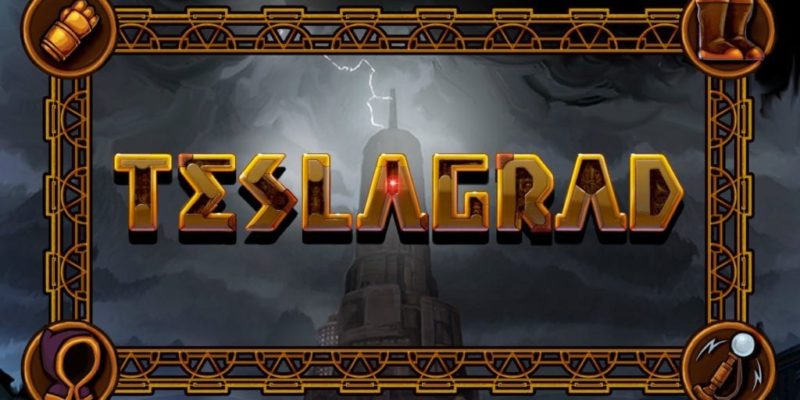 Rain Games’ puzzle-platformer Teslagrad has received a release trailer – and in good time, too, considering the game is out on Friday. (That’s 13 December, calendar fans.)

Teslagrad casts you as a young boy exploring a giant steampunk-y tower, and using all sorts of ancient electricity-based technology to help you proceed through. For example: as the trailer shows, you’ll get your hands on a glove that lets you magnetise things and a pair of boots that let you blink across short distances. Considering that the tower is full of deathtraps, strange shadowy monsters, and huge mechanical guardians, you’re probably going to need them.

Platforms aside, though, there are also a fair few puzzles within which will also rely on your ability to manipulate electricity. You might need to magnetise a block and ride it upwards, or find a way to charge yourself so that you can stick to a magnetised ceiling and proceed over a dangerous pit, or… well, yes. In Metroidvania style you’ll be periodically acquiring new items as you proceed, and it looks like it might have a bit of Metroidvania-esque backtracking, too, with previously inaccessible areas becoming reachable when you have more abilities to employ.

Teslagrad also has absolutely no text or voices, apparently, with the entire story being told through both visual cues and the atmosphere. If nothing else, it looks pretty fascinating, and for £6.99 it might be worth a punt. Have a gander at the trailer below.