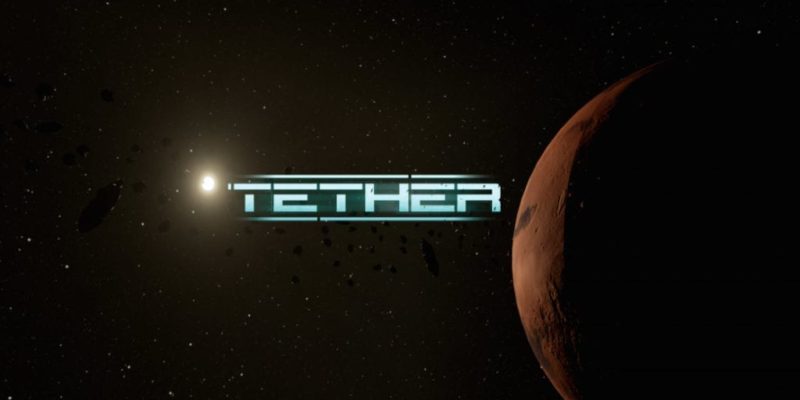 Earlier this week, we reported on the story of a game struggling through development that was looking for a second chance. That game is Tether, the passion project of Freesphere Interactive. To summarize briefly, Tether has been developed over the course of a few years by around half a dozen people in their free time. Freesphere has submitted demos looking for publisher and developers twice, but neither of those worked out for the game.

So, the team took a break, and they joined back together a year later to try again. They have now created a playable demo that anyone can access over on itch.io, which they hope will help gather attention from investors.

What does the Tether demo show us?

I took some time to play through this demo to see what interesting or unique things the game offered the psychological-horror genre. That space is, after all, incredibly crowded in the indie development world.

The Tether demo shows a very small slice of the title’s gameplay. Players take on the role of Lesleigh, a researcher for the United Environmental Federation. The demo shares a small chunk of narrative that goes into her role as a mother and wife who left her family to take the two-year journey to Mars. She awakens, however, to find horrific events have taken place, even stumbling upon her murdered co-workers. While doing this, she also comes across several hallucinations of her son.

These visions of her son seem to be what moves the game forward through its labyrinthine spaceship setting. There are also shadow creatures that appear several times throughout the demo. Their origin is a major mystery for players to solve. 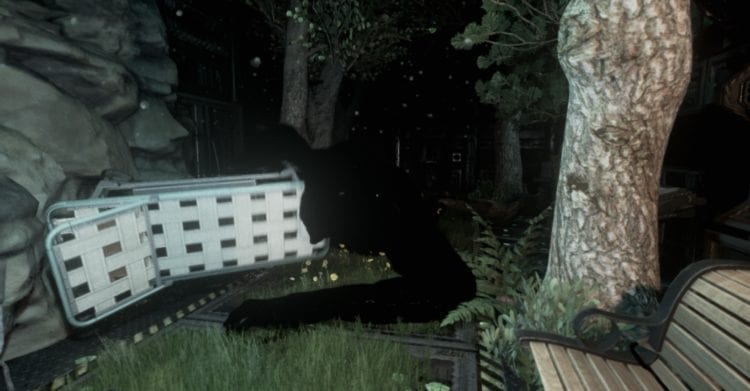 Shadow creatures are sometimes small, while other times they are large enough that they have to crawl through the ship.

Neither the frantic chase after the intangible child nor these shadow beings stick out as very compelling. I play relatively few horror games, and even I felt like I’d heard this story before. The dynamic is that you chase one and flee the other. Perhaps their roles will come together to represent her running from the shadows of her past even though she wants so bad to return to better days? What actions these two things will cause Lesleigh to take or how she must overcome them is hard to predict from the short Tether demo, but it does whet the appetite for a larger narrative.

The choice between Lesleigh’s family life or fighting against the shadow monsters isn’t the most interesting part of the game, though. Rather, the reason why she left Earth in the first place is what has my interest piqued. Humanity is headed to our terrestrial neighbor in order to terraform it into a new homeworld. Earth is being plagued by constant natural disasters which are destroying the planet. What is causing this? Well, turns out a series of events led to both the collapse of several continents and the destruction of the moon. That’s a pretty awesome, high-stakes background, right?

The trouble with this is that the background story sounds way more interesting than the story in the spotlight. I found myself wanting more details about the impending destruction of Earth, rather than the shadow creatures or Lesleigh’s son. However, this could just be because of where the demo starts.

I would love if Freesphere changed things up a bit. What if we spent the beginning of the game with the family so the player builds investment in them? Then, Tether could put us right in the middle of one of the disasters on Earth. That way we could see this exciting part of the story. This should cause the player to feel the weight of leaving their family for the sake of saving humanity with very little prompt from the game itself. It would give the events in the spaceship more importance since the player cares about the son. That would help motivate them to complete the voyage and, thus, deal with the shadow creatures. 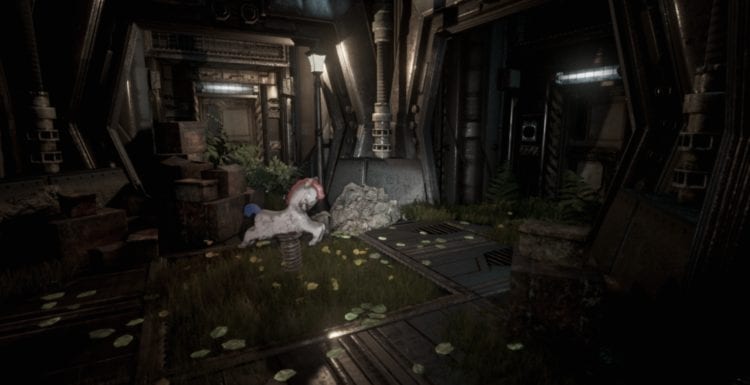 Where the game is strongest

With my critique of this minor bit of the demo’s story out of the way, it’s important to note that Tether does have plenty of strong points. It pushes the player forward in a really natural way. I never felt lost, and I usually had an idea of where the game wanted me to go. When I didn’t know what turn to take next, it never took me long to figure it out.

The player is pushed forward by the aforementioned visions of her son and (in the demo specifically) by finding keycards that open previously-locked doors. Lesleigh makes a note of which doors need a code or a keycard to access, which I appreciate. This prevented me from wasting time trying to open doors that the game never meant for me to interact with. I’m interested to see what Freesphere plans to do later in the game to keep pushing the player forward while avoiding the repetition of a ‘find a keycard, find the matching door’ formula.

Wrap-up on the Tether demo

Tether has great potential if the game’s development continues in the direction that it’s headed. My main hope is that Freesphere keeps building the main narrative. They’ve built a really interesting world for it, after all! Players just need to care about the son as more than a mere plot device on the spaceship. As for the gameplay itself, it feels great from the small chunk I played. If that keeps evolving through the game, players will surely have an easier time keeping engaged with it.

While we wait for more news, go and try the game out for yourself! I would love to read your thoughts on the Tether demo.