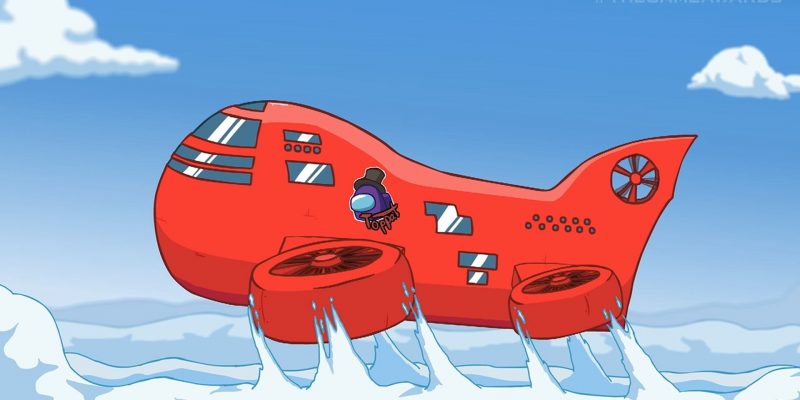 Among Us fans have finally received the news they’ve been waiting for. InnerSloth announced today that the game’s newest and biggest map yet, The Airship, has a March 31 release date. The developers first announced the map during The Game Awards back in December, but remained mostly quiet on the update until now.

The official Among Us Twitter account unveiled The Airship’s release date and shared the latest dev log, including an explanation for the map’s delay. The post explained that InnerSloth didn’t expect to see Among Us grow so popular in 2020. Within just a few months, the social deception game became cross-platform, so the team had to put extra work into making sure all platforms ran the map smoothly. At the same time, InnerSloth also wanted to launch an Among Us account system, so working on the map and the account system together took extra time. The account system aims to diminish toxic behavior in the game and make it easier to report fellow players for misconduct.

For those who are unfamiliar, Among Us first hit PC in 2018, but it didn’t receive much traction until last year. The game randomly assigns each player in a group a role as an Impostor or Crewmate. A Crewmate’s job is to simply perform tasks around the spaceship. An Impostor, on the other hand, must sabotage the ship and kill Crewmates without being seen. The Crewmates then gather in meetings to determine who the Impostors are before the team is wiped out. Trust no one.

this NEW map is our biggest one yet, including:
• all new tasks
• different starting rooms
• preliminary account system
• more!!!

wake up ur crew it's almost time to eject impostors

There’s plenty to do aboard The Airship

InnerSloth took inspiration for its newest map from The Henry Stickman Collection, the developer’s earlier game series. The Toppat Airship will not only be Among Us‘s biggest map yet, but it will also include some brand new features. There are new tasks and new ways to get around the map, like ladders and moving platforms. Plus, players can choose which room they appear in after meetings. InnerSloth also teased that, as thanks for fans’ patience, some free in-game hats will be available upon The Airship’s March 31 release.

The Fall is free today on the Epic Games Store