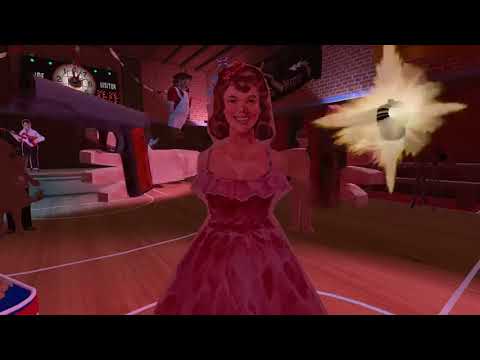 As the gun debate continues to rage in the US, the timing of this satirical release seems rather appropriate. In this VR release, The American Dream, players tackle 1950s American life with guns, everything is about guns whether it’s flipping a burger or delivering a child. Guns, guns, and more guns.

The game takes place in a complex setup by American gun manufacturers to help guide citizens to become a true American patriot which can apparently only be achieved by solving every problem with guns. Players are guided through 20 levels by a talking dog called Buddy Washington with a wide array of weapons on-hand such as pistols, shotguns, SMGs and tactical sporting rifles to solve problems.

Such a reality would be an NRA member’s dream and much of the content has probably already been tried on NRATV as gun-toting entertainment.

The American Dream from Samurai Punk is set to release on 15 March.