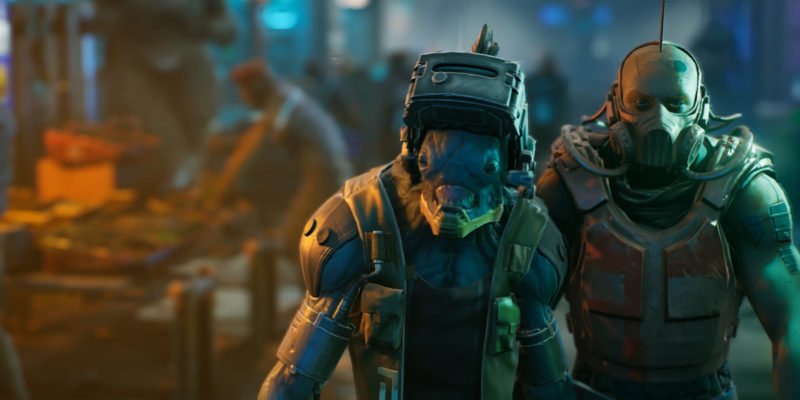 If you jumped on to browse Game Pass and find something new to play last weekend, The Ascent may have caught your eye. The neon-drenched streets of Veles offer a Bladerunner aesthetic that is more than enough to make any cyberpunk fan quake with excitement. As a game, it’s pretty fun too. We reviewed it and found the overall experience to be polished, and a good value.

Perhaps more exciting for Game Pass subscribers was the fact that The Ascent would be available on day one for subscribers to the service. Unfortunately, the Game Pass version didn’t match up to what we experienced.

If you happen to have a particularly mighty graphics card, you could even turn on ray tracing for added immersion. Features like DLSS and ray tracing are greyed out on the Game Pass version, which results in considerably worse performance for those with GPUs that support Nvidia’s framerate boosting tech. None of that is possible as of right now for Game Pass subscribers, but Neon Giant is working on a fix.

Someone get an AGI to fix this AI upscaling

The developer responded to a tweet discussing the lack of DLSS and ray tracing for the Game Pass version of The Ascent. While no specific details were given on progress, the team is working to bring the features “up to parity.” It appears that Microsoft didn’t get the same version of the game that Steam did, or there were some compatibility issues.

The current version of The Ascent on Game Pass is still entirely playable, but you won’t get the best experience compared to the Steam version. At this point, you can either play it as is on Game Pass and wait for a potential fix, or buy it on Steam if you’re dead set on experiencing The Ascent now.

We are working on bringing them up to parity. The level load is news to me though, thanks for bringing that to my attention! / Tor