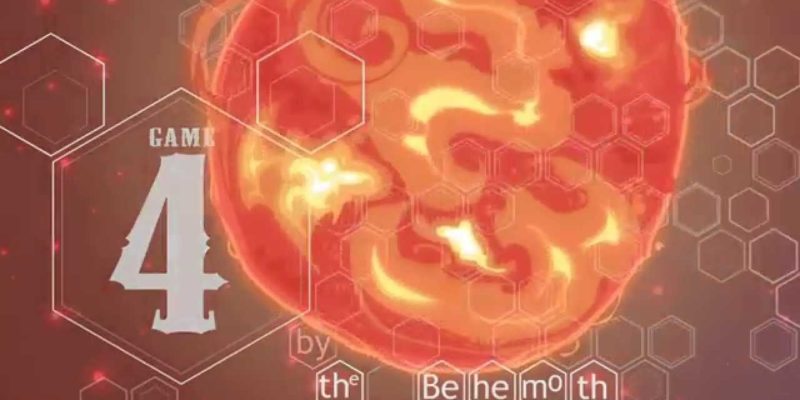 The lovely fellows behind BattleBlock Theater and Castle Crashers are now teasing some information relating to the enigmatic Game 4. I guess it being called Game 4 isn’t all that enigmatic, given that it’s their fourth game. But specific details are, so far, quite sparse.

It involves a giant bear crashing into Earth and more narration from Will Stamper though, so I’m already quite up for it.

In their blog post about the game, The Behemoth say it’s “of a genre we haven’t covered before and seek to breathe a new flavor into” and suggest there might be some sort of a hint in the accompanying teaser video. I’ve posted that below, so you can try to dig that one out yourself. The trailer has a lot of hexes in, so maybe it’s a … strategy game?

Whatever it turns out to be, Game 4 will be playable at this year’s PAX.

I’m just assuming at this point that Game 4 will end up on PC. The last couple of Behemoth titles have, and they seem quite agreeable about releasing Steam version (even if they’re a bit later than the console ones.) Until I learn otherwise, chances seem pretty good for this one too. Don’t let me down, Behemoth, I need to play this at 15k resolution with 50x anti-aliasing like a true PC owner.

Civilization: Beyond Earth system specs and pre-order on Steam

Atari is revisiting Alone in the Dark and Haunted House