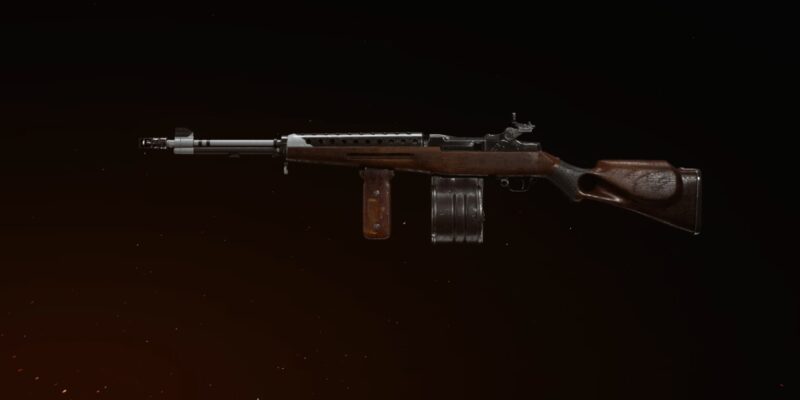 The launch of Call of Duty: Vanguard introduced a new campaign, multiplayer maps and modes, and a new Zombies experience. Even though we are only in the pre-season, Sledgehammer Games has continued to roll out new content. The classic Shipment map made a return and the Secrets of the Pacific limited-time event has arrived. As well as classic maps, Vanguard also has some classic weapons. One of these weapons is the M1 Garand and you can build a strong class to take into your next Vanguard multiplayer match, with the best attachments.

As Call of Duty: Vanguard is set in World War II, it is hardly surprising that the M1 Garand features in the game. The multiplayer maps that allow you to make the most of the weapon are ones that are medium to large in size. Gavutu, Red Star, and Desert Siege are just a few examples where you will be able to dominate with this marksman rifle. The weapon has the ability to kill an enemy in just two shots. However, its recoil can make the gun rather difficult to control. Therefore, this class will mainly focus on making the gun more accurate, while adding to its firepower.

To begin your class, the F8 Stabilizer is useful in improving the accuracy and damage range. Pairing this with the Cooper 21” Shrouded Barrel will further increase your accuracy, as well as provide reduced scope sway and weapon bob. Additionally, you will experience more range and bullet velocity, which will make your weapon more powerful. Perhaps the most important attachment in making your gun as accurate as possible is the Chariot S3 TC Stock. Apart from seeing your marksman rifle gain significantly more aiming stability, equipping this attachment also boosts your flinch resistance, recoil recovery, and initial accuracy and recoil control.

Next, the Heavy Foregrip reduces weapon sway by giving your gun better recoil recovery, aim walking steadiness and aiming stability. Reinforcing this with the Stippled Grip will ensure your accuracy is maximised by allowing for more recoil recovery, and initial accuracy and recoil.

In terms of a magazine, the .30-06 16 Round Drums is a viable option. While increasing your magazine capacity, your reload speed will also be faster with this attachment. Moreover, the Lengthened Ammo Type will grant you 30% more bullet velocity to make your bullets more deadly. Then, the Fully Loaded Kit will ensure you have the maximum starting ammunition, so you have more than enough of these hard hitting bullets.

Your Vanguard M1 Garand class will benefit from the Vital Proficiency, which increases the size of the critical hit area on enemies. Finally, the Slate Reflector Optic will allow you to take advantage of the improved accuracy and firepower that this class provides.